Chase Elliott raced inside the top 10 for the majority of Saturday night’s race at Bristol until contact from a competitor sent the No. 24 NAPA AUTO PARTS Chevrolet spinning late in the race. Diligent repair work by the NAPA team allowed Elliott to salvage an 18th-place finish.

Elliott and the No. 24 NAPA AUTO PARTS Chevrolet SS started fourth for Saturday night’s 500-lap event at Bristol Motor Speedway. The 21-year-old driver took over the race lead for two laps early in Stage 1 before ending up fourth when the first green-checkered waved at Lap 125. 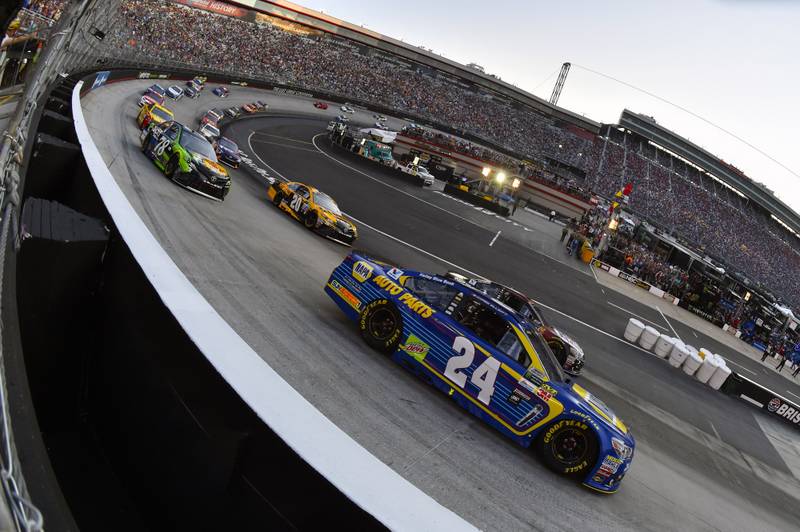 During the stage break, Elliott reported that his No. 24 machine was handling loose. The team pitted for four tires and fuel. When the race restarted, Elliott took the green flag in fifth. The No. 24 was shuffled back when the inside line had a slow restart. He narrowly missed notching another top-10 finish in Stage 2 as he was scored 11th to end the stage.

Elliott quickly re-entered the top five in the final stage after not pitting during the stage break. The Dawsonville, Georgia, native continued to run near the front of the pack until there were just over 100 laps remaining under the lights at Bristol. 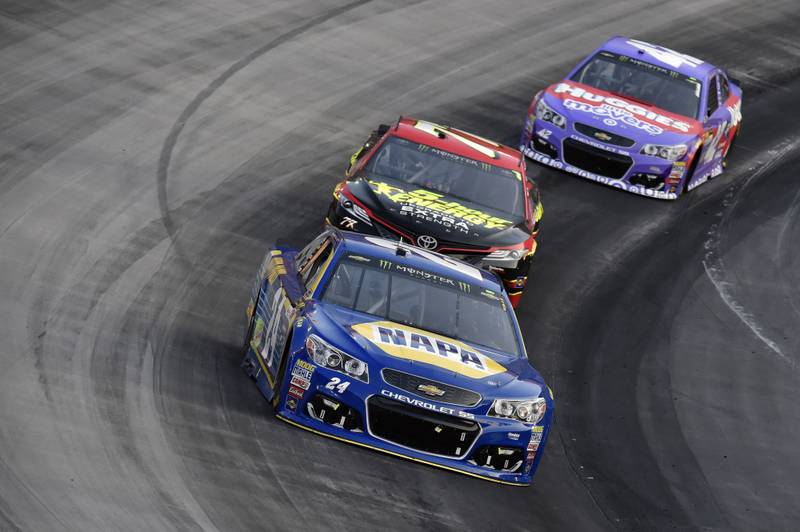 On Lap 397, the second-year driver made contact with a competitor that sent the No. 24 Chevy spinning toward the inside wall on the back stretch. While Elliott was able to limit the damage suffered from the spin and slight contact with the wall, the NAPA AUTO PARTS team worked quickly to make repairs to allow Elliott to return to the track one lap down in 20th.

When the caution flag waved again on Lap 417, Elliott received the free pass to return to the lead lap. He restarted 20th and was able to move up two spots to finish the night 18th. 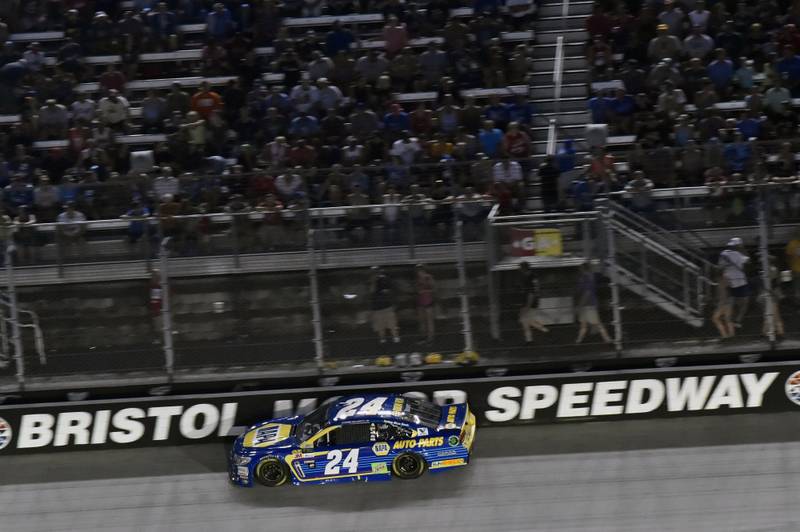