Elliott started on the outside pole and held that position for the entirety of Stage 1 until there were just two laps remaining. Hot on the heels of the leader, Elliott passed Kevin Harvick when the No. 4 car experienced a flat tire. Elliott held the lead to win Stage 1. 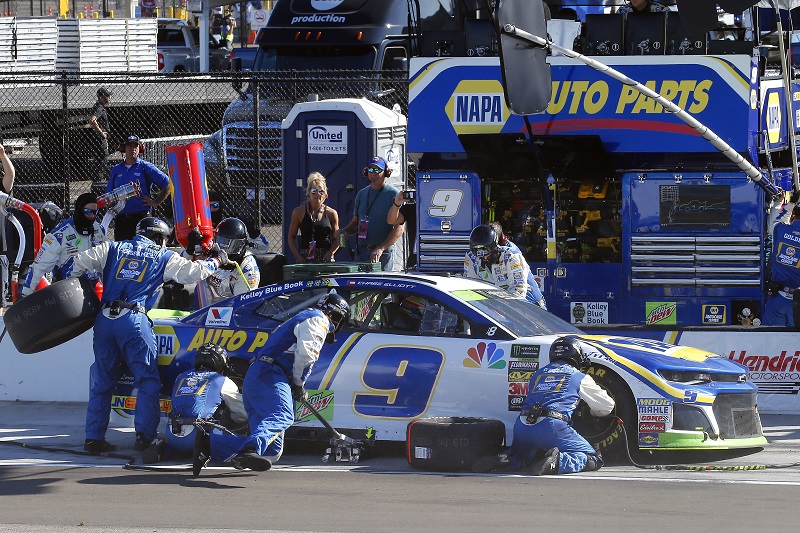 Quick work by the No. 9 NAPA AUTO PARTS team on pit road between segments allowed Elliott to maintain the lead to begin Stage 2. Shortly after the green flag flew, he fell back to second and had to work to hold off a number of competitors to maintain the runner-up position. With 38 laps to go in the second segment, he was passed to drop to third. 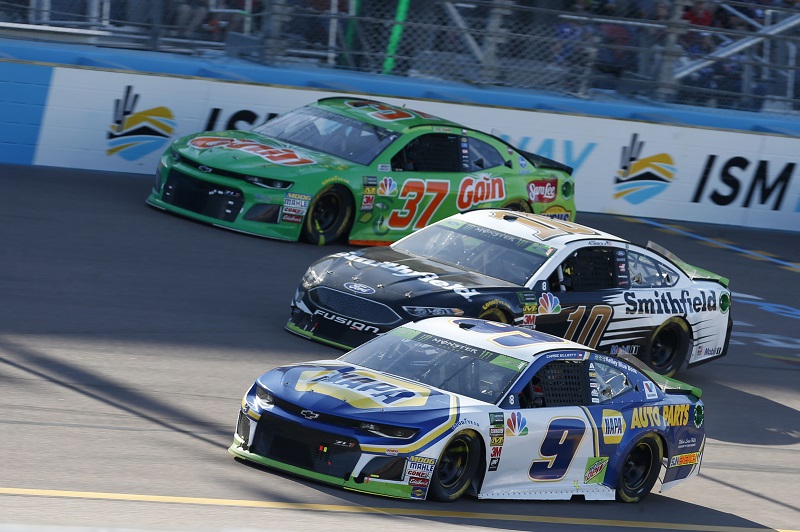 With 17 laps to go in Stage 2, a caution flag flew and Elliott headed to pit road while some competitors stayed out. The strategy put him in 11th for the restart with ten laps remaining in the segment. He moved up to seventh before the green-checkered flag waved at Lap 150.

Prior to the start of the final segment, Elliott headed back to pit road for fresh right-side tires and a chassis adjustment. He took the green flag in fifth and moved his way back up to third by Lap 200. Not long after that, he raced his way into second and eventually reclaimed the race lead. Shortly thereafter, competitors began making scheduled green-flag pit stops while Elliott remained on the track – then a caution flag waved, meaning Elliott didn’t have to make his stop under green-flag conditions. 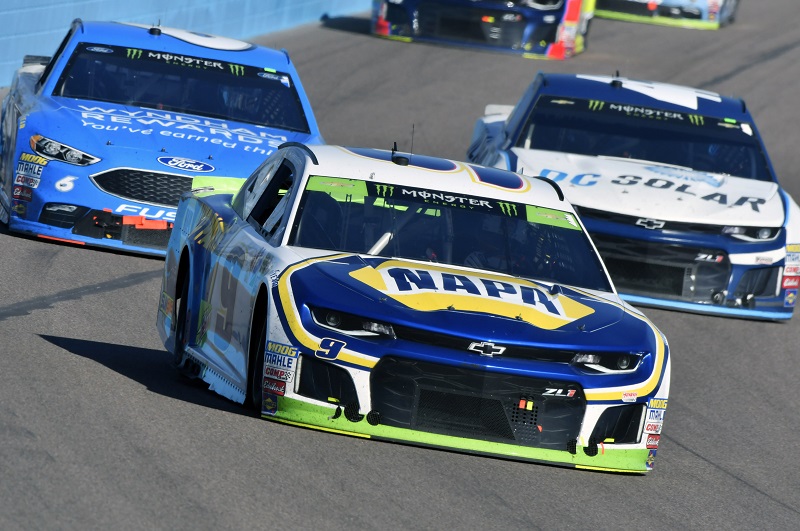 Elliott was penalized for speeding on pit road during the caution, however, putting him at the rear of the field for the ensuing restart. With 59 laps to go, he moved back into the top ten, and when a caution flag waved with 50 laps to go, he headed to pit road for right-side tires only. When the race went green once again, Elliott lined up seventh.

On the restart, two competitors were involved in an accident just ahead of Elliott. The spinning cars left Elliott nowhere to go as he sustained damage in the multi-car melee. The damage forced Elliott to head to pit road for repairs. He returned to the track down three laps outside of the top 20. 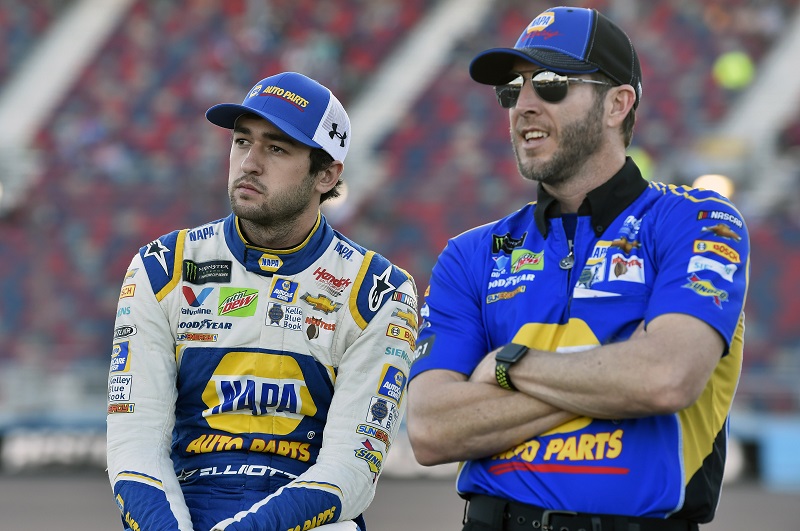 Elliott ultimately finished the race 23rd, missing the cut to advance to the Championship 4.