After qualifying 20th, Chase Elliott and the No. 9 Hooters team raced through the field and into the top ten in Sunday’s eNASCAR iRacing Pro Invitational Series race at the virtual Homestead-Miami Speedway before being collected in multiple accidents late in the 100-lap race.

Through multiple early-race cautions, the 24-year-old driver was finally able to break into the top five after electing to stay out and not pit during the fourth caution period of the day. He lined up third for the ensuing restart on Lap 33.

Elliott raced inside the top ten for the early portion of the race. Contact with the No. 43 car on Lap 59 sent the No. 9 Hooters Chevy spinning in turn one and brought out the eighth caution of the day. Following the on-track trouble, Elliott elected to visit pit road and use one of his two resets. The reset fixed the damage and gave the No. 9 driver a fresh start when the race resumed. 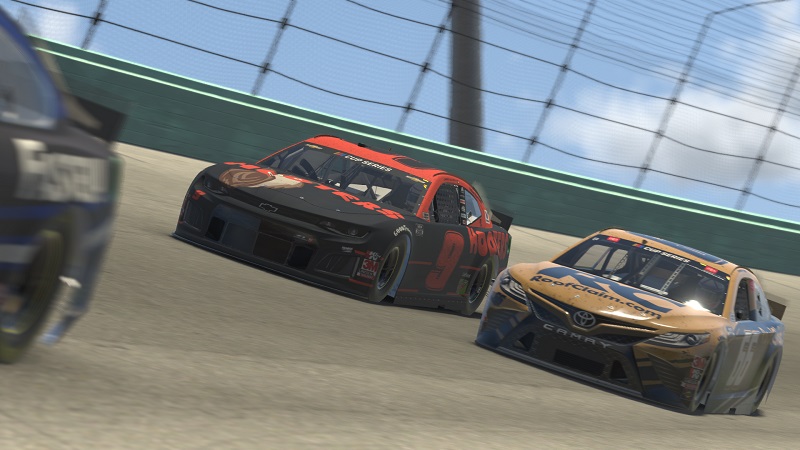 After the reset, Elliott restarted just outside the top 30 and climbed his way back up to 12th by virtue of additional cautions and varying pit strategies.

Elliott’s Chevrolet suffered more damage from rubbing the outside wall as he dodged a multi-car accident. The resulting damage forced Elliott to use his final reset of the day.

Damage to the rear of the Hooters Chevrolet ultimately hurt the handling of the No. 9 machine in the closing laps and Elliott dropped to 24th when the checkered flag finally waved.