Chase Elliott and the NAPA AUTO PARTS team finished 25th in the first race of the Pocono doubleheader weekend. Despite the result, the No. 9 team remain fourth in the NASCAR Cup Series points standings.

Elliott started Saturday’s 130-lap NASCAR Cup Series race at Pocono Raceway from the fifth position. After a slow start for the inside lane, he dropped to 12th. Fortunately, Elliott reported that his NAPA Chevrolet was driving fine despite losing several spots. 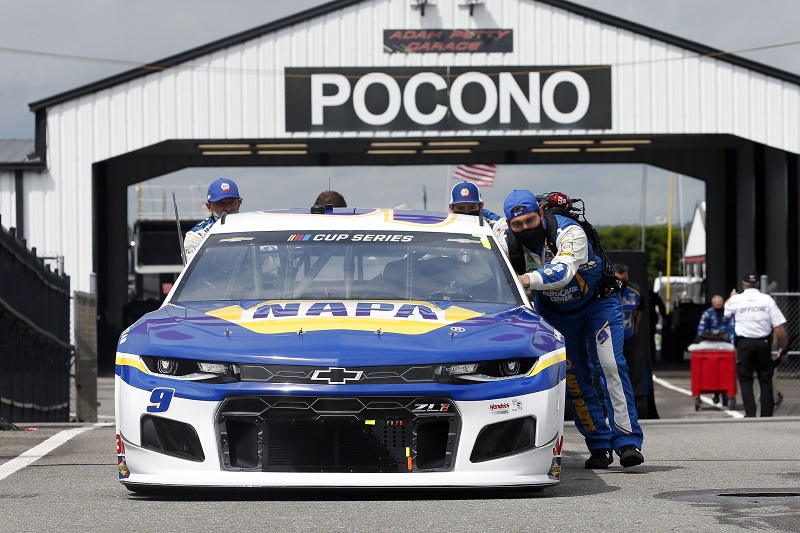 When the competition caution was displayed on Lap 12, the NAPA AUTO PARTS team elected to keep Elliott on track and not make a pit stop. He lined up ninth for the ensuing restart on Lap 17 and gained one spot before the yellow flag waved again. On the Lap-21 restart, Elliott quickly picked up two more spots and was running sixth. The No. 9 driver gained another position late in the segment to end Stage 1 in fifth. 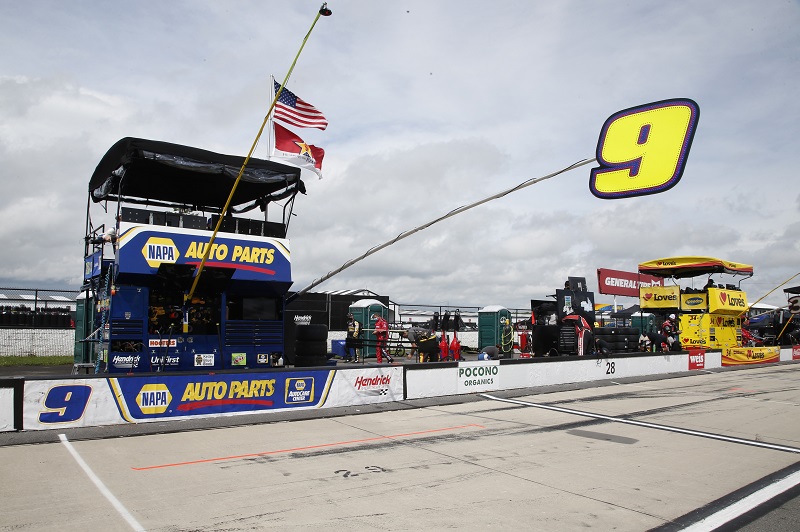 The NAPA team once again opted not to pit during the stage break. Elliott took the green flag for Stage 2 from fourth. After a strong restart for the outside lane, the 24-year-old driver was up to third on Lap 32. He continued to run third until crew chief Alan Gustafson called him to pit road for a scheduled green-flag pit stop on Lap 45. 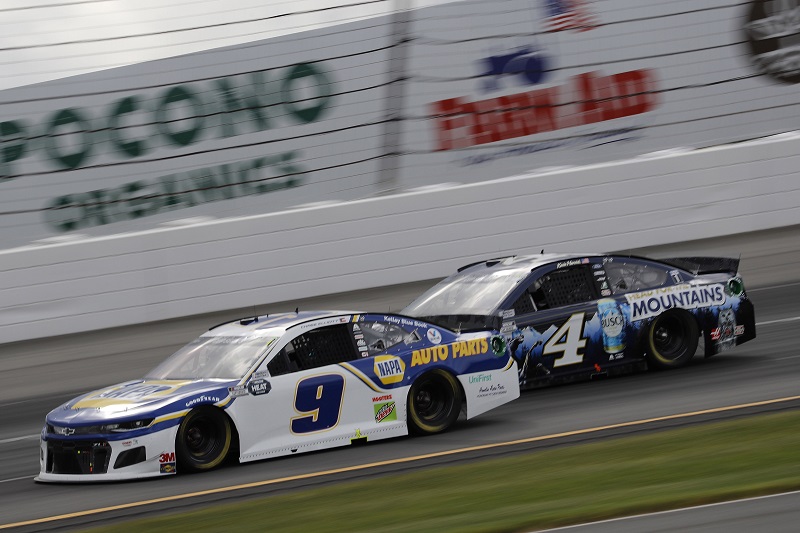 As pit stops continued to cycle through, Elliott was scored 18th when a caution came out on Lap 65. The No. 9 NAPA elected to maintain their track position by not pitting and Elliott restarted fourth when the race resumed on Lap 70. He relinquished one spot on the restart before another caution slowed the race again on Lap 71. On the next restart, Elliott lost his momentum from the inside lane and dropped to 10th, where he would ultimately finish Stage 2. 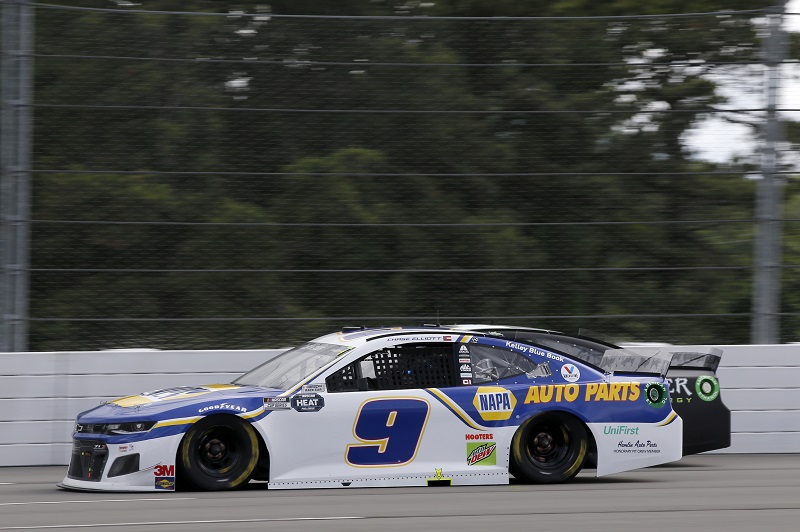 Between stages, Elliott reported that he was having trouble keeping his NAPA Chevy in fourth gear. He visited pit road for four tires, fuel, and a chassis adjustment. The team received a penalty for an uncontrolled tire during the pit stop and Elliott was forced to restart from the rear of the field when the race went green again on Lap 83. 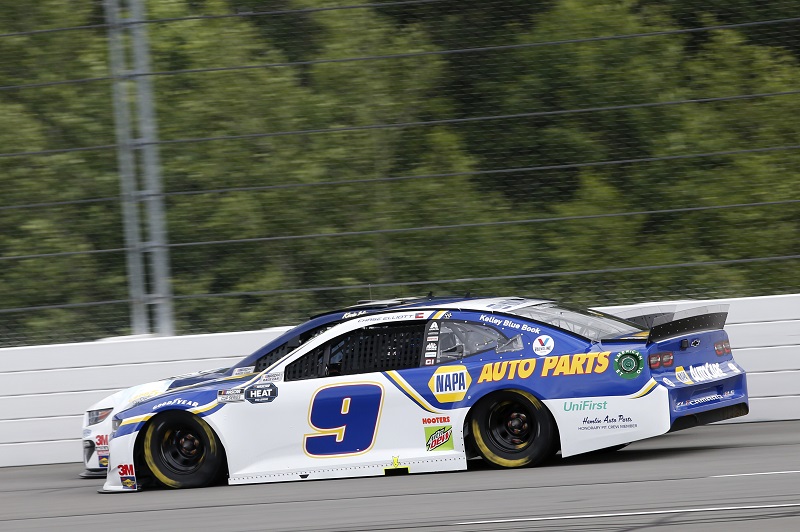 Elliott wasted no time moving through the field as he was back up to 14th within 10 laps. The No. 9 team made their final scheduled pit stop on Lap 92 for right-side tires and fuel and returned to the track in 28th.

After returning to the track, Elliott made contact with the outside wall, which hindered the handling of his Chevrolet in the closing laps and relegated him to a 25th-place finish.