Chase Elliott, driver of the No. 9 NAPA AUTO PARTS Chevrolet, finished sixth in Saturday’s Zippo 200 NASCAR Nationwide Series race at Watkins Glen International.  It was his 15th top-10 of the season and increased his lead to 12 points over teammate Regan Smith in the series standings.  Elliott was also the highest finishing rookie in the event.  Marcos Ambrose led a race-high 48 laps en route to his fifth career Nationwide Series victory, four of which have come at the Glen. 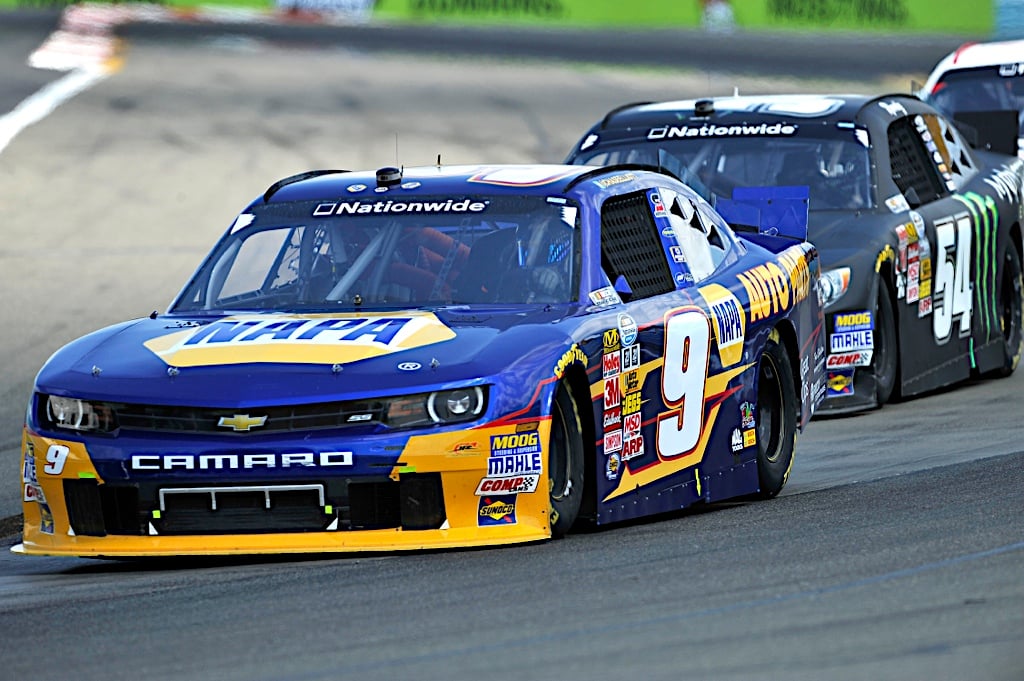 Starting 15th after a lengthy weekend of searching for speed, Elliott and the NAPA AUTO PARTS team hurried in a positive direction early.  By lap 11, Elliott was in the 12th position and satisfied with the way his Chevrolet was handling.  The No. 9 team was penalized for jumping over the wall too early during its first pit stop, which came under caution on lap 12.  Elliott was shuffled back to the 23rd position on the following restart.

Elliott and crew chief Greg Ives aimed to execute the strategy of taking fuel early in the running or late in the going to make up track position.  In Elliott’s case, the NAPA team took fuel early due to the issues on their initial pit stop.  The strategy paid dividends for Elliott. 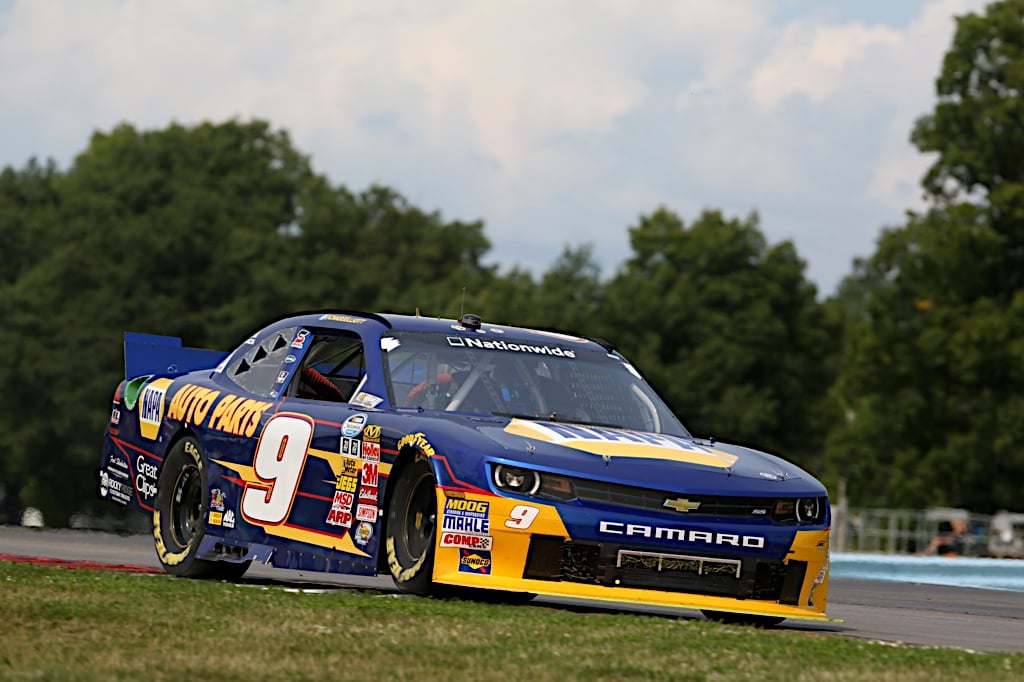 The final restart of the NASCAR road race came with 20 laps to go.  Elliott restarted fifth in what became the longest green-flag stretch.  As the final laps ticked away, Elliott built an eight-second advantage over seventh-place Elliott Sadler. 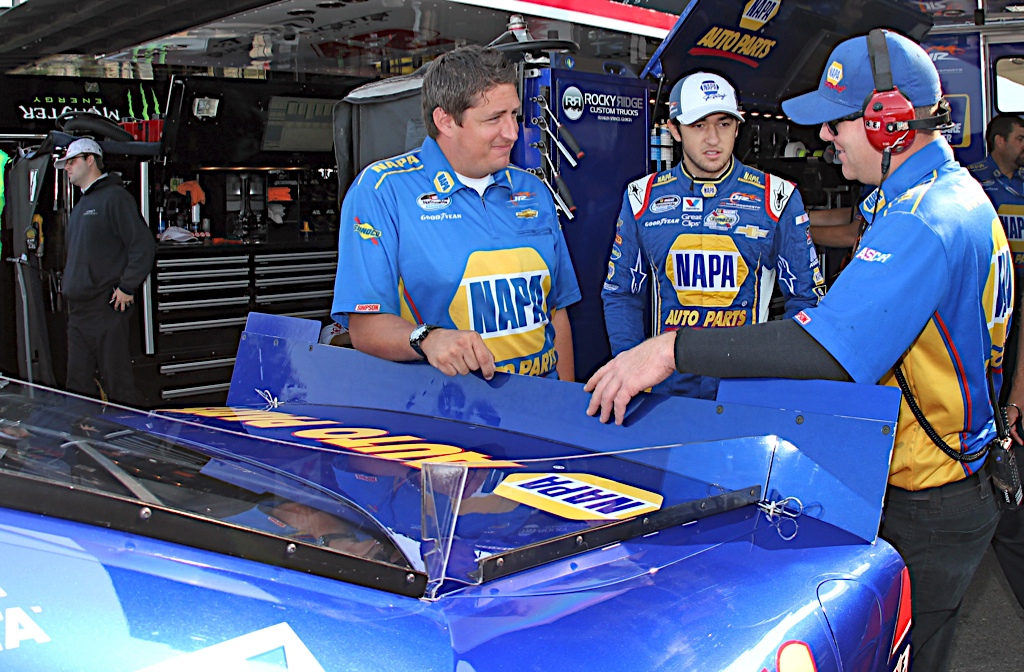 “It was a struggle for me all weekend and you just have to improve on [road racing] if you want to run with those guys that win these races.  You have to bring your best, and then some.  Those guys that run up front in these races are bad to the bone.  This is what we have to do during the weeks we show up to the race track and aren’t on the top of our game.  Today was an example of my NAPA AUTO PARTS team never giving up.  We were able to gain some in the race when I got behind some of those faster guys and I was able to learn a little bit.  We are still not exactly where we need to be, so we’ll learn from it.  Now that I have some notes this should help me the next time we come here and even next weekend in Mid-Ohio.” 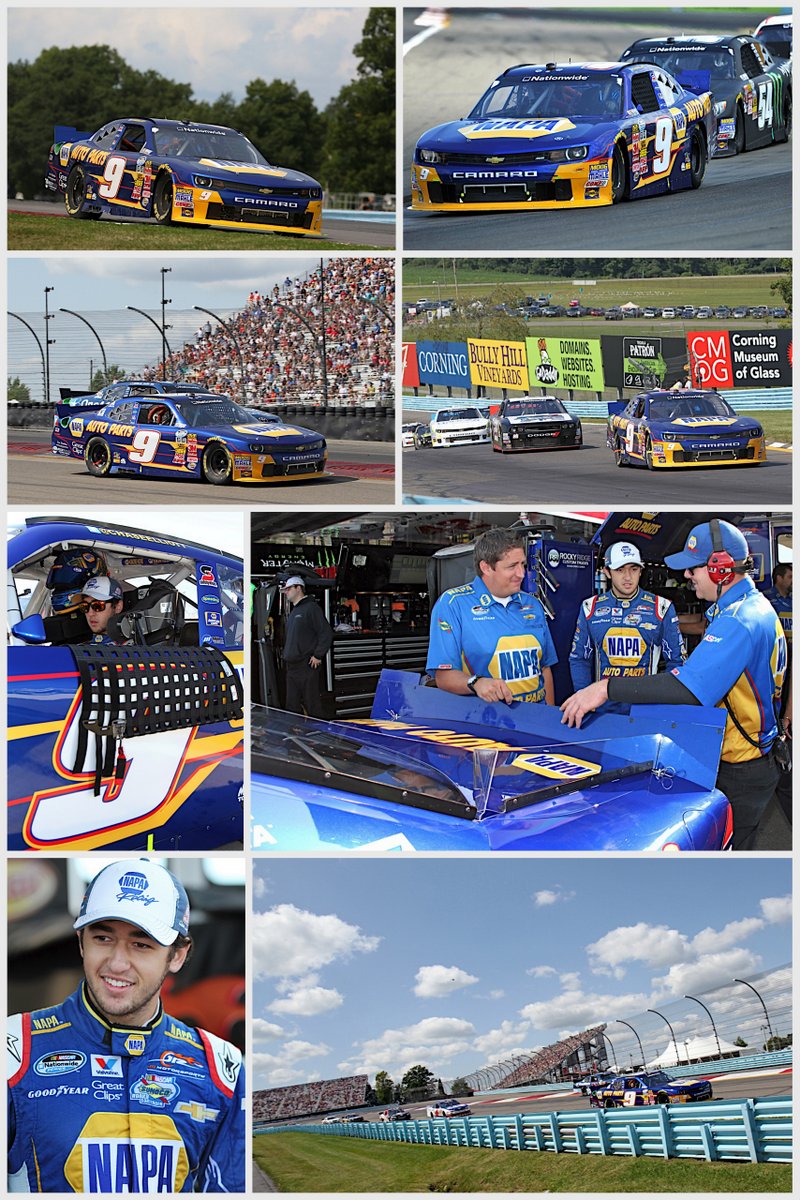