Chase Elliott and the NAPA AUTO PARTS team led 42 laps en route to a second-place finish at Kansas Speedway on Sunday. The runner-up result is Elliott’s ninth top-two finish of the season. He sits second in the playoff standings, 34 points above the cutline, with two races remaining in the season. 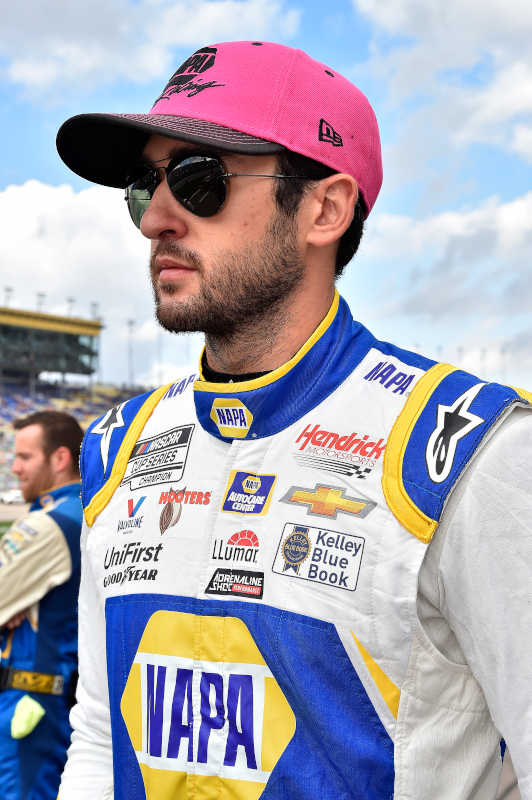 Elliott started Sunday’s race in fifth but fell to seventh before the red flag waved on lap 16 for a brief lightning hold. Once competition resumed, crew chief Alan Gustafson elected to maintain track position and stay out on track, restarting the first stage in seventh. Elliott found his stride shortly after, moving back into the top five on lap 20. Another caution came on lap 23 which served as the competition caution. After making a pit stop during the yellow-flag period, Elliott rejoined the field in third. He used his fresh tires and adjustments to take the lead on lap 34 but slipped to third on lap 40 after reporting a vibration in his No. 9 NAPA AUTO PARTS Chevrolet Camaro ZL1 1LE. He would ultimately finish stage one in that spot. 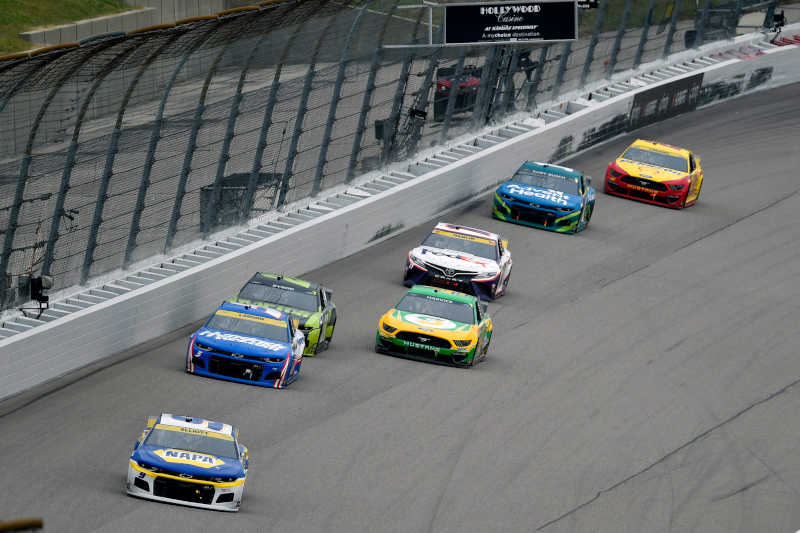 At the stage break, Elliott came down pit road and took four tires, fuel and a chassis adjustment. After a quick stop by the No. 9 pit crew, Elliott rejoined the field in third. The adjustments improved the handling of the NAPA Chevy and Elliott reclaimed the lead on lap 88. The 25-year-old driver maintained the point position until lap 121 when he made a scheduled green-flag pit stop. Once pit stops cycled through, Elliott was scored in second. The driver of the No. 9 maintained this position for the remainder of the stage, finishing the segment in second. 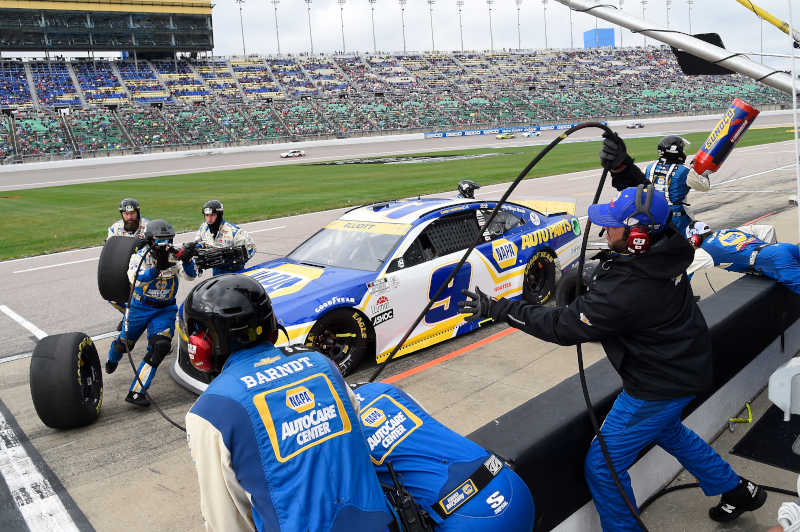 Elliott again made a pit stop during the stage break, taking four tires, fuel, and tape. He reset for the final stage and took the green flag in fourth. Another caution on lap 172 saw the NAPA driver head to pit road for right-side tires and fuel. After his pit stop, Elliott restacked in fourth and set off with his sight on the front of the field. He maintained this position until the next caution on lap 218. Elliott reported that he was happy with the handling but was struggling to move around and find clean air. After making a pit stop during the caution, he took the green flag in fourth. Elliott wasted no time returning to the lead on lap 223 – the races final caution. The NAPA AUTO PARTS team elected to stay out, maintaining the lead. Elliott lost his momentum on the restart and was relegated to seventh. He found speed shortly after falling back, driving his way back into fourth by lap 233. He continued to push forward, taking over second on lap 254. He continued to make a run for the lead, but ultimately ran out of time. 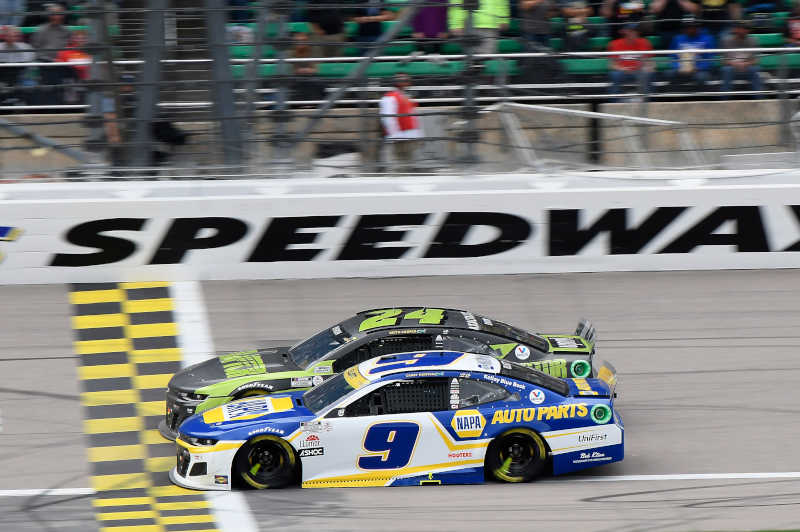 Elliott’s runner-up finish moves him to second in the playoff point standings, 34 markers above the cutline, as the Series heads to the Round of 8 finale at Martinsville Speedway. 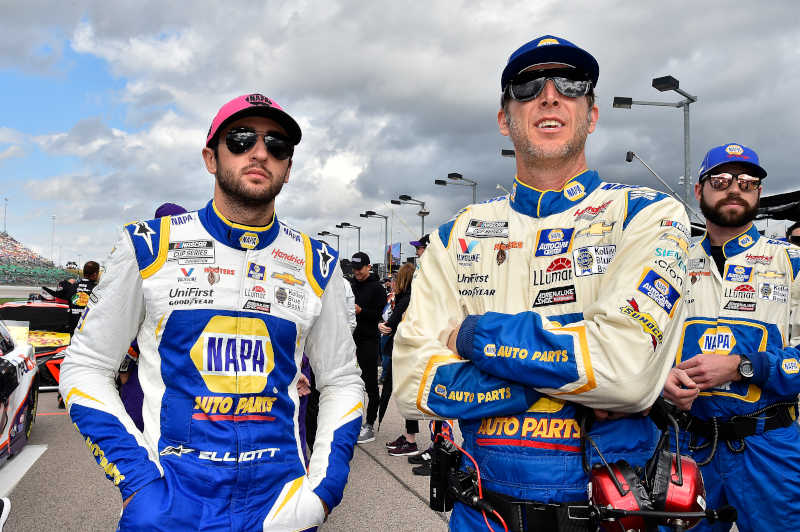 “Really proud of the effort,” Elliott said. “Our entire NAPA Chevrolet team did a great job today and I felt like we had something for Kyle (Larson) there. Just got the wall there off of (turn) two. It’s so hard to get up to him when you are running the fence like that. It’s just tough because every few feet you get closer, the harder it gets. It was a lot of fun. I’m really proud of the way we ran today. I feel like it was a really nice step in the right direction.”