Chase Elliott and the No. 9 NAPA AUTO PARTS team raced inside the top 15 for the majority of Monday’s race at Michigan International Speedway before late-race damage left him with a 20th-place finish.

Elliott and the NAPA team took the green flag in 17th and picked up five spots before a competition caution was called on Lap 20. Under the caution, he reported that he was happy with the handling and grip of his NAPA Chevy. Due to varying pit strategies, the No. 9 team lined up 14th for the ensuing restart at Lap 26. Elliott climbed through the field as the laps wound down in the opening segment and eventually worked his way up to eighth where he’d take the first green-checkered flag after 60 laps. 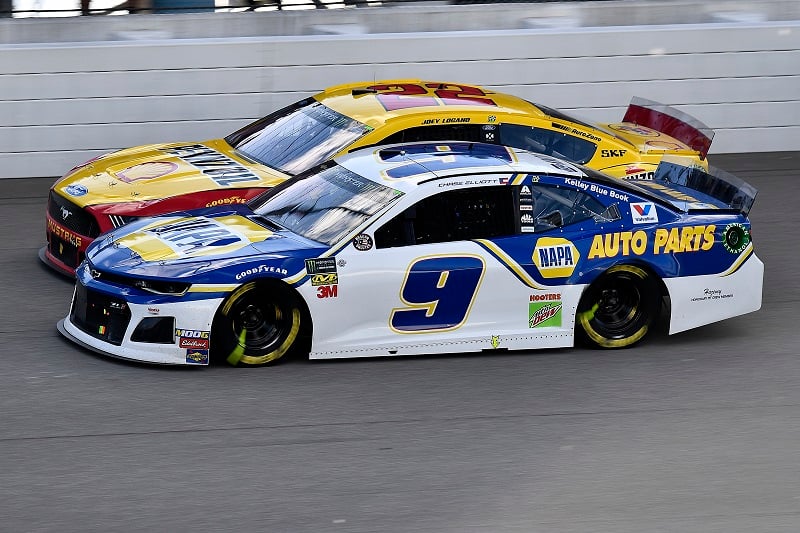 During a caution early in Stage 2, Elliott was one of a handful of competitors to remain on the track while other cars chose to pit for fuel. The strategy allowed him to line up seventh for the restart at Lap 76. He continued to battle inside the top ten as he moved up to sixth after passing his Hendrick Motorsports teammate Alex Bowman just past the midway point of the segment. The driver of the No. 9 moved up to fifth shortly after that. As the laps wound down and his fellow competitors who had stayed on the track during the earlier caution headed to pit road for fuel, Elliott advanced into the race lead before making his own pit stop for right-side tires and fuel with four laps remaining in the stage. The trip to pit road resulted in Elliott ending the second stage in 28th. 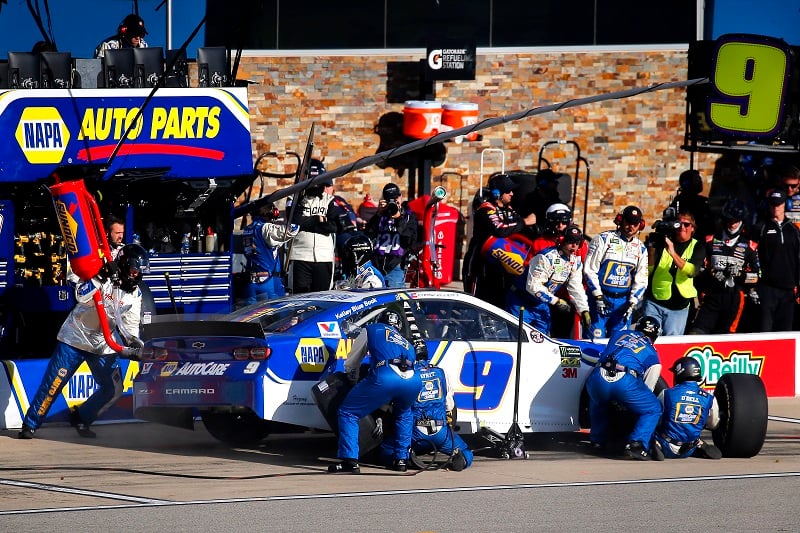 A two-tire pit stop for the No. 9 team prior to the start of the final segment allowed Elliott to gain 22 spots on pit road to take the green flag in second. Being second, Elliott was caught in the inside lane without help on the restart and slid back to eighth before working his way back up to the second row for another restart following a caution with 65 laps to go. Once again, Elliott slid back in traffic on the restart, dropping outside of the top ten. He brushed the wall before being one of the first competitors to head to pit road for a scheduled green-flag pit stop late in the race. He returned to the track in 27th, but once again climbed toward the top ten as the laps counted down. The NAPA Chevy was running 11th with 15 laps remaining as the full field cycled through green-flag pit stops. 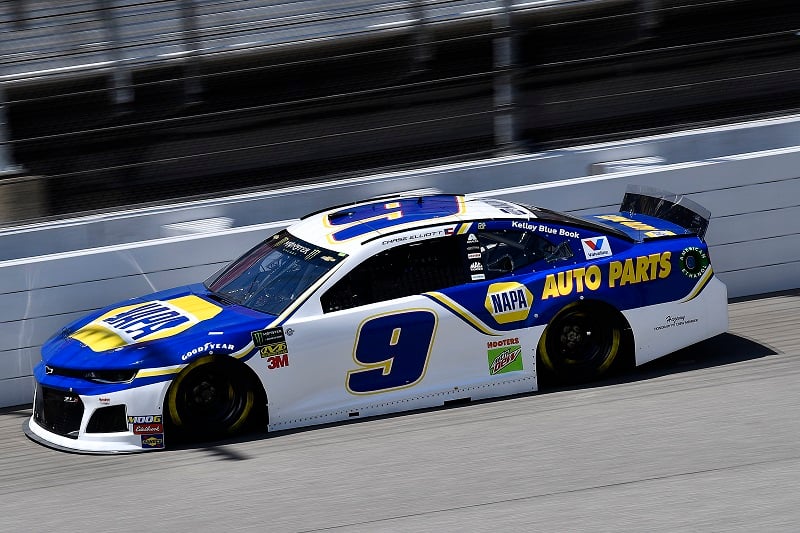 A caution sent the race into overtime. Prior to the restart, Elliott headed to pit road for fresh tires, fuel and a chassis adjustment. He restarted 24th and made up four positions to take the checkered flag with a 20th-place finish. 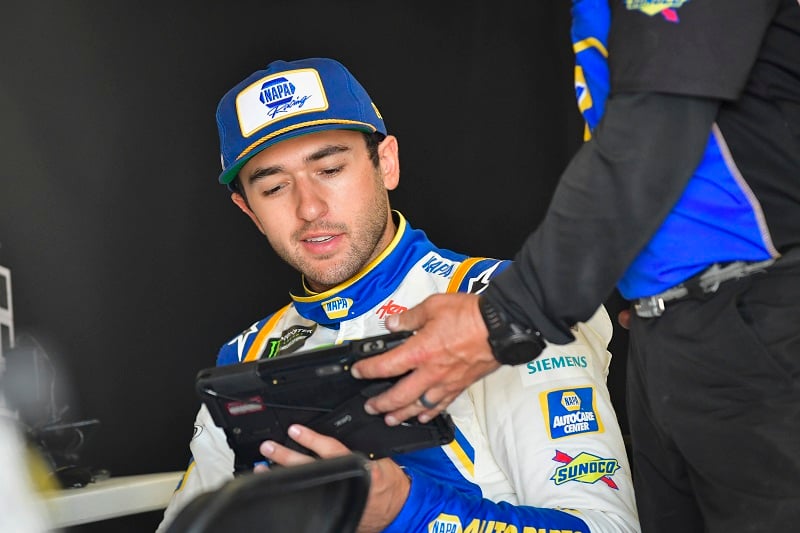