Chase Elliott and the No. 9 NAPA AUTO PARTS team earned their third top-five result of the season in Sunday’s 400-mile NASCAR Cup Series event at Darlington Raceway, finishing fifth after having to go to a backup car due to an incident in practice. Elliott continues to lead the Cup Series point standings, now by 65 points over his Hendrick Motorsports teammate William Byron. 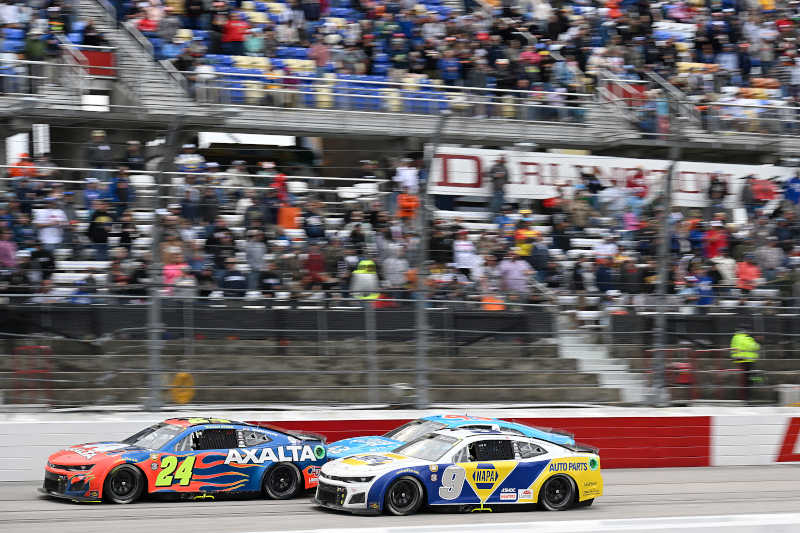 Elliott started from the 34th position after an incident in Saturday’s practice session sent him to a backup car. The 26-year-old driver advanced his position to 21st before the competition caution waved with 30 laps complete. The NAPA AUTO PARTS team made its first pit stop of the day for four tires and fuel, but Elliott was forced to come to pit road a second time due to a loose wheel. He lined up 31st for the restart and was up to 20th before another caution flag waved on lap 55. Crew chief Alan Gustafson made the call for a pit stop for fresh tires and fuel and sent Elliott back out to restart from the 19th position on lap 60. Back under the green flag, the Dawsonville, Georgia, native worked his way to 15th before the first stage of the race ended on lap 90. 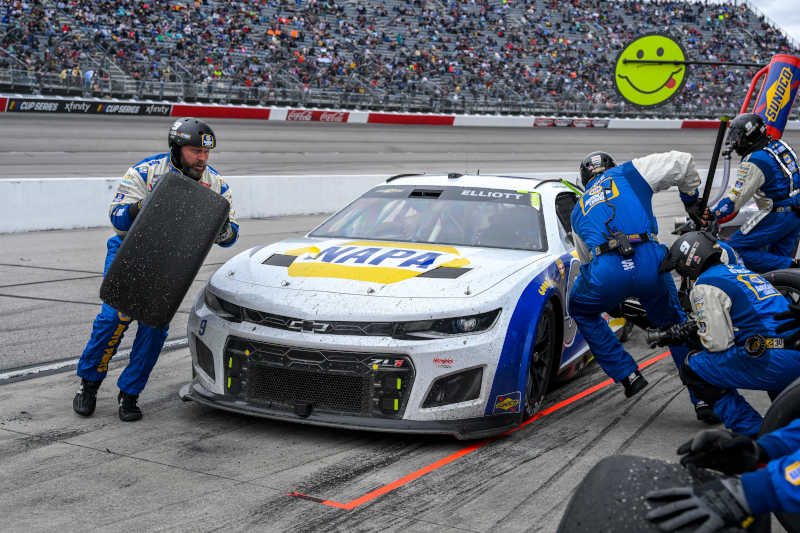 After pitting for four tires, fuel and a chassis adjustment under the stage break, Elliott lined up 17th for the start of the second stage on lap 97. It didn’t take him long to work his way back inside the top 15, and he was scored in 13th when drivers started making schedule green-flag pit stops. Before making his way to pit road for four tires and fuel on lap 137, Elliott reported to his NAPA AUTO PARTS team that his car was better that run. A fast stop by the team put Elliott in the 11th position once pit stops cycled through and he was up to ninth before a caution came out on lap 170. Making another fast stop for four tires and fuel, Elliott restarted seventh and took the green-and-white checkered flag to end the second stage in the eighth position. 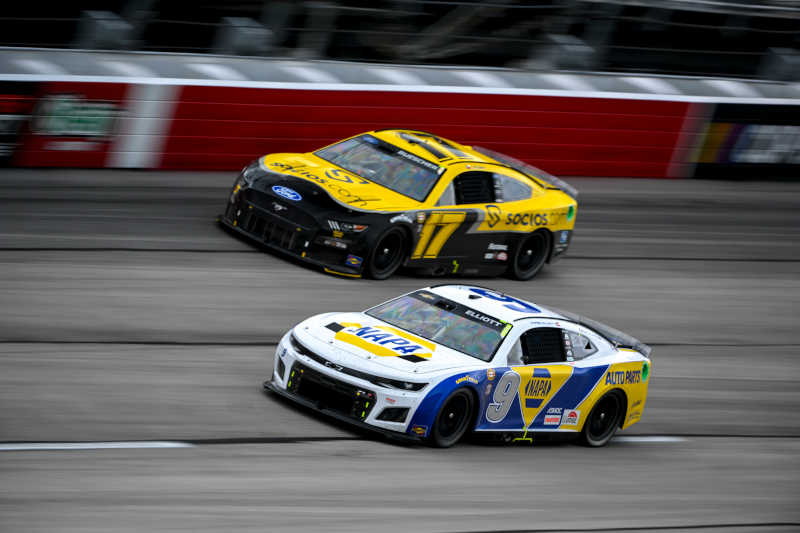 During the stage break, Elliott brought his Chevrolet in for four tires and fuel before taking the green flag for the final stage from the 10th position on lap 194. He improved one spot to ninth before another quick caution flag waved. Staying out, the Hendrick Motorsports driver continued his climb forward once the green flag was back out, improving his position to seventh by lap 210. Just 12 laps later, he picked off two spots in one lap to break into the top five. 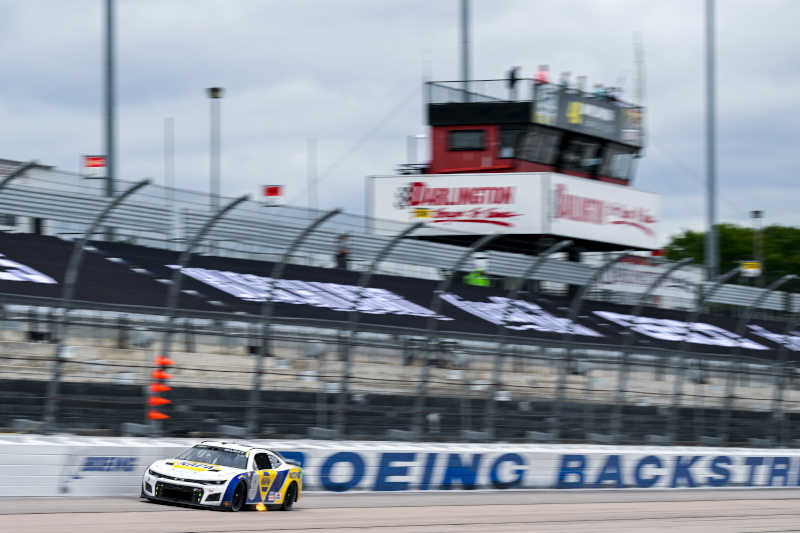 Another long run ensued, forcing teams to make their pit stops under the green flag. Elliott made his way to pit road on lap 240 for four tires, fuel and an air pressure adjustment. Once pit stops cycled through, Elliott was scored in ninth. He was in that same position when the yellow flag waved on lap 256 and the team opted to make their final stop of the race for fresh tires and fuel. A stellar stop by the No. 9 crew allowed Elliott to gain three spots on pit road. He restarted sixth on lap 261 and narrowly avoided getting caught up in multi-car incident that brought out the last caution of the day. Opting to stay out, Elliott restarted in sixth and gained one more position on the final lap to earn a fifth-place result. 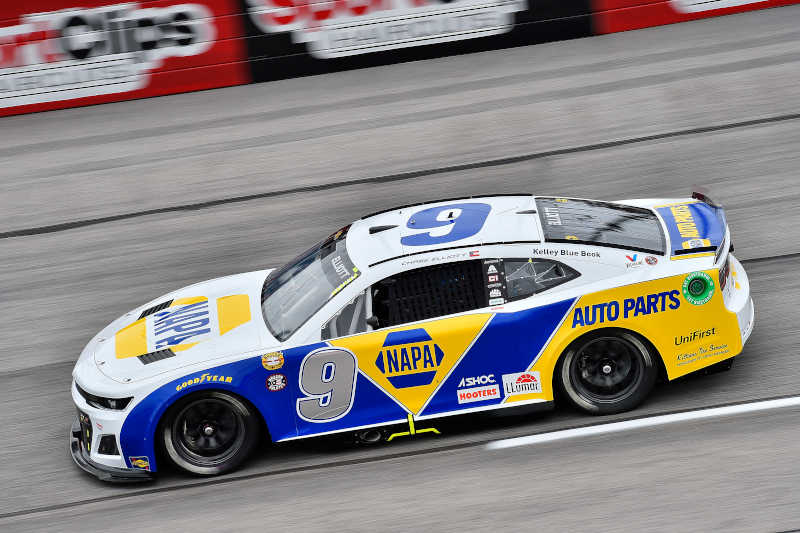 It was Elliott’s third top-five finish and ninth top-10 through 12 races in 2022. He continues to lead the NASCAR Cup Series point standings by 65 points. 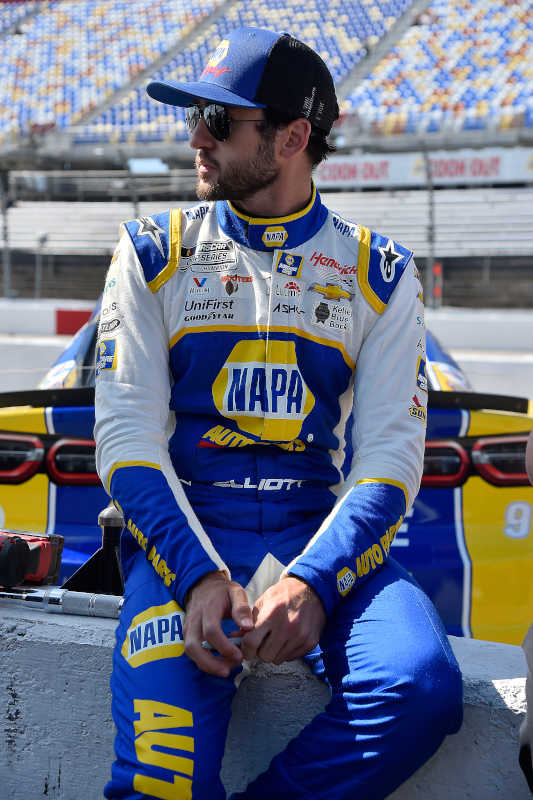 “I thought we had our No. 9 NAPA Chevy in a pretty good spot there on a couple occasions,” said Elliott. “It was just kind of a matter of how you restarted, whether you had a fortunate set of circumstances that your lane went forward and you were able to get a couple of spots here and a couple spots there. And then you ride around pretty much the rest of the time, unless someone messes up and then you might be able to pass somebody in the last five laps or so in a run. And then you hope your pit stops are really fast and then hope you do a good job on the next restart.”

Next Race: Sunday, May 15, Kansas Speedway
How to Watch or Listen: 3 p.m. ET on FS1, MRN and SiriusXM