Chase Elliott was a contender throughout Sunday’s NASCAR Cup Series race at Phoenix Raceway. The UniFirst team led six times for 93 total laps and ultimately finished seventh to move Elliott up to third in the points standings through four races this season. 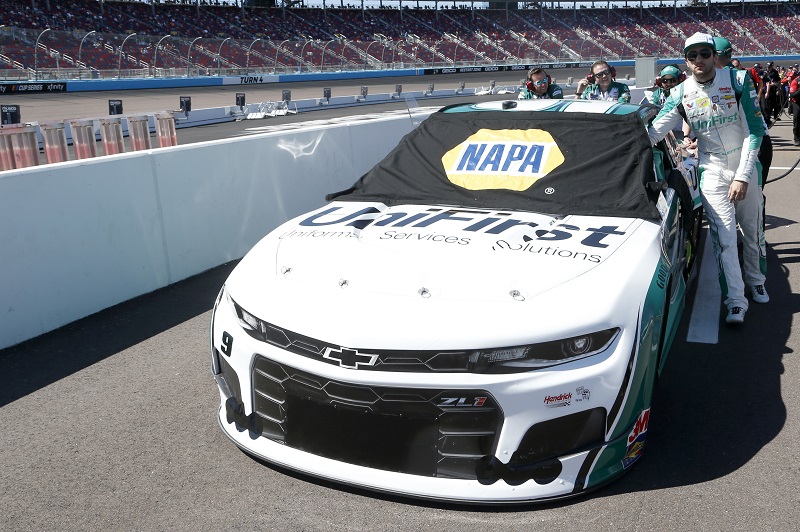 Elliott started Sunday’s race from the pole position and maintained the top spot through the first 59 laps. When the first caution was displayed on Lap 58, Elliott reported that his No. 9 Chevrolet was handling “free”. Elliott lost the lead on pit road after taking four fresh tires and fuel. He lined up on the inside lane in second for the ensuing restart. He remained in the runner-up position through the end of Stage 1.

Elliott reported that the handling of his UniFirst Chevrolet Camaro ZL1 1LE had improved as the team elected to stay out and not pit during the stage break. When the green flag for Stage 2 waved on Lap 84, the No. 9 driver wasted no time pressuring the No. 4 for the lead. By Lap 91, Elliott reclaimed the lead at the Avondale, Arizona, track.

Tight-handling conditions caused the UniFirst team to slip to fourth on Lap 120. A caution came out on Lap 130 with Elliott scored in the sixth position. Crew chief Alan Gustafson elected to bring Elliott to pit road for four fresh tires, fuel and a track bar adjustment. The 24-year-old driver restarted as the race leader on Lap 137. 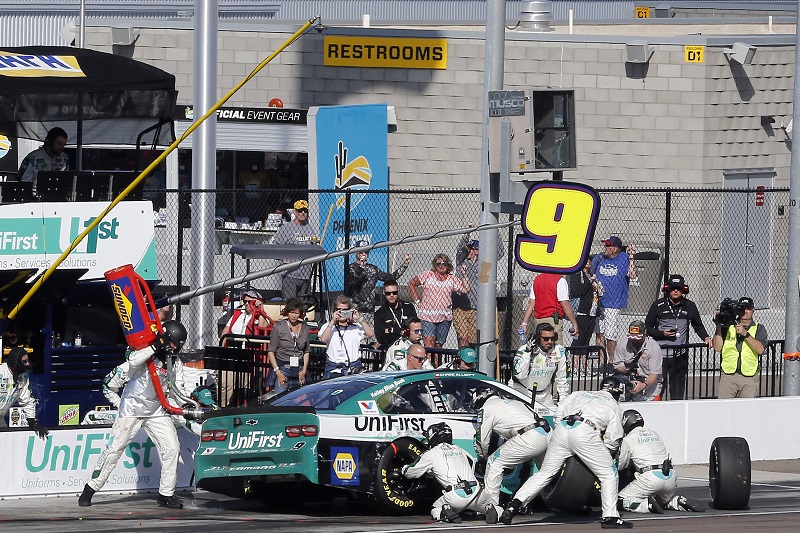 Less than 20 laps later, Elliott reported a loose wheel and was forced to make an unscheduled pit stop to prevent further damage. He returned to the track one lap down in 26th. Stage 2 ended under caution after the yellow flag waved on Lap 189. Elliott was in position to receive the free pass to rejoin the lead lap when the final stage began.

Elliott took the green flag for the final stage in 25th and was back inside the top ten by Lap 209. He advanced to fifth before he brushed the outside wall, causing minor damage to the right-rear quarter panel of his No. 9 UniFirst Chevy. The team was able to salvage the day with a seventh-place finish as Elliott moved to third in the driver point standings. 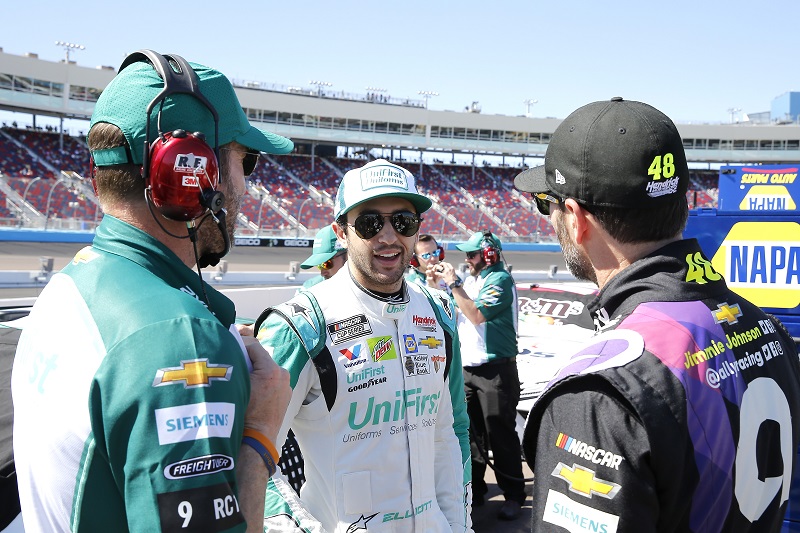 Next Race: March 15, Folds of Honor QuickTrip 500, Atlanta Motor Speedway
How to Watch or Listen: 2:00 p.m. ET on FOX, PRN and SiriusXM