Chase Elliott finished ninth in Sunday’s NASCAR Cup Series event at New Hampshire Motor Speedway after overcoming an early-race penalty and having to rally from 25th to ninth on the final stint of the 301-lap race. 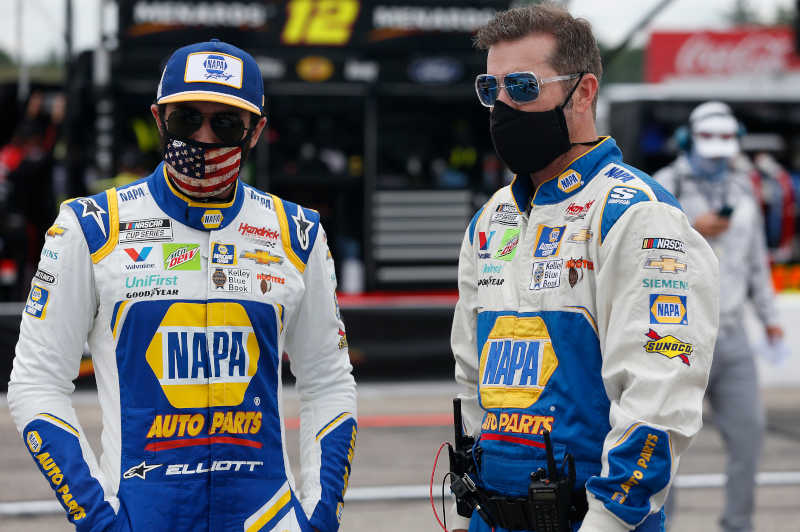 Elliott and the NAPA AUTO PARTS team started Sunday’s race from the third position. After a bottleneck in the inside lane, Elliott fell to sixth in the opening laps, but managed to regain the fifth spot prior to the first caution on Lap 16. When the green flag waved for the Lap-22 restart, Elliott was in third after the NAPA team elected to stay out on track and not pit. The driver of the No. 9 was scored fifth before heading to pit road for a pit stop during the competition caution on Lap 30. 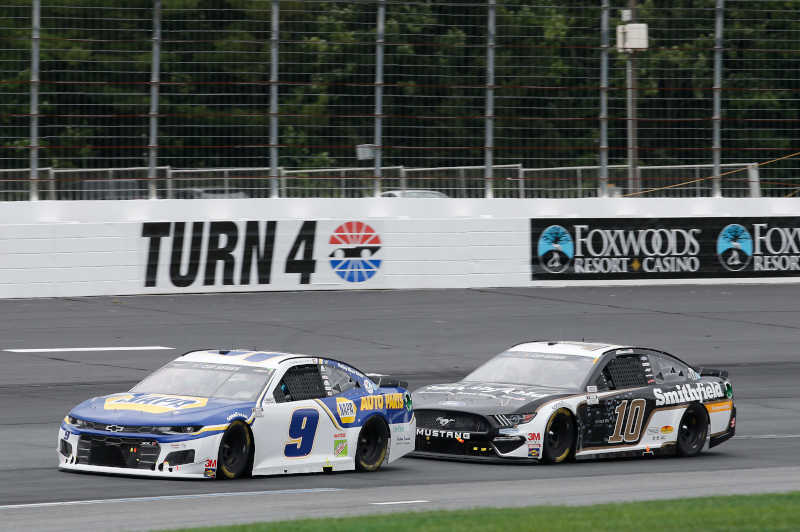 Varying pit strategies put Elliott 20th for the ensuing restart on Lap 34. He wasted no time climbing his way back through the field and was up to 16th on Lap 41. By Lap 52, he had pushed his way into the 13th position. During a caution on Lap 63, the NAPA team pitted for four tires, fuel, and a chassis adjustment. Unfortunately, Elliott was penalized for speeding on pit road. As a result, he was forced to restart from the rear of the field when the race resumed on Lap 67. After restarting 30th, he climbed back up to 21st before the 75-lap stage concluded. 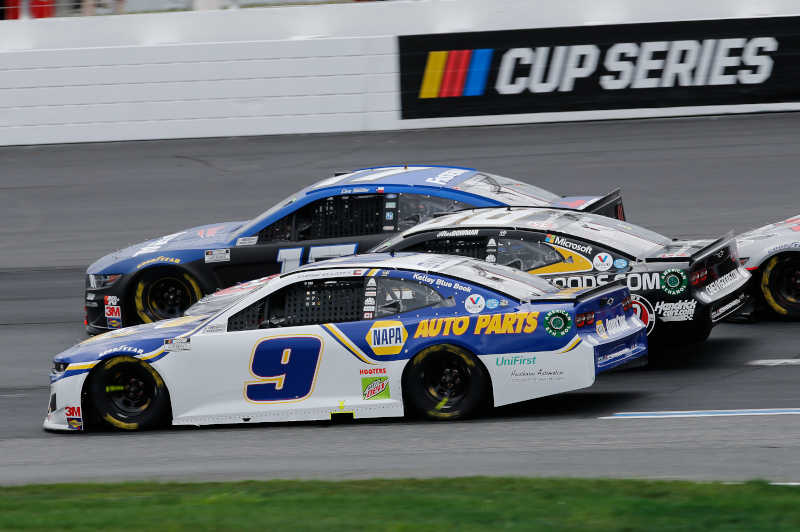 In order to take advantage of track position, the NAPA AUTO PARTS team did not pit during the stage break. Elliott was 14th when the field took the green flag for Stage 2 on Lap 83 and he moved up to 13th before the caution flag waved on Lap 93. A quick pit stop by the NAPA crew gained Elliott two spots on pit road and lined him up 11th for the restart on Lap 101. He rejoined the top ten on Lap 108 and was scored ninth several laps later. As the handling of Elliott’s NAPA Chevrolet transitioned to the tight side, he slipped to 11th. He flirted with the top ten until a caution on Lap 171 provided an opportunity to pit once again. Crew chief Alan Gustafson called Elliott to pit road for four fresh tires, fuel, and a pair of chassis adjustments. Elliott restarted tenth and battled for the final eight laps of the segment. He was able to grab two spots and finish the stage in ninth.

Elliott did not pit during the final stage break of the afternoon and restarted eighth. He continued to run inside the top ten until a caution on Lap 204 brought many of the leaders to pit road; however, Elliott was not among the group who pitted and moved into the race lead for the restart on Lap 209. The NAPA Chevrolet was able to hang on to the lead until another caution slowed the race on Lap 213. The NAPA team took the opportunity to make their final pit stop, but Elliott dropped to 25th for the restart with 83 laps remaining after drivers who pitted during the previous caution elected to stay on track. 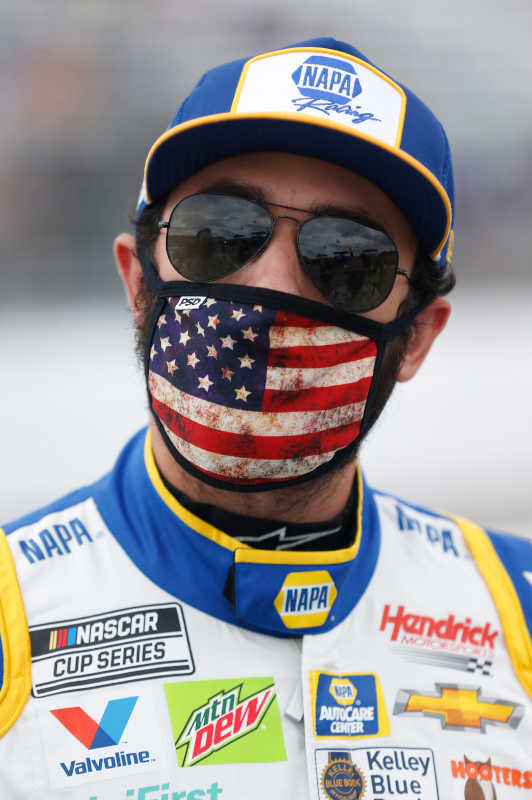 By Lap 223, the Dawsonville, Georgia, native had moved back into 15th and three laps later he was 13th. Elliott returned to the top ten on Lap 236, where he would battle for the remainder of the race. At the end of the day, Elliott earned a ninth-place finish.

Next Race: August 8, FireKeepers Casino 400, Michigan International Speedway
How to Watch or Listen: 4:00 p.m. ET on NBCSN, MRN and SiriusXM