Chase Elliott finished 38th in Monday’s NASCAR Cup Series race at Talladega Superspeedway after being involved in a mid-race accident. 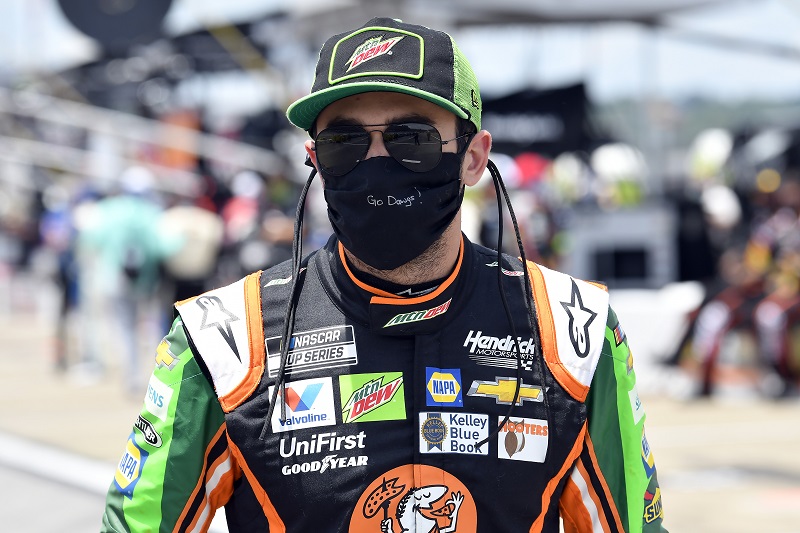 Elliott and the No. 9 Mountain Dew/Little Caesars team started Monday’s rain-delayed event at Talladega Superspeedway from the 11th position. Elliott worked his way forward in the opening laps as he moved up to seventh on Lap 5. He reported that his Chevrolet was too tight prior to the competition caution after 25 laps. When Elliott made his first pit stop on Lap 27, crew chief Alan Gustafson called for four fresh tires, fuel, and multiple chassis adjustments. Elliott returned to the track 20th for the ensuing restart on Lap 30. He wasted no time advancing towards the front as he worked his way up to 11th in less than 10 laps. The No. 9 driver reported that the adjustments had improved the handling of his Chevrolet. Elliott was up to fifth on Lap 45 before losing momentum and falling back to 19th. He returned to the top 10 before a rain shower halted race on Lap 56. The event resumed an hour later with Stage 1 ending under caution on Lap 60. 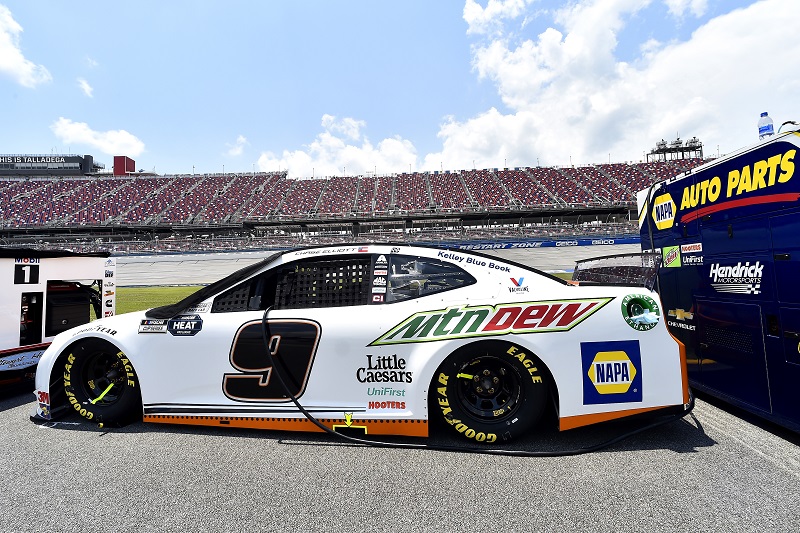 Elliott started the second stage in ninth and things heated up quickly on the restart as he was racing three-wide before getting shuffled back to 14th. A few short laps later, Elliott pushed his way back into the top 10 behind Hendrick Motorsports teammates Jimmie Johnson and William Byron. On Lap 73, he was leading all Hendrick Motorsports teammates in fifth, but slid back to 19th several laps later. 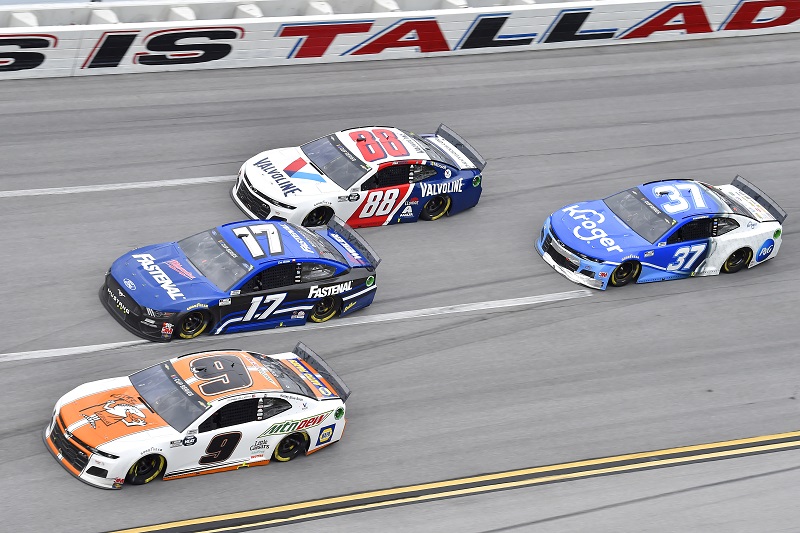 During a caution on Lap 95, Elliott pitted for right-side tires and fuel. Prior to the restart, the No. 9 team elected to come back down pit road for left-side tires also. Elliott lined up 33rd when the race resumed on Lap 100. He wasted no time maneuvering his way through the field and was back inside the top 15 on Lap 109. After an unsuccessful move to the outside lane, Elliott fell to 21st, where he was scored when the next caution flag waved on Lap 115. He restarted 23rd with two laps remaining in Stage 2 and was scored 17th as the segment concluded on Lap 120. 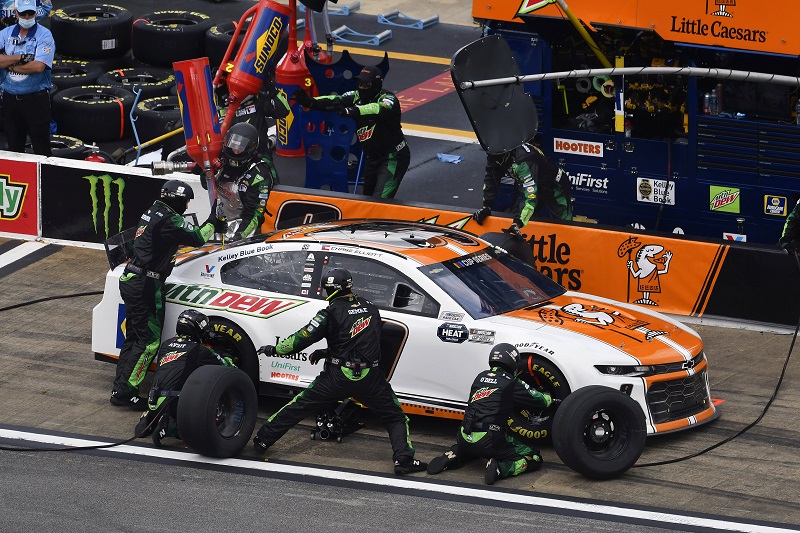 The No. 9 team elected to use pit strategy during the stage break as Gustafson called Elliott to pit road for fuel only. The call gained 14 spots on pit road. Elliott lined up eighth for the Lap-125 restart and was up to third on the next lap. The 24-year-old driver grabbed the lead on Lap 127. Elliott held the top spot for three laps before sliding back into the pack again. 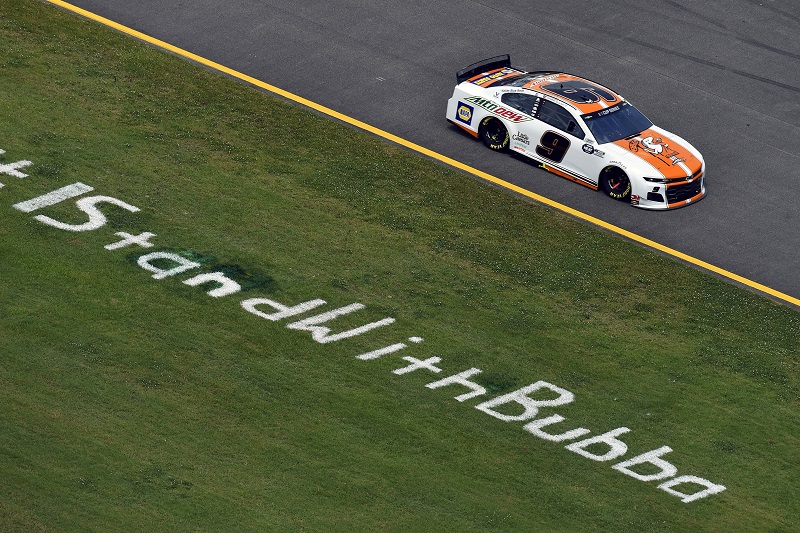 On Lap 134, Elliott had rallied his way back up to third when he was involved in an accident on the back stretch after contact from behind sent his No. 9 Chevrolet spinning. The No. 9 team worked to make repairs to keep Elliott in the race, but the damage to the Mountain Dew/Little Caesars Chevrolet proved to be terminal and ended the team’s day early. Elliott was credited with a 38th-place finish.