The NASCAR Cup Series returned to Charlotte Motor Speedway for a 208-lap event on Thursday night. Elliott and the Kelley Blue Book team rolled off the grid 19th after the starting lineup was set by a top-20 invert from Sunday’s finishing order. 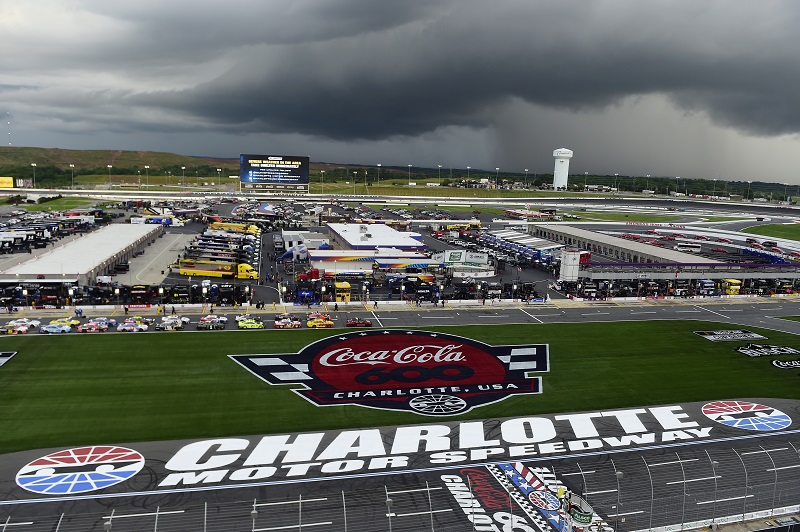 Early on, Elliott reported that he was fighting tight-handling conditions when the competition caution came out on Lap 20. With different pit strategies coming in to play, the No. 9 Kelley Blue Book team came to pit road for four fresh tires and fuel and lined up 23rd for the ensuing restart. Elliott had already started his charge forward when the red flag was displayed due to weather on Lap 30.

After a delay of just over an hour, the race resumed, and Elliott continued his march forward. He broke inside the top 10 on Lap 43 and gained another spot to finish ninth in Stage 1. 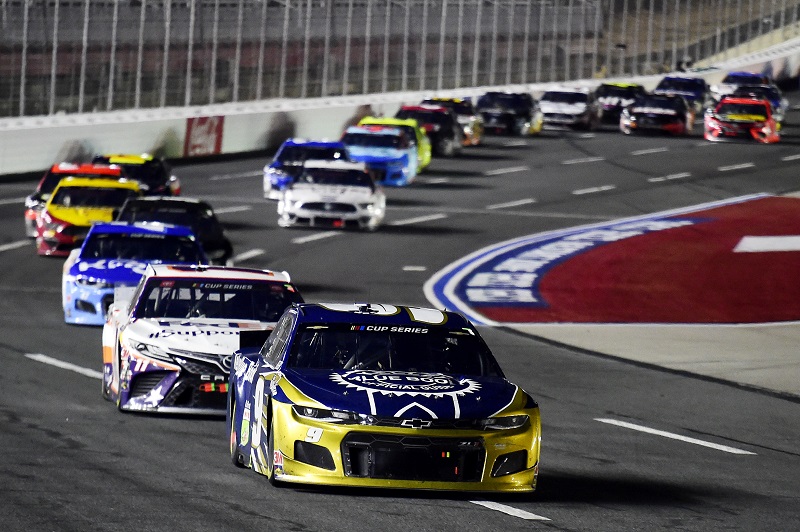 During the stage break, Elliott came to the attention of his Kelley Blue Book team for four fresh tires, fuel and an air pressure adjustment. He took the green flag for Stage 2 in eighth on Lap 63. Several laps after the restart, Elliott reported that he felt like he had a loose wheel. Fortunately, the caution flag waved on Lap 73 and Elliott came to pit road for fresh tires and fuel. Elliott lined up 20th for the restart and quickly rejoined the top 10 on Lap 82. He continued his charge to the front as he moved inside the top five less than 10 laps later. When Stage 2 ended on Lap 115, he crossed the line in fourth.

Elliott took the green flag for the final stage in fifth and worked his way up to third on Lap 136. Following a caution on Lap 144, Elliott made his final pit stop of the night. In an effort to improve the No. 9 Camaro’s handling, crew chief Alan Gustafson elected to make a trackbar adjustment. Elliott lined up fifth for a Lap-149 restart with 59 laps remaining. 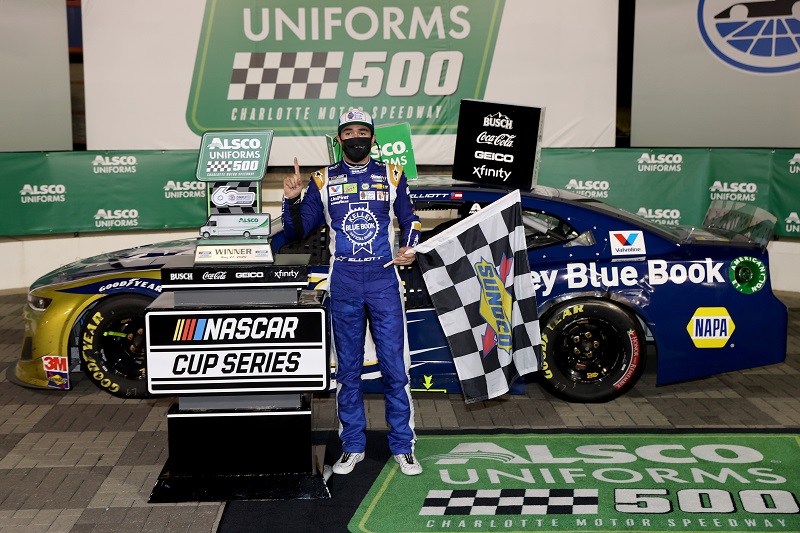 On the restart, the No. 9 driver picked off several positions and eventually bypassed Ryan Blaney for the runner-up spot. Not long after that, Elliott caught race leader Kevin Harvick and made quick work of the former series champion to take the top spot on Lap 181. From there, Elliott extended his lead over the final 28 laps and crossed the line 2.208 seconds ahead of the second-place driver.

“It feels awesome,” Elliott said. “I really appreciate everybody at Hendrick Motorsports across the street, Chevrolet, and everybody at the shop have been working really hard. Kelley Blue Book, NAPA, Hooters, Mountain Dew, all of our partners that have made this happen – I just appreciate it. I appreciate my team. Alan (Gustafson) made a great call there at the end to get it tuned up and, luckily, the run went long, and I think that fell in our favor.” 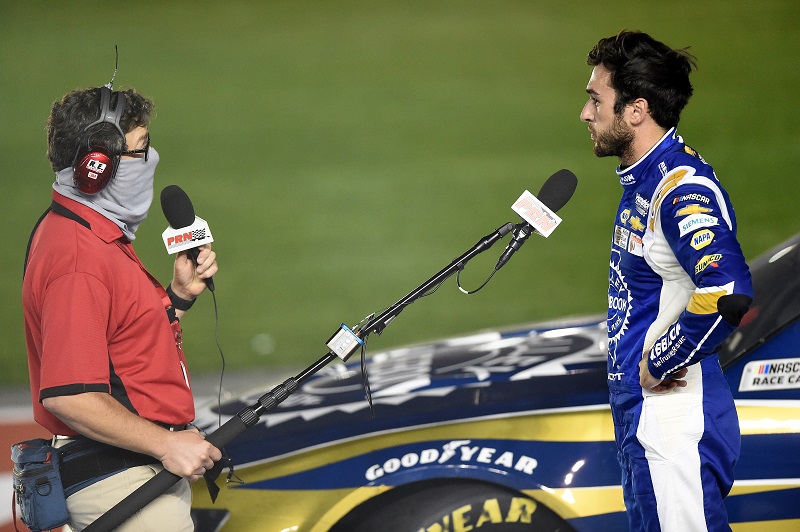 Elliott’s win at Charlotte Motor Speedway is the seventh of his NASCAR Cup Series career and secures his spot in the 2020 NASCAR Playoffs for the fifth consecutive season.