Chase Elliott and the Hooters team turned in a strong showing Saturday night at Richmond Raceway, racing inside the top ten for the majority of the 400-lap event and leading 34 laps en route to a fourth-place finish.

Elliott started the second race in the 2018 NASCAR Cup Series playoffs from the 18th position. Elliott went to work early in Stage 1, gaining six positions within the first 25 laps. The driver of the No. 9 Hooters Chevrolet Camaro ZL1 continued to make progress in Stage 1, racing his way into the top ten by Lap 40. 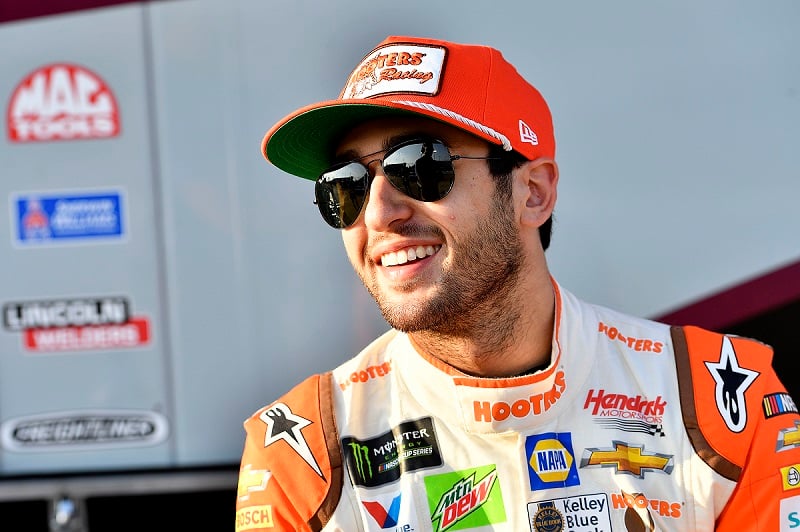 Elliott maintained his top-10 position throughout the duration of the first 100-lap stage. By Lap 65, he had moved up another three positions into seventh. The Hooters Chevrolet Camaro ZL1 eventually cracked the top five with less than 15 laps remaining in the segment and ultimately finished Stage 1 fourth.

After taking the Stage 2 green flag in third, Elliott initially lost his top-five position after being shuffled back to seventh on Lap 125. The 22-year-old driver clawed his way back to the top five at Lap 150. Consistent racing saw Elliott remain in the top five throughout the remainder of Stage 2 as he gained another position to finish the middle segment fourth. 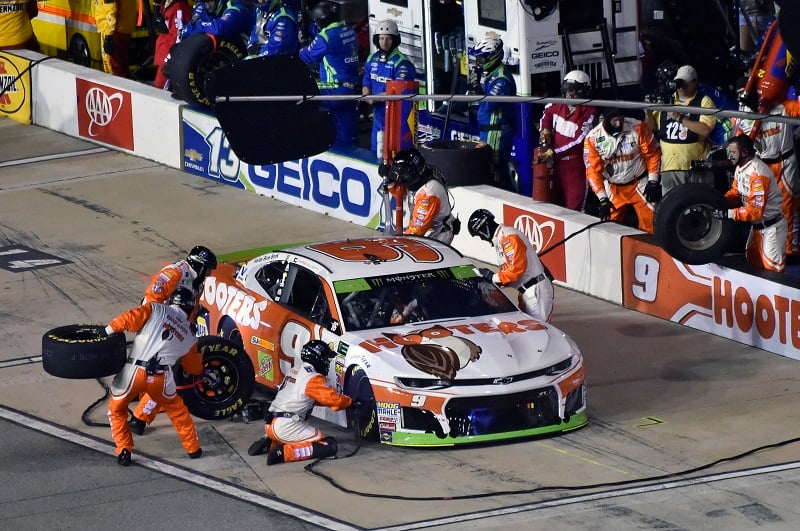 During the stage break, Elliott won the race off pit road after a quick stop by the Hooters team. The stop gained the driver of the No. 9 three positions on pit road and lined him up as the leader for the ensuing restart. After leading nine laps, Elliott briefly settled into second. Not long after that, the No. 9 retook the top spot at Lap 244.

Elliott paced the field once more for 25 laps but lost the lead on pit road while making a scheduled green-flag stop on Lap 269. After the round of pit stops cycled through, the Dawsonville, Georgia, native was scored fifth. 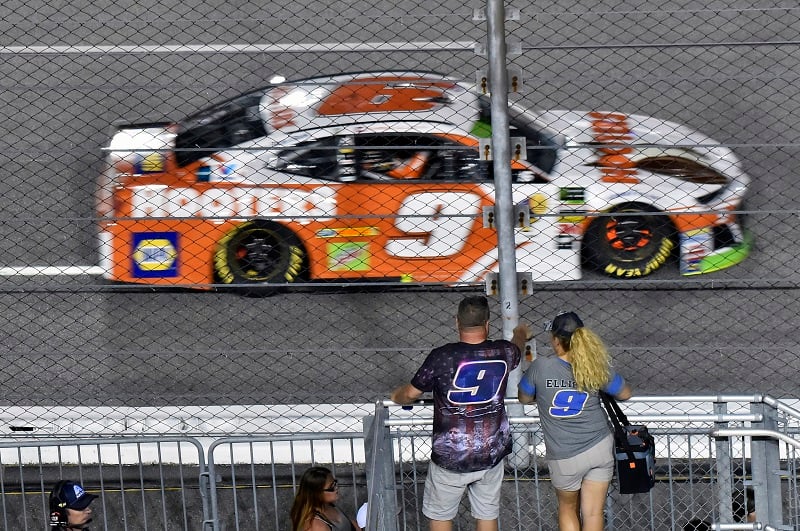 The No. 9 Hooters team was in fourth when the race’s final caution flag waved on Lap 327. During the caution, the team elected to pit for four fresh tires, fuel and an air pressure adjustment. Elliott lined up fourth for the ensuing restart and dropped two spots by Lap 376.

In the closing laps, Elliott charged his way back into the top five and eventually up to fourth where he’d take the checkered flag.