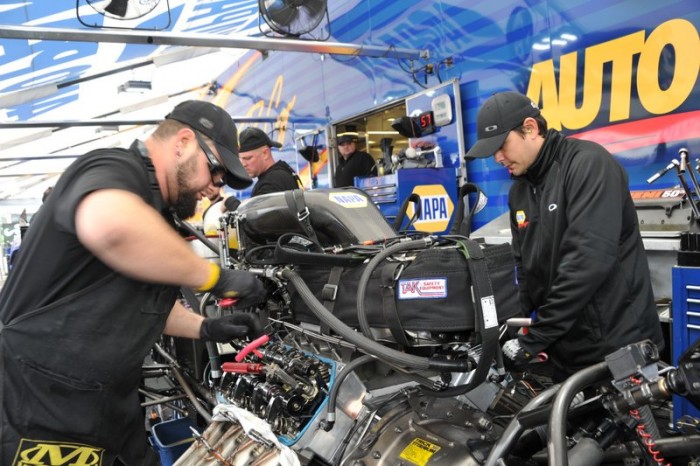 Then on Sunday, after winning in the first round of eliminations in the Circle K Winternationals, Capps’ NAPA Dodge sustained damage to its second body when he veered to the right and made contact with the guardwall that led to his disqualification against Bob Tasca. 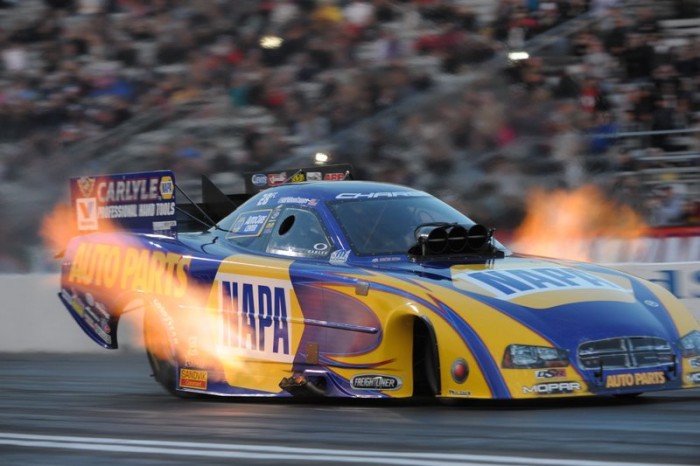 “These lanes always have been challenging, and now that we’re consistently running in the low 4.0s and high 3.90s it’s not an easy track to drive. It will usually take you one direction or the other. You have to be on your game and it looked like the left tire got a little out of the groove and nowadays that’s all it takes and it pulled the tires loose.

“We don’t have the luxury of having more than a split second to make a decision. You have to hope you make the right choice and unfortunately that time I didn’t.”

The Mello Yello series in two weeks moves to Wild Horse Pass Motorsports Park (formerly Firebird) near Phoenix for the second of 24 events. 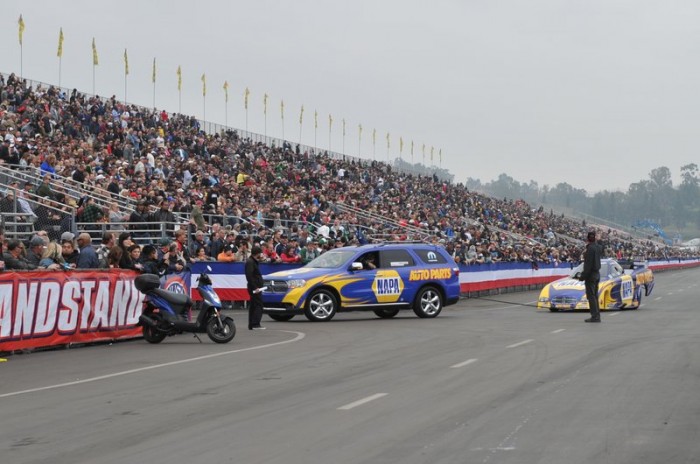 “The explosion Friday night is something you can’t control,” Capps said. “It’s going to happen once in a great while. But to be able to bounce back with consistency shows our NAPA Dodge team can run with anyone on the grounds. It’s encouraging going to Phoenix in two weeks. That’s the silver lining right now.

“We’re all pretty good about putting explosions and fires aside when you make the next run. This weekend was the first time on both of Sunday’s runs at about half track it flashed back to that run Friday night. 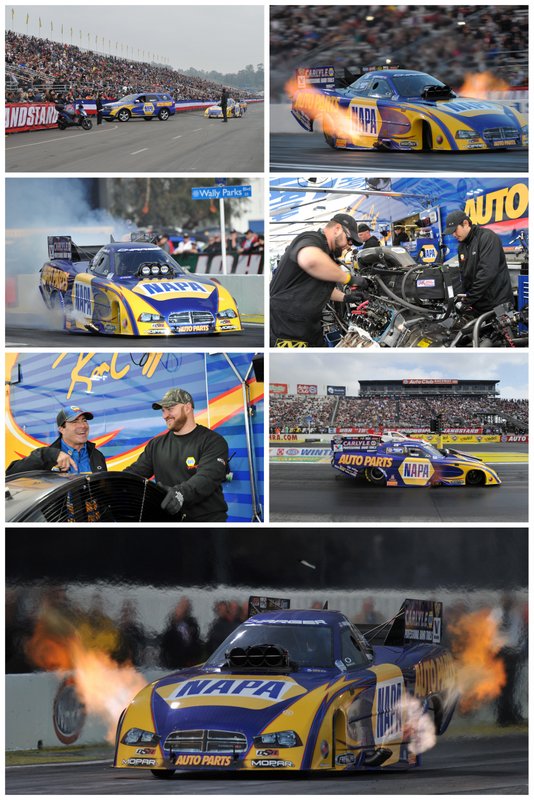