But it’s not too upsetting when you were the quickest in both of Friday’s qualifying sessions and qualified fourth after having won three of the past five Mello Yello events. 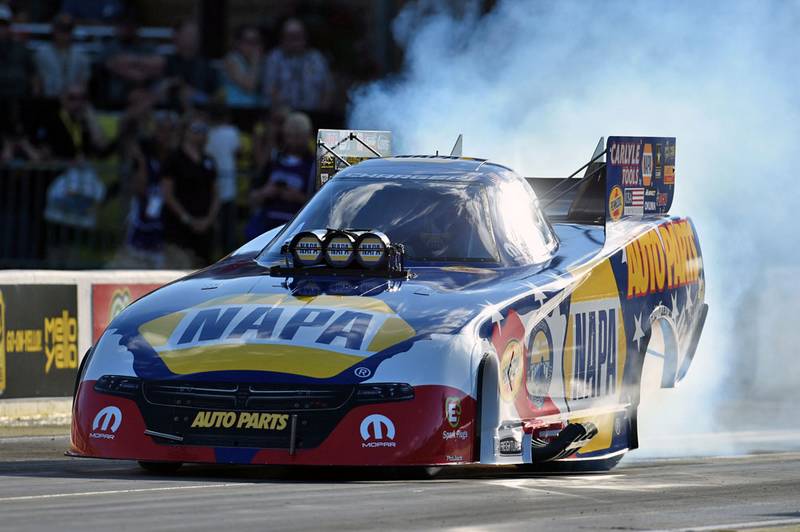 “I’ll keep saying how much I love driving this NAPA Dodge,” he said. “It’s the best Funny Car I’ve driven in my 19 years of racing.

“Tobler used our runs on Saturday to break-in some new clutch discs for our rotation that will help us in the Countdown (to the Championship). That will pay off for us. On the run against Jack, it just got to be too much to control. This car is such an animal that you have to really work at keeping it under control.

“We sure wanted to win it but losing to a DSR teammate isn’t the worst thing that could have happened. We’ll be ready for the Denver in a couple weeks, and the Western Swing is the best part of the season for me because I’ll get to spend a lot of time between races with my family and friends from San Luis Obispo (Calif.).” 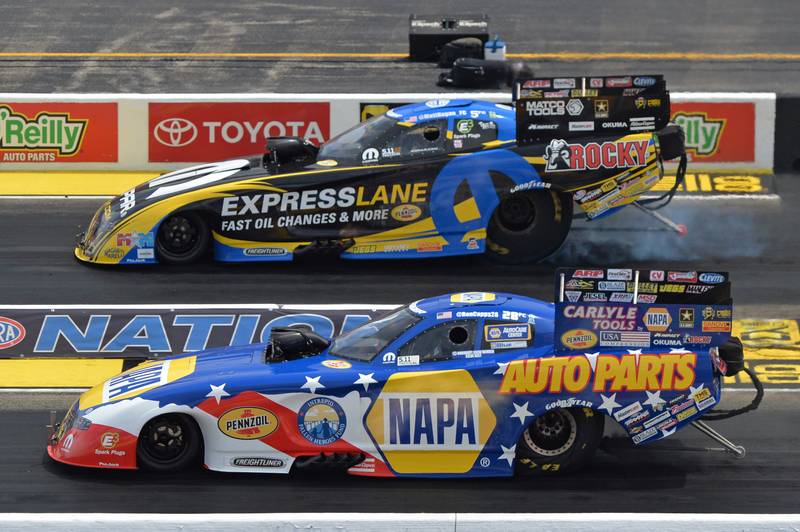 The Western Swing begins in two weeks with the Mile-High Nationals near Denver and is the first stop on a three-week trek that includes stops at Sonoma Raceway near San Francisco followed by a trip to Seattle.

Sunday had added importance to Capps as he earned the 600th elimination round win of his career and the milestone was accomplished with the Intrepid Fallen Heroes Fund paint scheme.

#Route66Nats @Route66Raceway is the site of a milestone 600th round win for our NAPA Funny Car driver. 👏👏👏 pic.twitter.com/zvNKbedFEE

“It means so much to our team when we get to have the Intrepid Fallen Heroes logo on our car. It’s very special to me to have a sponsor like NAPA AUTO PARTS that devotes every July to raising funds to help our American heroes.

“It was special to have won with that car (two weeks ago) at Norwalk, and to go all four rounds today to get Intrepid Heroes a lot of exposure on our Fox Sports 1 telecasts. We were able to get this special cause on TV for all eight rounds. That means a lot to everyone on our team.” 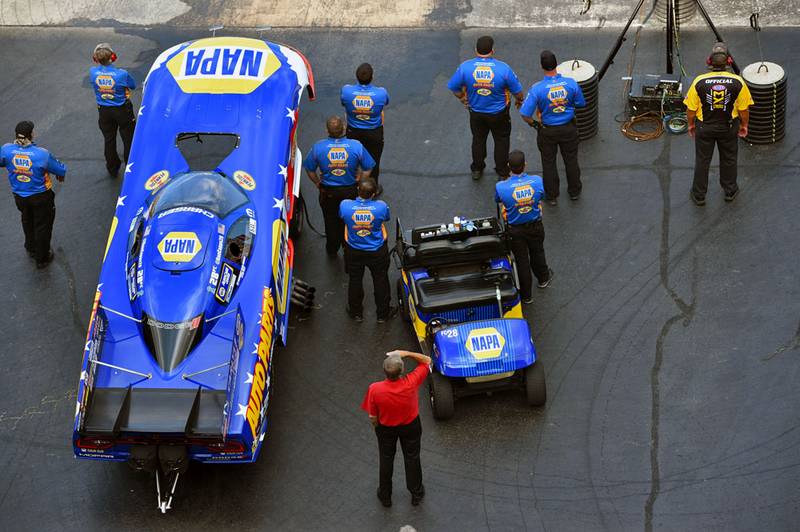 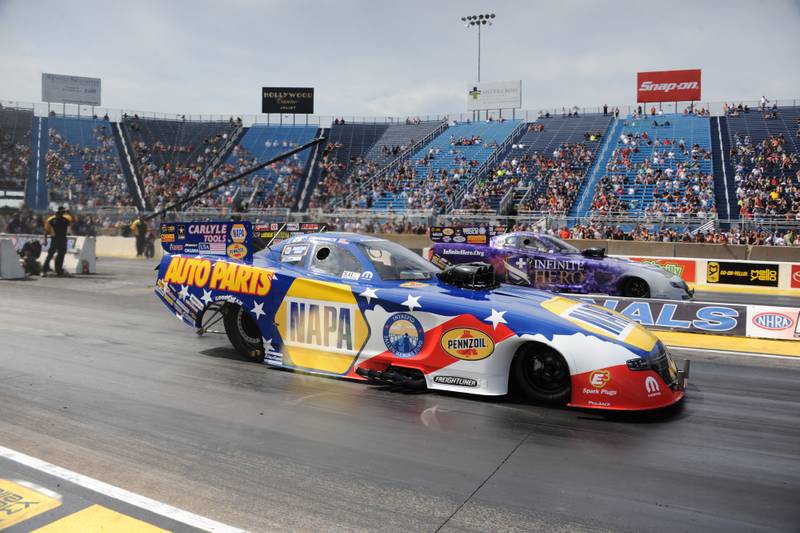 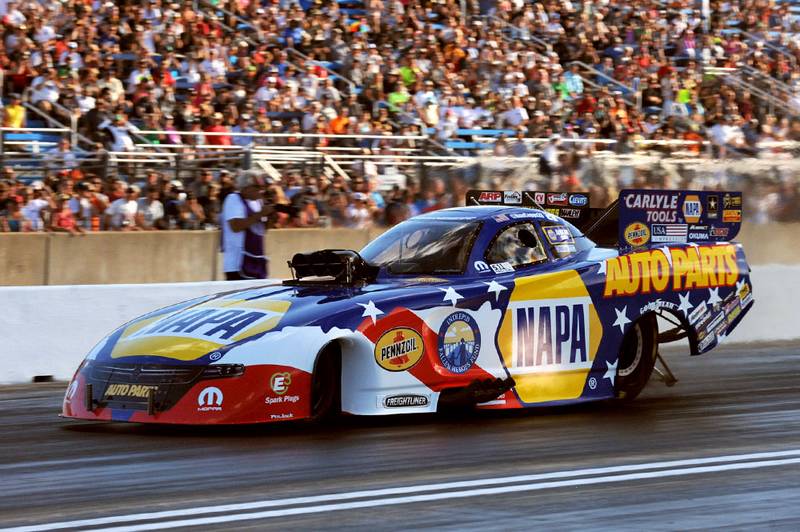