The Ford Mustang is the definitive pony car, an iconic steed now sold in more than 140 countries worldwide, according to The Verge. It came to fame in the 1968 classic flick “Bullitt,” starring Steve McQueen. Since its inception, numerous variations have been studiously designed by noteworthy individuals, starting with Carroll Shelby. Shelby died in 2012, but a special Ford Mustang Shelby GT350 lives on, thanks to the work of Ford Performance.

From Mustang to Shelby 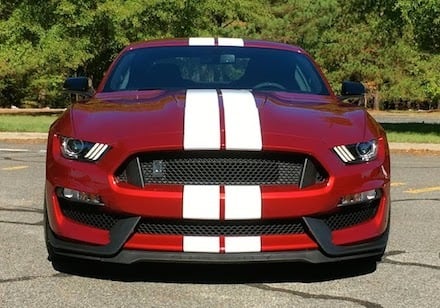 Former race car driver and entrepreneur Shelby was the first outside designer to work with Ford to develop special performance variants of the Ford Mustang, starting with the 1965 Shelby Mustang, according to Car and Driver. Also known as Cobras, the first Shelby models represented modified Mustangs with enhanced headers, manifolds and brakes. Over the ensuing five years, Shelby’s team released additional variants, models prized for their special paint schemes, interiors and performance enhancements. A dispute between the two parties ended that relationship in 1970.

Fast forward to 2003: The two parties mended their rift just before Ford released the fifth-generation Mustang. Over two dozen Shelby variants have rolled out since then, each powered by a naturally aspirated or supercharged V8 paired with a five- or six-speed manual transmission and the occasional automatic. Most Shelby models last for a year or two before the next or a companion model rolls out. The 2013–14 Ford Shelby GT500 has the distinction of being the most powerful model ever, delivering an explosive 662 horsepower, thanks to its special 5.8-liter supercharged V8 engine.

Today’s top-end Ford Mustang sports the Shelby GT350 moniker. It’s a 2+2 sports coupe without Mustang badging, but it retains Ford badging on the caps that dress the 19-inch, ebony-painted aluminum wheels. Although it isn’t badged as a Shelby, the emblematic cobra design replaces the Mustang logo, while the GT350 inscription substitutes for the Mustang name itself. The GT350R represents the two-seat version.

Inside, you’ll find generously bolstered Recaro sport seats, an exclusive instrument cluster and a flat-bottom steering wheel wrapped in Alcantara and leather trim. Inside and out, this Shelby screams sports car, but it’s what’s under the hood that makes the most profound statement.

Flat-Plane Crank V8 Engine and All That

Most modern Shelby models benefit from a V8 engine exclusive to this model. Where the Mustang GT has a 5.0-liter V8 engine, the Shelby delivers a 5.2-liter V8 with 526 horsepower at 7,500 RPM and 429 pound-feet of torque at 4,750 RPM. A Tremec-supplied six-speed manual gearbox sends power to the rear wheels. 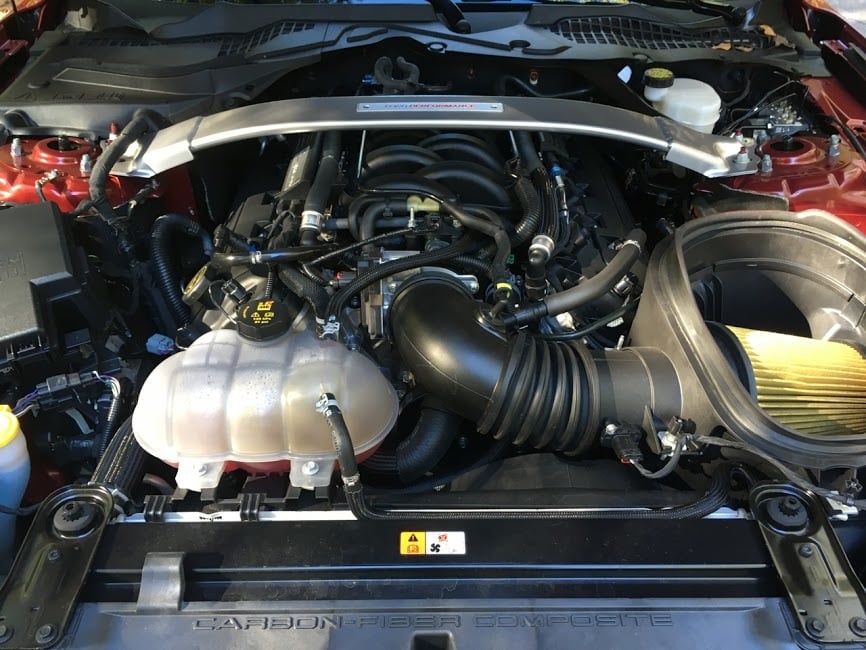 What’s special about the Shelby’s engine is that it operates like a pair of four-cylinder engines wedged together, notable for its sequential right-left firing order. This unorthodox arrangement, common to race cars and Ferraris, allows engines to rev higher and louder — two important attributes of any high-performance car.

Slip behind the wheel, engage the clutch and ignition, and a tremendous bellow flows from the Shelby’s exhaust system. Indeed, the note is so loud that Ford Performance developed a “quiet mode” to hush the exhaust — your neighbors will thank you at 6 a.m. If you want a bit more noise, the folks at Magnaflow have you covered.

The gearbox is as silky-smooth shifting as they come, moving between gears effortlessly. That’s what you want as you ramp up to highway speeds in about four seconds. Take this Shelby to the track and 200 mph is within reach.

For the rest of us, twisty back roads showcase the Cobra’s full competence, thanks to enhanced suspension geometry, added bracing and the MagneRide Damping System, composed of monotube dampers and sensors at all four corners. Where early muscle cars were straight-line warriors, the GT350 adds an important layer of enhanced steering feedback and nimble handling to amplify its street cred. Certainly, all this makes for a delicious recipe for sports car greatness, the latest line of Mustangs-turned-Shelbys.

Check out all the maintenance parts available on NAPA Online or trust one of our 17,000 NAPA AutoCare locations for routine maintenance and repairs. For more information on the Ford Mustang Shelby GT350, chat with a knowledgeable expert at your local NAPA AUTO PARTS store.