As the name suggests, Glenn Joiner & Son is a family business and is celebrating its 80th anniversary this year. Glenn Joiner first opened a service station in Winter Garden, Florida, in 1937, and soon moved into auto parts sales, becoming a NAPA AUTO PARTS store in 1942. Today, the Joiners have two NAPA stores in Winter Garden and Apopka as well as an IBS location with the city of Ocoee.

Glenn’s son George followed in his father’s footsteps, as did both of his sons, Glenn and Wesley. Glenn runs the business today and Wesley handles dispatching and the counter. You might say both were born into the business. As soon as they got old enough they were doing small jobs at the store like sweeping, mopping, dusting, and mowing the grass.

Glenn said, “When I got a little older, I put up freight and helped my grandmother in the office with the bookkeeping. While I was in high school I learned the card desk, posting stock orders and sales onto the cards. That was before we had computers. Eventually I started working on the counter. When my father became ill and passed away in 1996, I took over the operation.”

In addition to Glenn and Wesley Joiner, Glenn’s son Eric works in the business doing outside sales and handling some of the everyday operation. Glenn’s wife Kathy is the bookkeeper and his son-in-law Doug is also involved in the business. 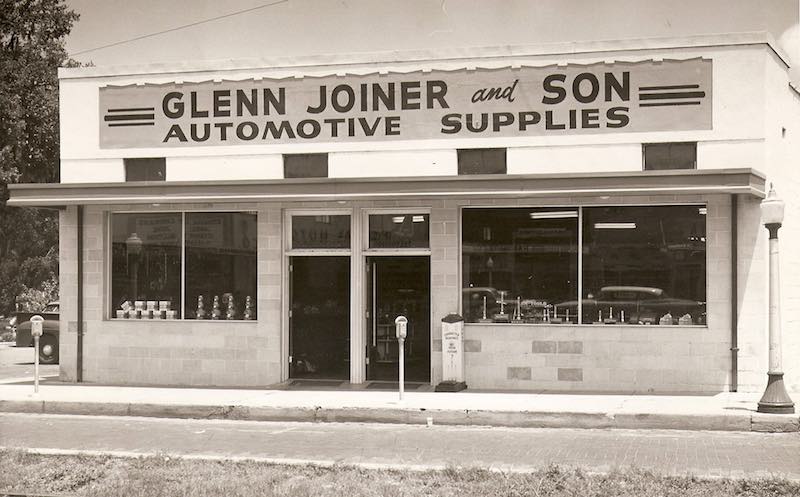 “My grandfather believed in running a fair and honest business,” said Glenn. “I’m doing that as well. We look out for our customers’ interests as well as our own.”

The Joiners, Known for Hard Work and Honest Service

His customers agree. Richard Hudson of Hudson Tire, a NAPA AutoCare Center in Winter Garden, has been a customer of the Joiners’ operation since 1965. “I knew Glenn’s grandfather and his father quite well. The best thing was the relationship we had with them. George would come by the shop to make a delivery or just to check on things. The whole family has always been straightforward and honest, helping in any way they can,” he said. “Glenn is the same way today as his grandfather and father were then. He gives the best price he can and stands behind their products 100 percent of the time. When it comes to warranties, Glenn and his family have always bent over backwards to do the right thing. They really work hard.” 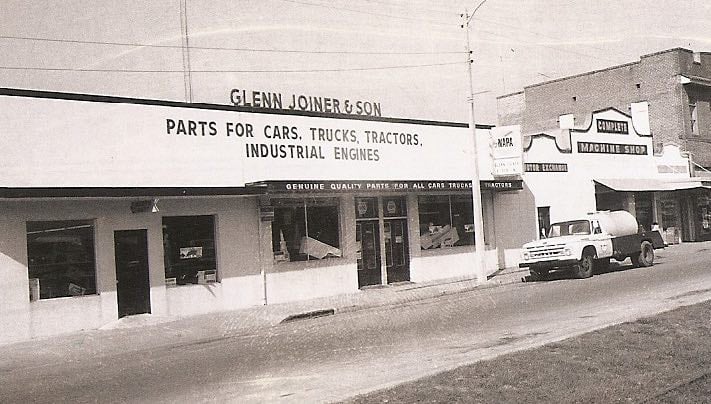 Mike and Patti Brankert who own Mike the Mechanic in Winter Garden got to know the Joiners when Mike worked at another repair shop before opening his own. Patti said, “We became a NAPA AutoCare Center soon after we opened because of our relationship with Glenn and Kathy.

“They approached us after we got Mike the Mechanic up and running. They were instrumental in our start-up. Glenn sat down with Mike and determined what we needed to have on our shelves—oil and filters, and the like. If there’s ever a problem, Glenn fixes it. We know Wesley and Eric, too. It’s great that a fourth generation is now part of the business.”

Art Johnstone who owns Ocoee Tire and Auto Service in Ocoee, is another one of the Joiners’ AutoCare partners. “The Joiners’ service is excellent. And they are very knowledgeable. We deal with a lot of older cars here and sometimes we need parts that no one else wants to bother to look for,” said Johnstone. “When it comes to those hard-to-find parts, Wesley Joiner is the best out there. He’s very knowledgeable and the service is excellent.”

Joiner said his AutoCare Centers are his best customers. “We like dealing with the locally owned businesses in our community,” he said. 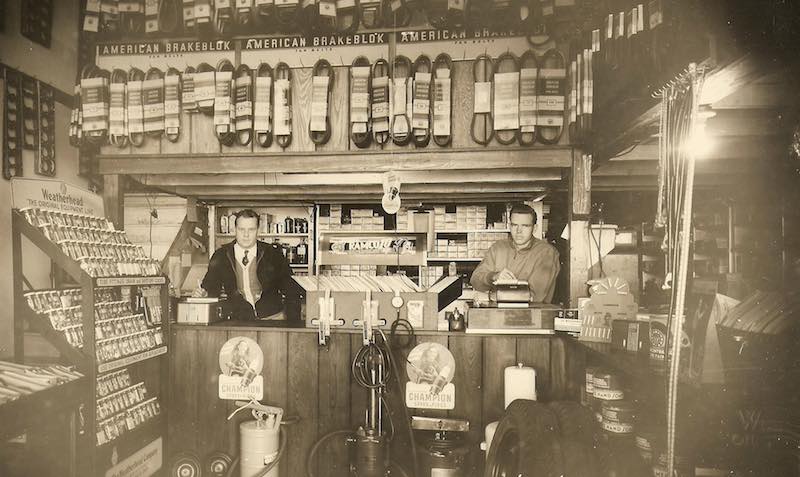 Deep Roots in the Community

With 80 years in the business, the Joiners support the community where they work and live. “We’re involved in Little League and various charities. We also have a relationship with the local ag programs at the schools, sponsoring kids in 4H and FFA,” said Glenn. “And through NAPA, we support the Intrepid Fallen Heroes Fund.” Johnstone said the NAPA store has also joined him in supporting the Wounded Officers Initiative in Ocoee as well as the Ocoee Spring Fling. The Spring Fling event showcases community services available in the area and promotes safety among youth and their families. “The Joiners have heart,” Johnstone added. 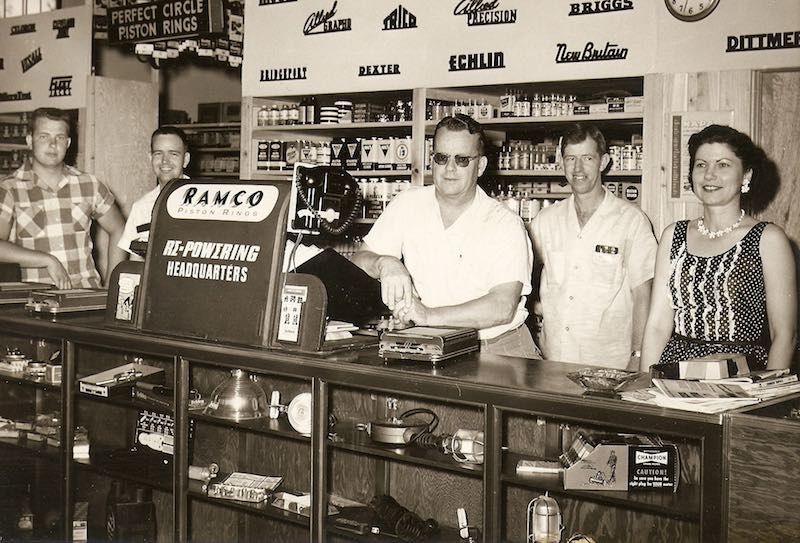 “We have deep roots here. Our store was around when Winter Garden was just a small business town and everybody knew everybody,” said Joiner. “That was way before Disney World.”

A lot may have changed since Glenn Joiner & Son was founded, but the family is still running the business as fairly and honestly as it did in 1937. No doubt, this NAPA operation will be around for many more generations to come. 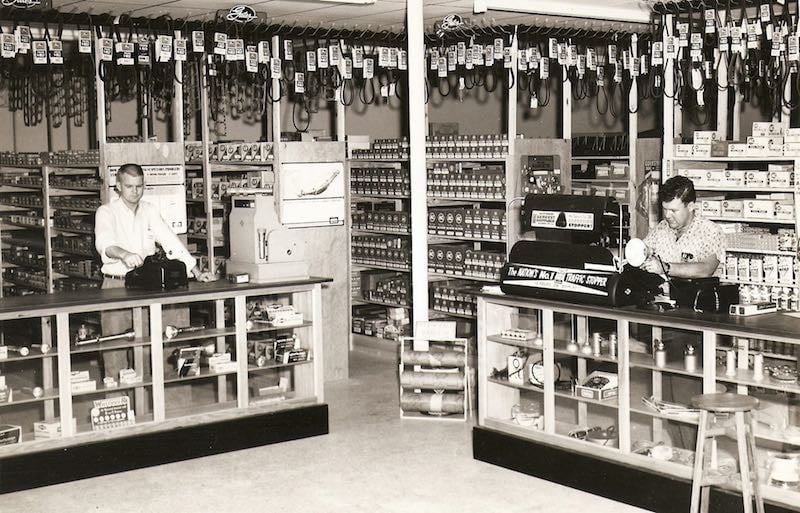