Bill McAnally Racing earned two of the top three positions at the NAPA AUTO PARTS 150 presented by ENEOS NASCAR K&N Pro Series West race at Evergreen Speedway on Saturday. Derek Kraus led the team with a runner-up spot in the No. 16 NAPA AUTO PARTS Toyota Camry while teammate Brittney Zamora enjoyed her homecoming at Evergreen Speedway by qualifying on the pole in her No. 99 ENEOS/NAPA Filters Toyota Camry, leading nearly a third of the laps and matching her career-best mark with a third-place finish.

Hailee Deegan challenged the leaders on numerous occasions in the No. 19 Monster Energy/NAPA Power Premium Plus Toyota Camry, but faded to seventh in the final laps.

Zamora – a 20-year-old series rookie from Kennewick, Washington – set the pace for the first 46 laps. She got shuffled back to fifth on a later restart and settled in at that point, but mounted a charge after making adjustments at the midway break of the race.

Zamora remains second in rookie points and fifth in the overall championship standings for the series. She has five top-five and six top-ten finishes, along with two poles, in nine starts this season.

Kraus, who qualified third, worked his way to the front and led laps 81 through 100. He was battling a tight condition, however, and had to settle for second. 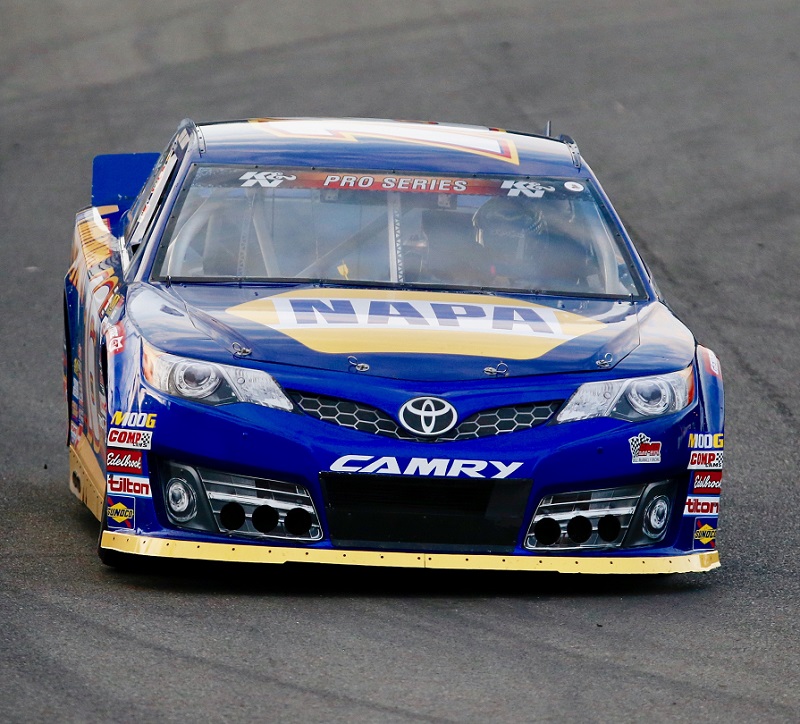 With his second-place finish, Kraus retained his lead in the championship standings by 18 points. He has three wins, six top-five and eight top-ten finishes in nine starts this season.

Deegan, also a NASCAR Next driver, slipped to third in the standings. The 18-year-old from Temecula, California, has two wins, five top-five and seven top-ten finishes – along with two poles – in her nine starts this year.

The Evergreen Speedway race will be televised to a national audience on NBCSN on Aug. 22 at 3 p.m. PST. 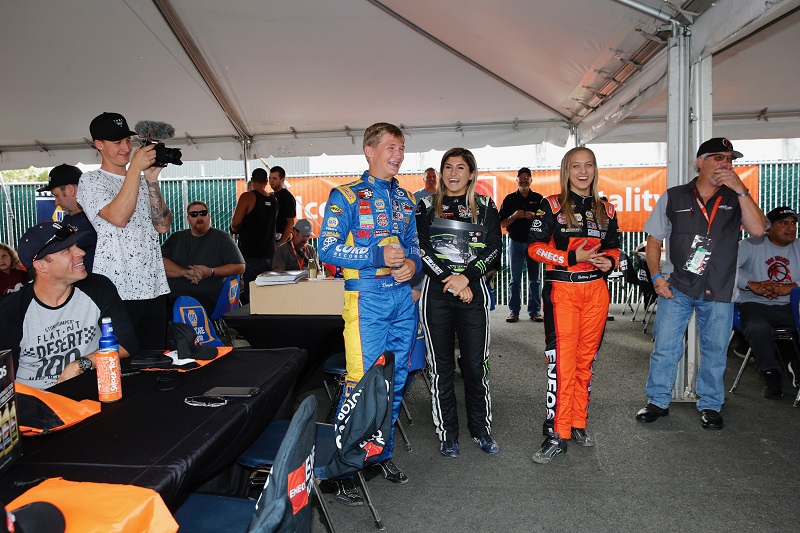