Chase Elliott and the NAPA AUTO PARTS team were a force to be reckoned with on Sunday at Bristol Motor Speedway as they led 88 laps and picked up two stage victories before a late-race accident left them with a 22nd-place finish. 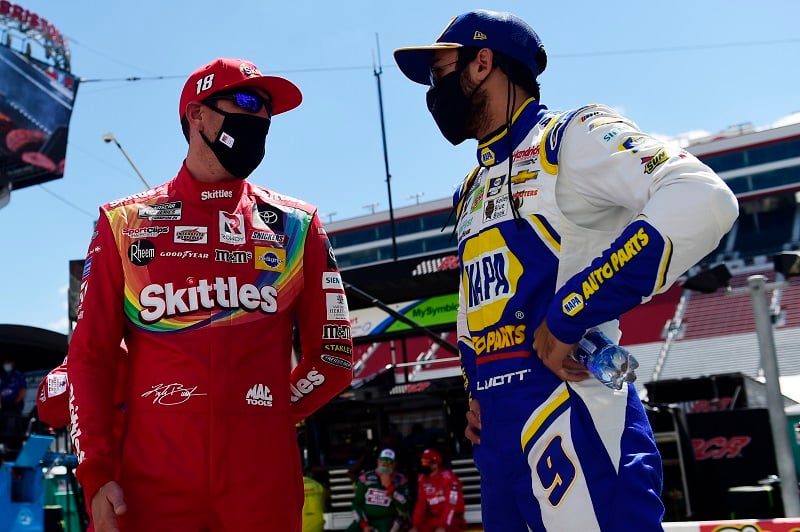 Elliott started Sunday’s 500-lap event at Bristol Motor Speedway from sixth after the starting lineup was set by random draw. The No. 9 driver raced inside the top 10 during the opening laps of Stage 1. When the Lap 60 competition caution came out, Elliott was running in eighth and reporting that his NAPA Chevrolet was too loose on the Bristol high banks. When he came to the attention of his NAPA AUTO PARTS team for their first pit stop of the afternoon, crew chief Alan Gustafson called for a four-tire pit stop with fuel and a trackbar adjustment. The No. 9 team gained Elliott two spots on pit road to position him sixth for the ensuing restart.

After lining up in the favorable outside line on the restart, Elliott capitalized and moved up to fourth by Lap 69. Just four laps later, the NAPA driver was scored third. The 24-year-old’s push forward did not stop there as he moved into second on Lap 88 and became the leader on Lap 105. From there, he pulled away to capture his fourth stage win of the season. 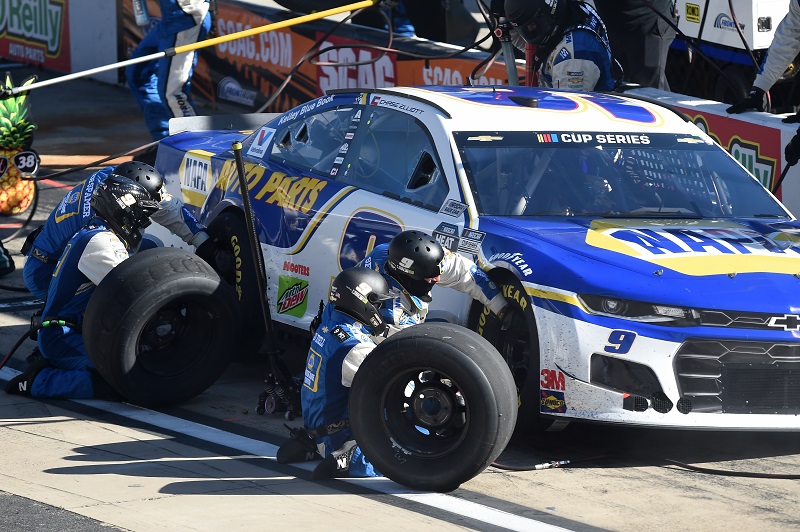 Elliott reported he was fairly happy with the handling of his No. 9 machine. The NAPA team made a pit stop during the stage break for four tires and fuel. He lined up second for the Stage 2 restart and dropped one spot to third before settling into the high line of the track. Elliott remained in third until a yellow flag was displayed on Lap 199. During the caution, a quick pit stop by the NAPA AUTO PARTS team gained two spots and put Elliott back in the lead for the Lap-208 restart. 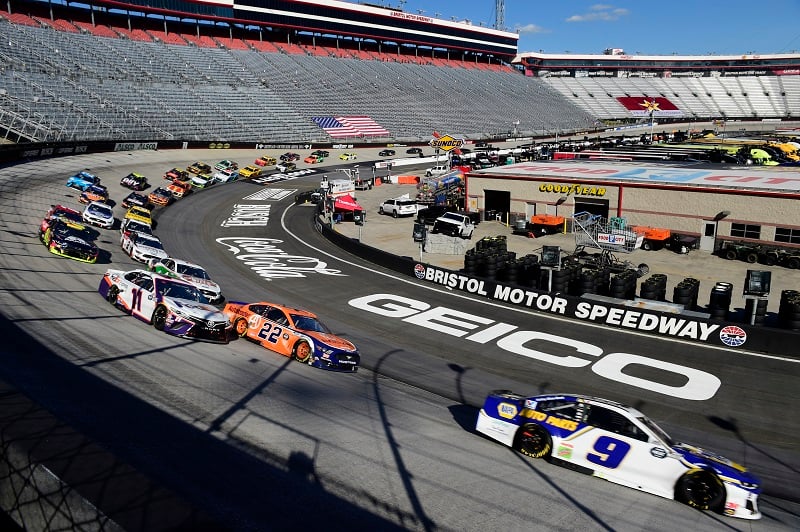 The No. 9 team maintained the lead through multiple cautions and varying pit strategies. When the second segment ended on Lap 250, Elliott collected his series-best fifth stage win of the season. During the stage break, Elliott made a scheduled pit stop for four tires and fuel and lined up 12th when the final stage began on Lap 262. 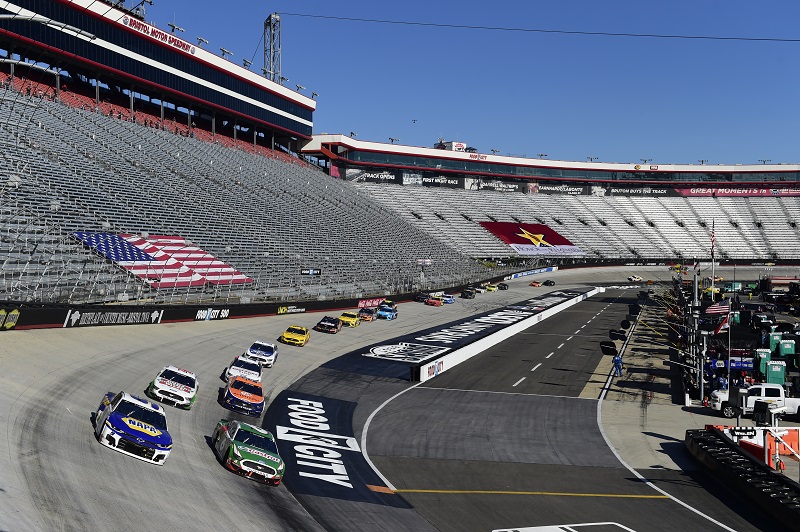 Elliott battled to make his way back through the field and raced around the top 10 for a little over 60 laps until a caution waved on Lap 329. Gustafson called Elliott to pit road for four tires, fuel and a trackbar adjustment to help the NAPA Chevrolet’s loose-handling condition. Another quick pit stop by the team put Elliott back on track in fourth for the restart on Lap 335. He remained in fourth for almost 100 laps until another caution was displayed on Lap 433. Elliott made another pit stop for four tires and fuel and restarted fourth with 61 laps remaining.

In the opening laps after the restart, Elliott advanced to second. He dropped one spot to third where he was racing through a series of late-race restarts. The NAPA driver continued to run third when the leaders made contact on Lap 489. Elliott maneuvered his way around the two leaders and into the top spot as the caution waved. 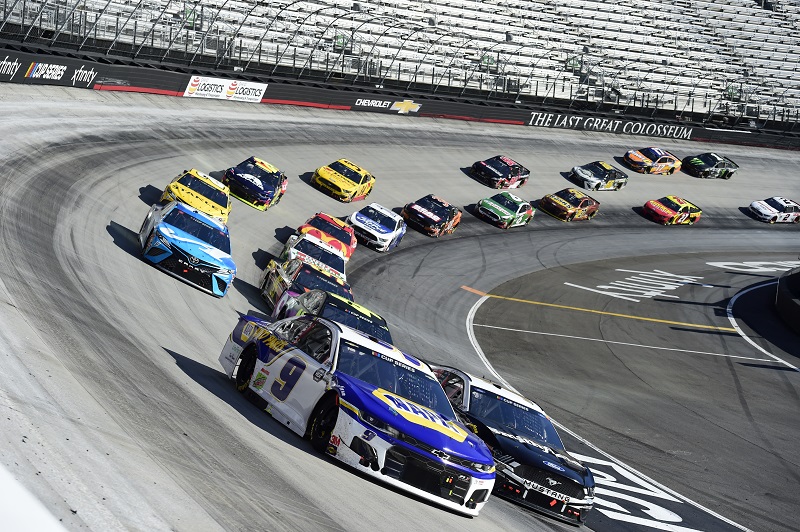 The Dawsonville, Georgia, native led the field to the final restart with five laps remaining. After initially grabbing the lead, Joey Logano worked his way alongside Elliott as the pair battled for the lead. As they raced into turn three on Lap 497, Elliott’s Chevrolet got loose and made contact with Logano’s No. 22 car and sent both cars into the outside wall. 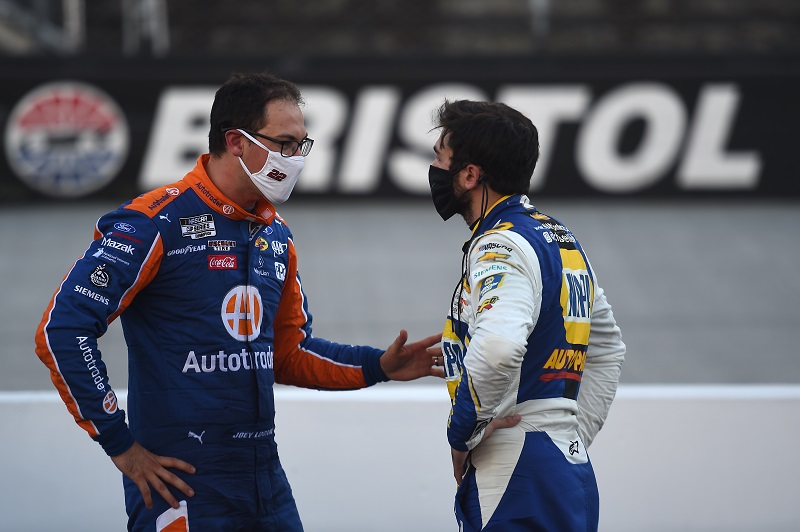 The resulting damage forced Elliott to limp his No. 9 NAPA AUTO PARTS Chevrolet to a 22nd-place finish.

Next Race: June 7, Folds of Honor QuikTrip 500, Atlanta Motor Speedway
How to Watch or Listen: 3:00 p.m. ET on FOX, PRN and SiriusXM