Chase Elliott had a strong showing on Wednesday night at Darlington Raceway as he finished in the top ten in both stages and led 28 laps before being spun out by a competitor while running second with less than 30 laps remaining in the event.

The NASCAR Cup Series returned to Darlington Raceway for a mid-week showdown under the lights. After a short rain delay, Elliott and the NAPA AUTO PARTS team started 17th after the starting lineup was set by a top-20 invert from Sunday’s finishing order. 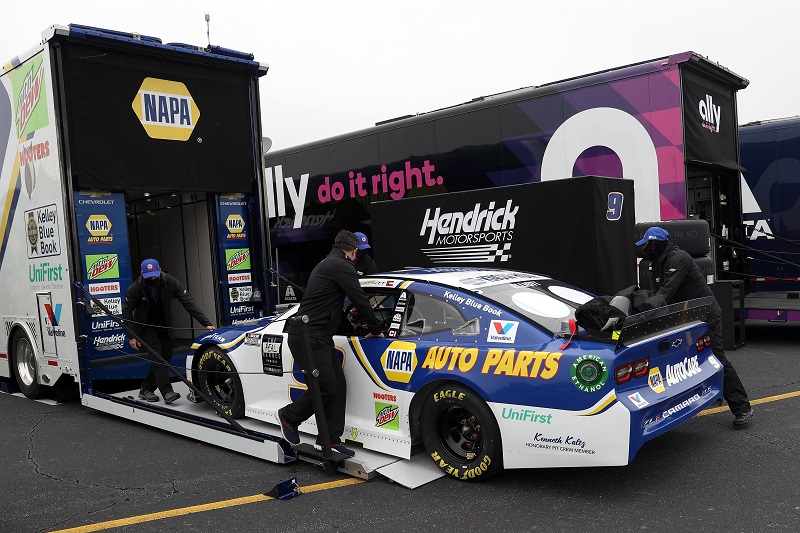 Elliott worked his way to 11th prior to the competition caution being displayed on Lap 25. He brought his Chevrolet Camaro ZL1 1LE to the attention of the NAPA team for four fresh tires and fuel. Elliott lined up 10th for the ensuing restart on Lap 30 and went three wide to start his charge to the front. He continued working towards the front and was up to seventh by the end of the opening 60-lap stage. 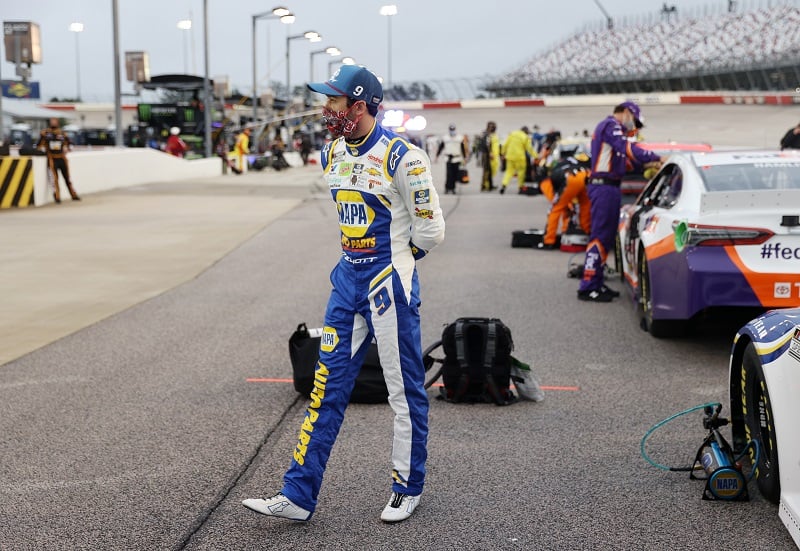 A quick caution came out just two laps after the green flag for Stage 2. Crew chief Alan Gustafson elected to bring Elliott to pit road for fresh tires and fuel and set him up to restart 14th. Elliott was back inside the top 10 by Lap 82 when another yellow flag was displayed. This time, he lined up on the inside lane for a Lap-85 restart. The driver of the No. 9 dropped to eighth before regaining his momentum. 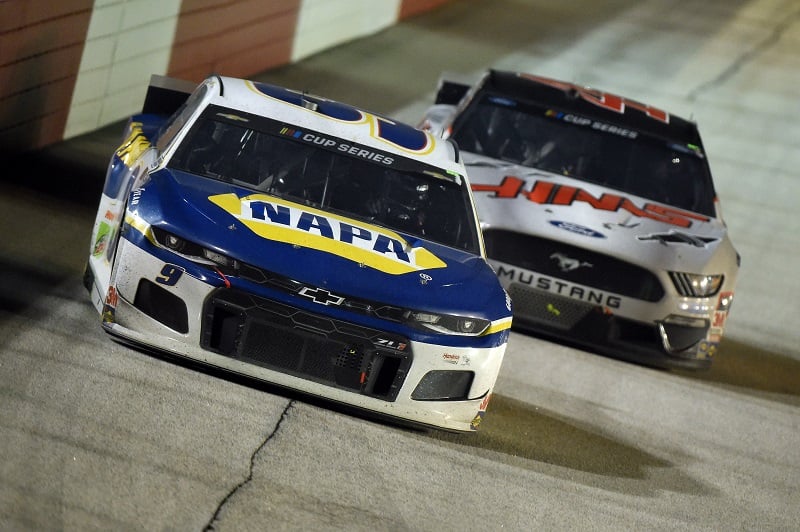 By Lap 100, Elliott was back inside the top 10 and happy with the handling of his NAPA Chevy. Less than 10 laps later, a yellow flag was display yet again. The No. 9 team had a quick pit stop, gaining Elliott five sports on pit road to put him fourth for the restart. By the end of Stage 2 on Lap 125, the 24-year-old driver had taken over the second spot. 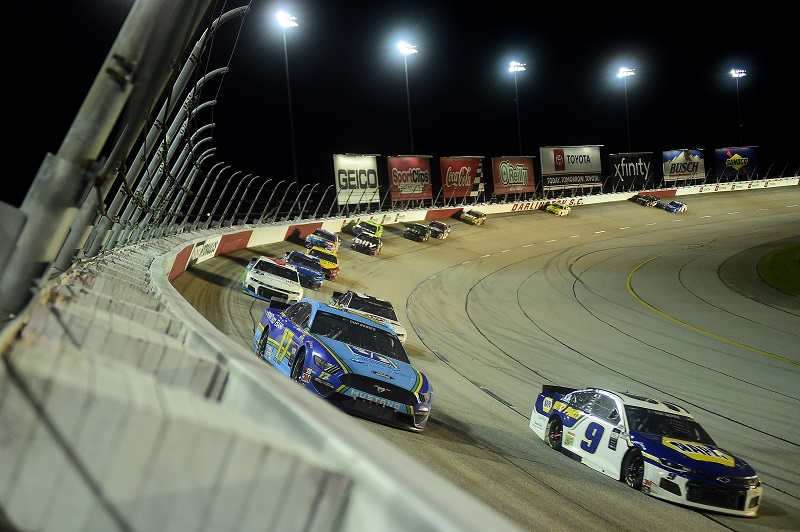 Coming off pit road for the third stage and final stage, Elliott was in eighth after a few competitors elected not to pit. He returned to second five laps later and eventually made the pass for the lead on Lap 161. 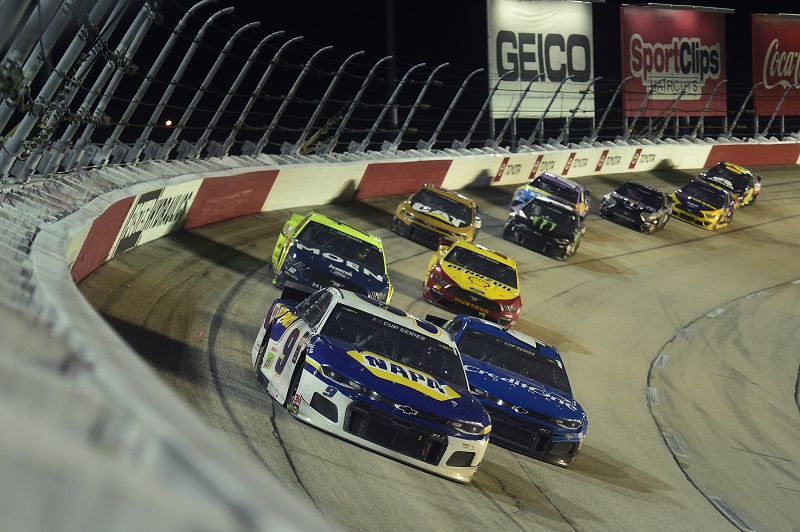 Elliott held the lead until it was time for scheduled green-flag pit stops on Lap 175. Another caution came out four laps later shuffling the field. Elliott lined back up as the leader for the ensuing restart. Through another caution period, he reported that the handling of his NAPA Chevrolet was starting to trend to the tight side. With four fresh tires and fuel, Elliott restarted sixth on Lap 200 and was making his way back to the front when he was spun into the inside wall by a competitor while running second. The contact ultimately ended the NAPA team’s day early with a 38th-place finish.