Chase Elliott and the No. 9 NAPA AUTO PARTS team rebounded from two laps down in Sunday’s NASCAR Cup Series race at Auto Club Speedway and were battling for position inside the top five when an on-track incident caused damage to their Chevrolet, taking them out of contention. The Dawsonville, Georgia, native held on to finish 26th in the 200-lap event. 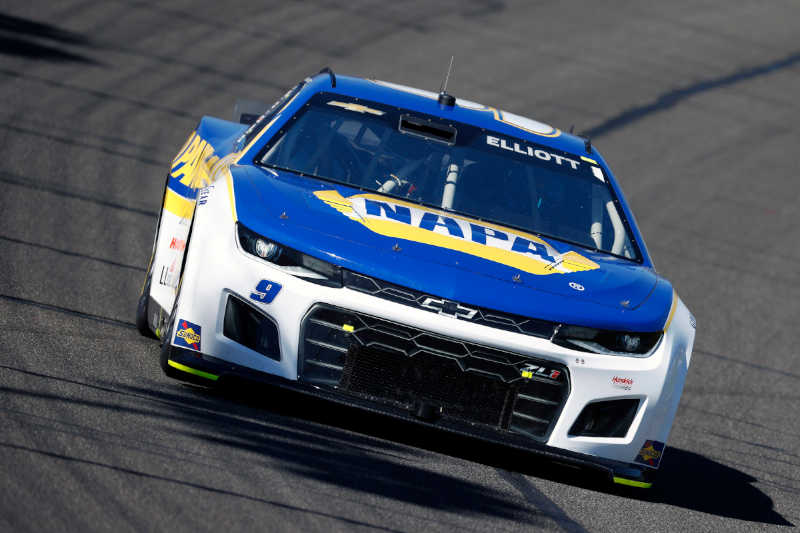 Elliott rolled off the grid from the eighth position for Sunday’s 200-lap race and advanced to the top five by lap 10. When the caution flag waved on lap 15, he was scored in the fourth spot and radioed that the balance was good on his No. 9 NAPA AUTO PARTS Chevrolet. Following the lap-19 restart, Elliott powered his way to lead within just four laps. He began to pull away from the second-place car and paced the field for 12 laps before getting loose and making contact with the wall. Elliott immediately relayed that he hurt something on the right side of his Chevrolet and that it was getting worse as he went. Elliott tried to hold on to his wounded Camaro ZL1, but it got around on him, bringing out the caution. 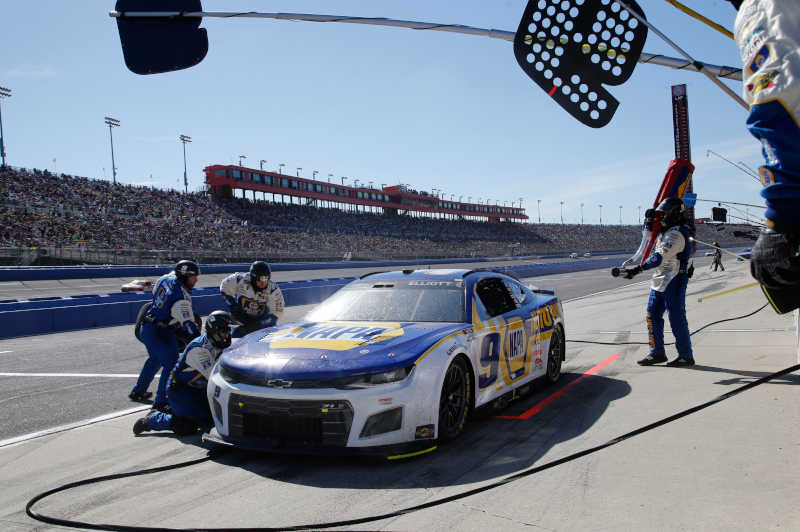 The team made a long stop for repairs under the yellow flag, going two laps down in the process. He restarted deep in the field and when the green-and-white checkered flag waved to end the first stage, Elliott was scored in the 32nd position. The team was fortunately able to earn one of their two laps back after earning the free pass. During the stage break, the team continued repairs to the No. 9 Chevrolet. 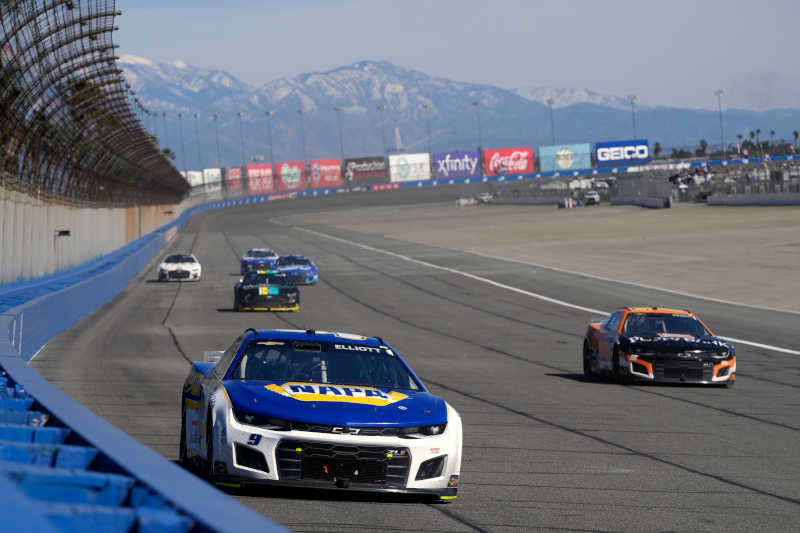 Elliott took the green flag for the second stage in 32nd and caught the break he needed when the caution flag waved just 15 laps later. The team was the first car one lap down at the time of the yellow, giving them the free pass to get back on the lead lap. Elliott hit pit road for four tires and fuel, and the team continued their repairs to the NAPA AUTO PARTS Chevrolet. He restarted 25th on lap 96 and was up to 19th by the race’s halfway point. However, Elliott was still battling through a tough-handling condition on his Chevrolet after the earlier damage and was running 24th at the conclusion of the second stage. Under the stage-ending caution, the team made multiple adjustments during their pit stop for four tires and fuel. 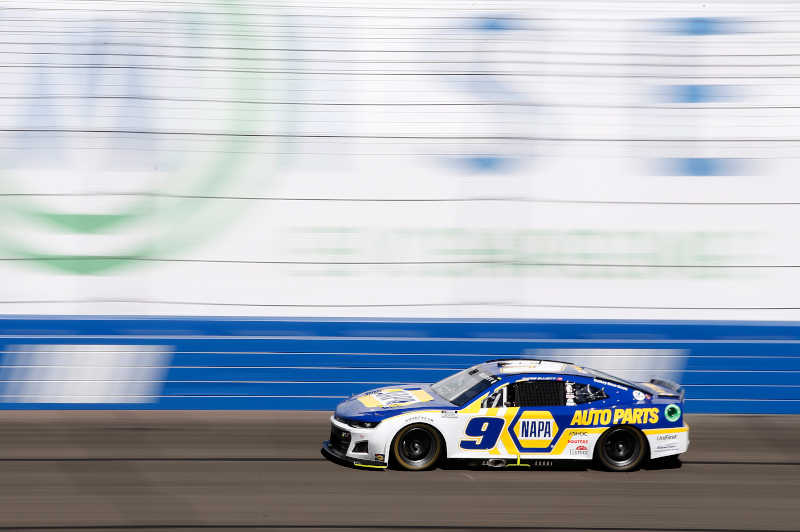 The driver of the No. 9 lined up 20th for the start of the final stage and advanced his position to 14th before a caution flag came out on lap 152. Elliott reported that the NAPA AUTO PARTS Chevrolet felt the best it had since the incident occurred in the first stage. A fast pit stop by the team allowed Elliott to restart inside the top 10 and he made quick work of the cars ahead of him, sliding into the fourth spot before another caution flag came out just a few laps later. Staying out, Elliott restarted in the fourth position and continued to battle inside the top five. 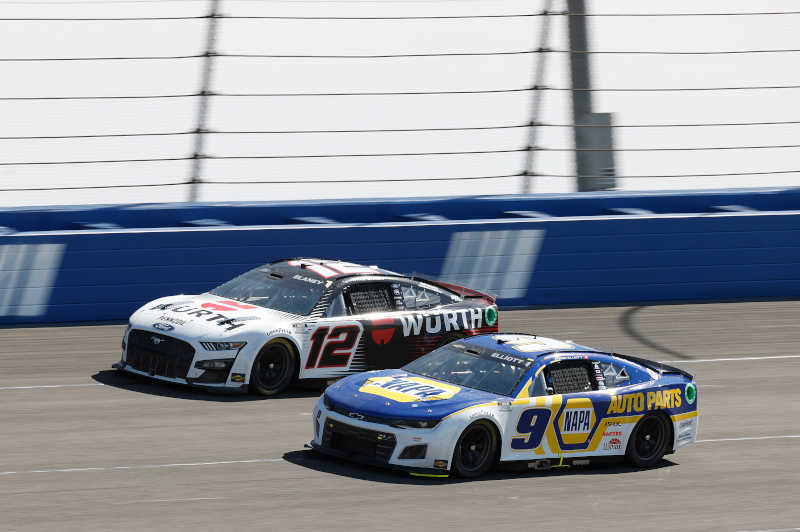 When one of the last caution flags of the race came out on lap 172, the team opted to pit for four tires and fuel. Another lightning-fast stop by the No. 9 crew helped Elliott win the battle off pit road. He lined up on the front row for the restart and was battling for position when another car made contact with the No. 9, causing Elliott to get into the wall. The contact caused damage to the right rear once again and Elliott lost several positions. Just a few laps later, Elliott’s Chevrolet got around on him. He kept it off the wall, but still the caution flag waved. He brought his damaged Chevrolet to pit road for fresh tires and repairs. Elliott restarted deep in the field and held on to take the checkered flag in the 26th position. 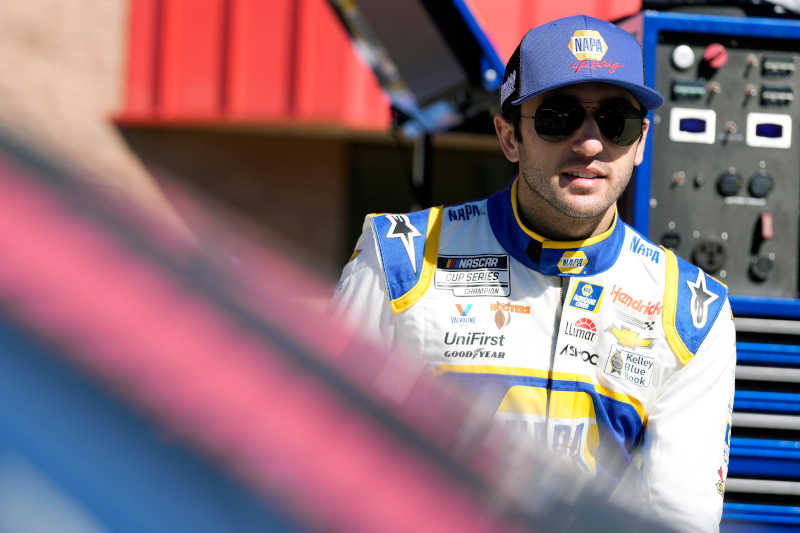 “I’m really proud of the effort this No. 9 NAPA AUTO PARTS team put in today. They rallied all day long and never gave up, making repairs that allowed us to get back up there and battle at the front. Unfortunately, we got damage again at the end there and we weren’t able to get the finish that this team deserved. It’s a tough way to end the day, but we’ll move on and look ahead to Vegas.”

Next Race: March 6, Las Vegas Motor Speedway
How to Watch or Listen: 3:30 p.m. ET on FOX, PRN and SiriusXM