Elliott began Sunday’s race third, jumping to second when the green flag dropped. On Lap 12, he took the lead for the first time, and thanks to a quick pit stop by the No. 24 3M team during a competition caution, he held it for the ensuing restart. He headed to pit road for a green-flag pit stop from the lead, but when a caution flag waved in the middle of a cycle, Elliott found himself trapped a lap down. He took a wave-around during the caution and was able to restart eighth on the lead lap. He found the top five once again on Lap 149, and moved all the way up to second on Lap 182 – behind teammate Jimmie Johnson. That is where he remained through a cycle of green-flag pit stops and a caution for debris, but he fell to third on the ensuing restart. With 82 laps to go, Elliott raced back up to second just before a caution flag flew. He lined up fifth for the restart and unfortunately was involved in a multiple-car incident that caused a red flag to be displayed. The damage forced Elliott to the garage and ended his race. On a day that he led 103 laps, he was ultimately scored 33rd.

It made Elliott one of five Chase contenders to finish between 30th and 38th. 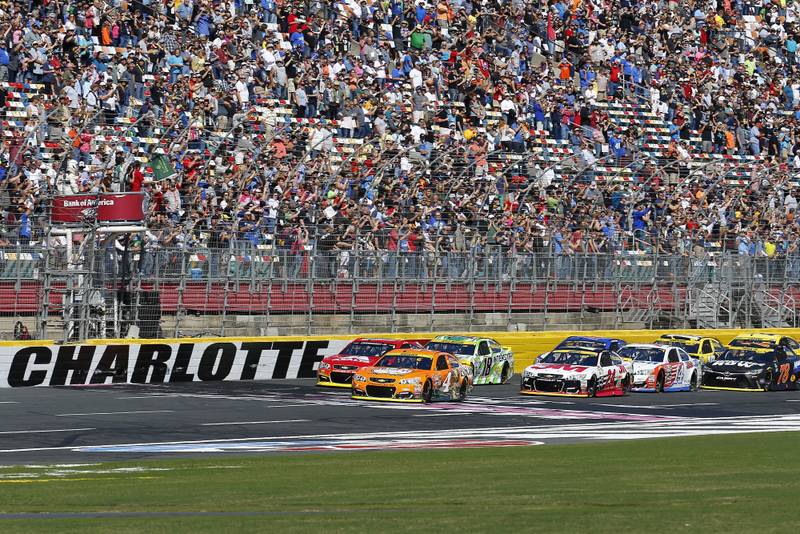 “This was one of the best (cars) I’ve had I think throughout this year for sure. I was really proud of that. Everybody at Hendrick Motorsports, Hendrick Engine Shop, 3M, all of our partners, we have been working hard at trying to get better. This was definitely proving it today,” rookie of the year contender Elliott said after a late-race incident brought his day to an end. “It seems like this has been a troublesome day for a lot of guys. Hopefully in Kansas we can just try to have another car like we had today and not make any mistakes next week.”

Elliott’s teammate, Johnson led the four-car Hendrick Motorsports contingent winning the Bank of America 500 closely followed by Kasey Kahne in third while Alex Bowman subbing in for Dale Earnhardt Jr. finished 39th after an on-track incident that ended his run for the day.

The next event on the NASCAR Sprint Cup Series schedule will be Sunday, Oct. 16 at Kansas Speedway. The event will be broadcast live on NBC at 2:15 p.m. ET. 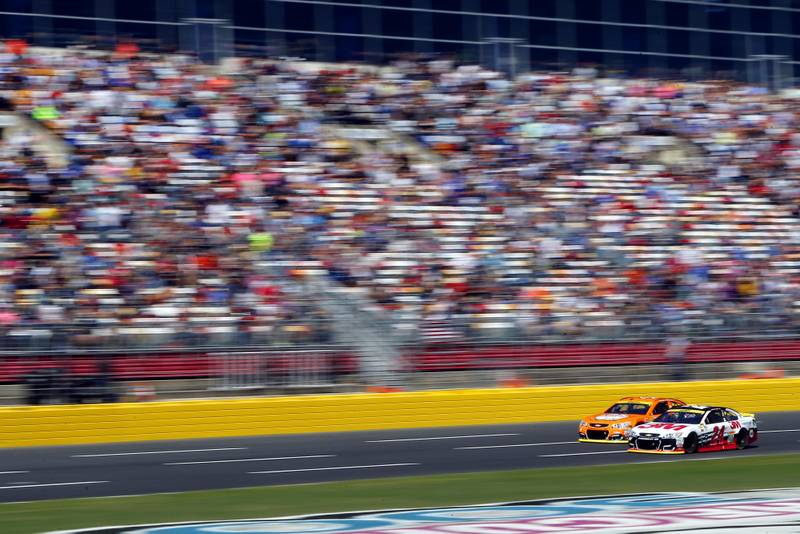