Chase Elliott and the No. 24 NAPA AUTO PARTS team collected their third top-10 finish of the season Sunday afternoon at Auto Club Speedway. The 10th – place finish advances Elliott to second in the point standings.

Elliott started Sunday’s NASCAR Cup Series race 13th and wasted little time making his presence known. The driver of the No. 24 NAPA AUTO PARTS Chevrolet SS drove his way toward the front at the drop of the green flag. He climbed 10 spots to finish third in Stage 1. 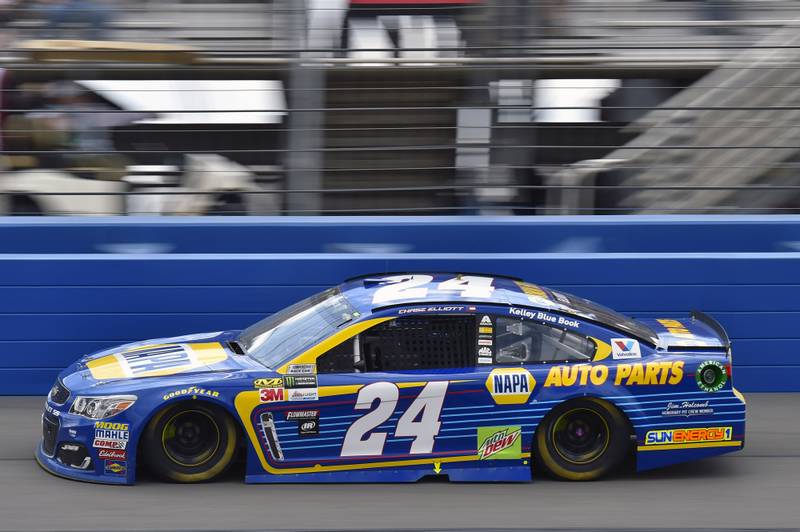 The second-year driver maintained that position at the end of Stage 2 as well. Those stage finishes collected Elliott 16 additional season points.

The Dawsonville, Georgia, native began the final stage in fourth and continued to race inside the top five until making a green-flag pit stop with 47 laps remaining. When the cycle of green-flag pit stops concluded, Elliott found himself back in fourth before jumping to third on Lap 168. 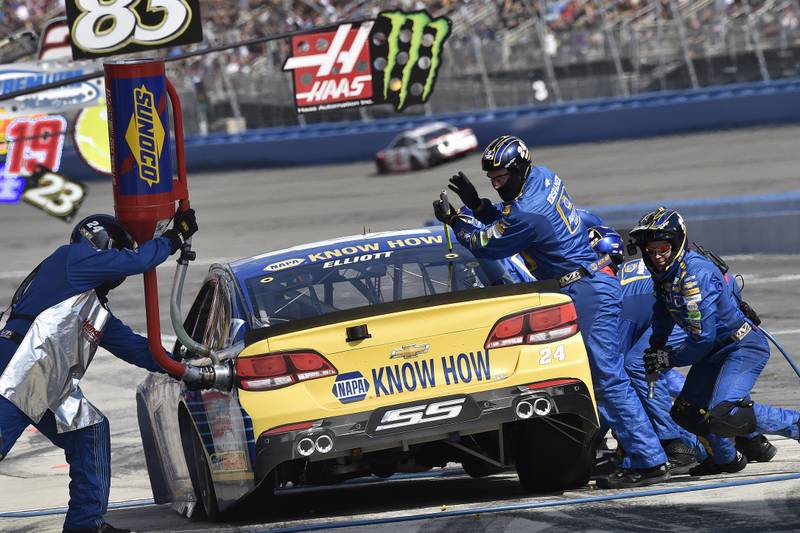 With 22 laps remaining, crew chief Alan Gustafson called his driver to pit road for another green-flag pit stop. Unfortunately for the No. 24 team, the caution flag waved one lap later, trapping Elliott a lap down. He was the beneficiary of the free pass to rejoin the lead lap under that same caution by being the first car one lap down.

Elliott worked his way back inside the top 10 before yet another caution flag sent the race to a green-white-checkered overtime finish. Gustafson elected to call Elliott back to pit road for four fresh tires. When the race restarted with only two laps remaining, Elliott lined up 15th and advanced five spots to finish 10th.

The team’s third top-10 finish in five races this season vaults Elliott to second in the Cup Series points standings. 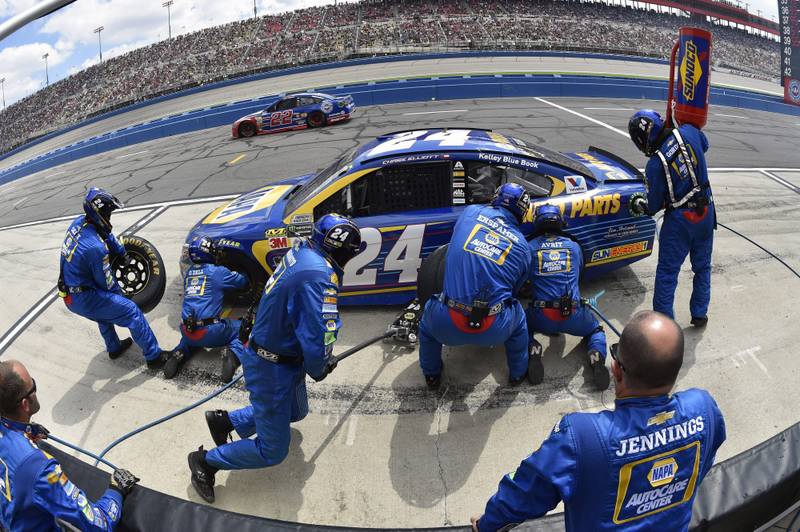