A new year has begun and 2017 offers much promise, especially in the way of automotive trends. A peak in new car sales over the past few years reveal a strong industry, one that is in the process of rolling out important technological, engineering, and design changes, including some we can expect to see beginning this year.

When Nissan launched a LEAF electric vehicle in 2011, the automaker had high hopes its compact hatchback would initiate an EV revolution. Well, it didn’t. Not that the LEAF didn’t meet the manufacturer’s projections — it did — but two issues tempered sales: rapidly falling gas prices and consumer range anxiety. The first issue was beyond the manufacturer’s control, but the second one was not. Customers just couldn’t get past the LEAF’s 58-mile range and make a commitment to purchase one.

Arriving on the market in greater numbers this year is the Chevrolet Bolt, an electric car with an EPA-estimated 238-mile range. That’s four times longer than the original LEAF and important for GM, the Chevy Bolt beats the upcoming Tesla Model 3 to the market by at least a year. The starting price is high, $37,500, but with a $7,500 federal tax credit and local incentives, a Bolt can be had for roughly the same price as well-equipped gas-powered Chevrolet Cruze. 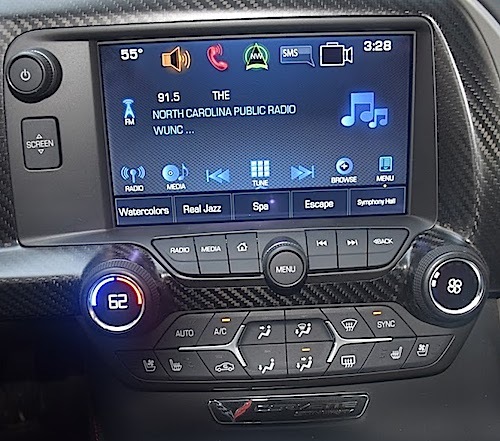 Driverless vehicles will soon become mainstream, but only after extensive testing has been accomplished and regulatory changes made. The technology is in place and testing is underway.

Each state regulates driving, and Michigan, the center of the U.S. auto industry, has taken the lead in allowing autonomous cars on local roads. The Michigan initiative, passed in December 2016, outlines how autonomous cars can legally operate on Michigan roads. Although full deployment won’t happen before 2021, you’re likely to encounter driverless cars in select cities around the country, including Pittsburgh.

Record new-vehicle sales underscore an important trend: Consumers are purchasing more trucks and SUVs than they are cars. Credit lower fuel prices and the outstanding versatility of SUVs for this significant trend.

Manufacturers are responding in kind by releasing more SUVs while cutting back car production. In 2017, two manufacturers will join the subcompact SUV fray by bringing all-new models to the market. Toyota introduces the CH-R and Ford will roll out several new models, beginning with the EcoSport.

One pain point for new car buyers is in-cabin technology, specifically infotainment systems designed to manage phone calls, navigation, music and other tasks through a touchscreen nerve center found at the top of the center stack. A 2016 Consumer Reports survey revealed widespread dissatisfaction with them, although the Chrysler UConnect 8.4 system won high marks.

Infotainment systems are improving, but there is a pair of Apps that are compatible with many new cars. Apple CarPlay and Android Auto provide cloud-based maps, by seamlessly connecting your music, and allowing you to send voice messages, among other features.

On the safety front, driver-assist technologies are rolling out in greater numbers. Adaptive cruise control, lane-keep assist and emergency braking, once commonplace only on luxury models, now appear on mainstream vehicles in greater numbers. And ahead of a 2018 government mandate, most new cars already include rearview cameras. If you own an older model you can also purchase one separately.

Check out all the maintenance parts available on NAPA Online or trust one of our 17,000 NAPA AutoCare locations for routine maintenance and repairs. For more information about car parts and automotive trends, chat with a knowledgeable expert at your local NAPA AUTO PARTS store.

NAPA Know How Blog Looking Down The Road: Top Automotive Trends of 2017