Carmakers have a couple of options to consider when they’re deciding how to keep wheels securely attached to a vehicle. You’re probably familiar with lug nuts. These heavy nuts come four or five to a wheel and help to ensure that your rims stay connected to your car. A second, less common fastener is the lug bolt. A lug bolt serves the same function as the lug nut, but it’s used on a smaller range of vehicles.

So what are the deciding factors in the question of lug bolts vs lug nuts? Here we will discuss the two options and explore their key differences.

A lug nut threads onto a wheel stud, which is seated semi-permanently in the wheel hub.

Lug nuts come in different forms. Here are a few of the most common variations: 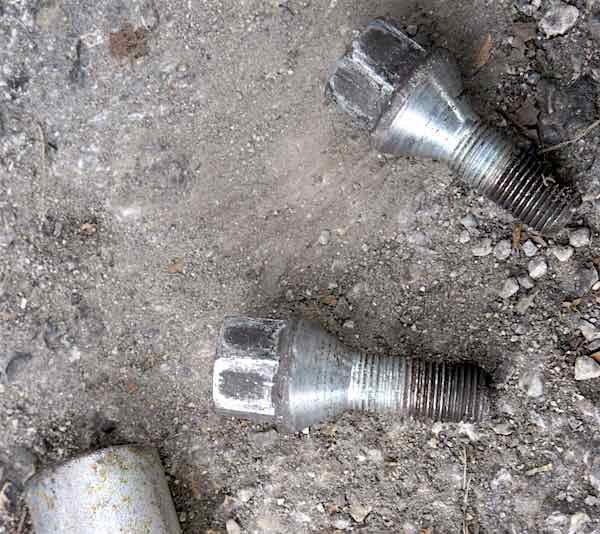 With a lug bolt, a threaded stem is affixed to a tapered head. Think of it as a lug nut permanently attached to a wheel stud that screws directly into the hub.

While a lug nut screws onto a threaded wheel stud that is attached to the hub, a lug bolt eliminates the need for a wheel stud. Its design allows the wheel and the brake rotor to be directly attached to the hub. Lug bolts are more often seen on European cars, appearing on brands such as Audi, BMW and Volkswagen.

When you’re changing tires, lug nuts are usually easier to work with than lug bolts, as you can hang the wheel on the stud and tighten the nut rather than aligning two sets of holes, which is needed with the lug bolt. Be careful of damaging the threads of a wheel stud, though, as replacing one is difficult. On the other hand, if the bolt hole of a car with lug bolts becomes damaged, you could be looking at replacing the whole hub.

If your car came equipped with lug bolts, you may have the option of switching them out for lug nuts via an aftermarket wheel stud kit.

When you’re working on your car’s wheels, it’s important to know the difference between lug bolts and lug nuts. Now, the next time you work on your wheels, you’ll know which one you’re looking at and be able to select and use the right tools for the job at hand.

Check out all the lug nuts and bolts available on NAPA Online, or trust one of our 17,000 NAPA AutoCare locations for routine maintenance and repairs. For more information on lug bolts and lug nuts, chat with a knowledgeable expert at your local NAPA AUTO PARTS store.