Chase Elliott and the UniFirst team took home the checkered flag Wednesday night at Bristol Motor Speedway after dominating the field during the 2020 NASCAR All-Star Race. Elliott won Stages 2 and 3 before crossing the finish line first in the final stage and earning the $1 million prize. 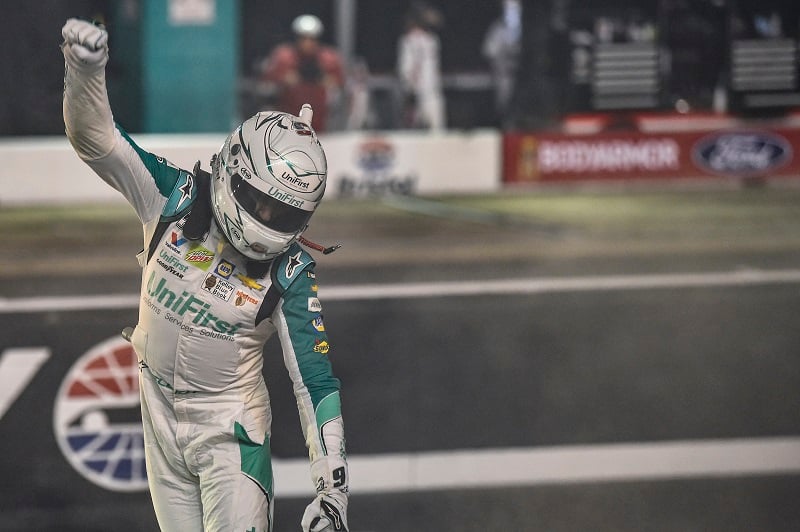 Elliott began Wednesday night’s race at Bristol in 13th. He quickly began his charge to the front and was in sixth when the first caution flag waved on Lap 6. The No. 9 UniFirst team elected to stay out and not pit during the caution, lining up sixth for the ensuing Lap-14 restart. 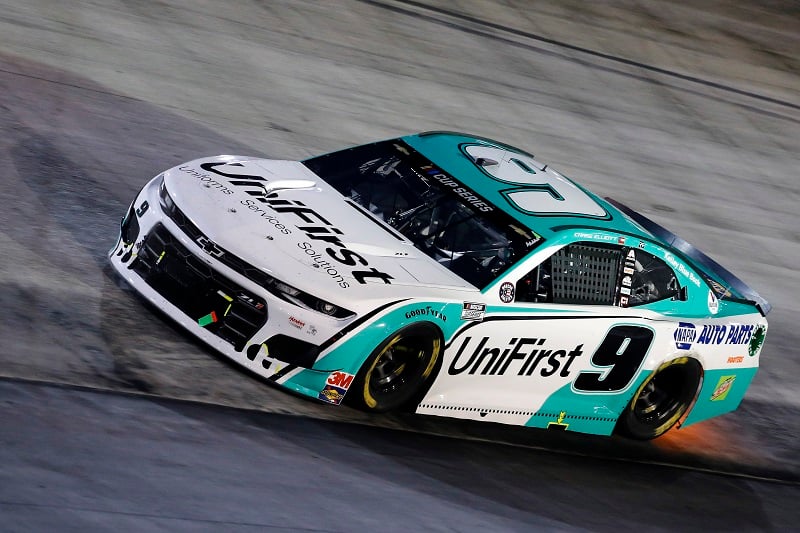 By Lap 20, Elliott had moved into the top five. On Lap 32, he was pressuring the fourth-place driver for position and took over the spot with less than 25 laps to go in the first stage. Elliott moved ahead of Hendrick Motorsports teammate Alex Bowman for third place on Lap 44 and held on to that position for the remainder of Stage 1. 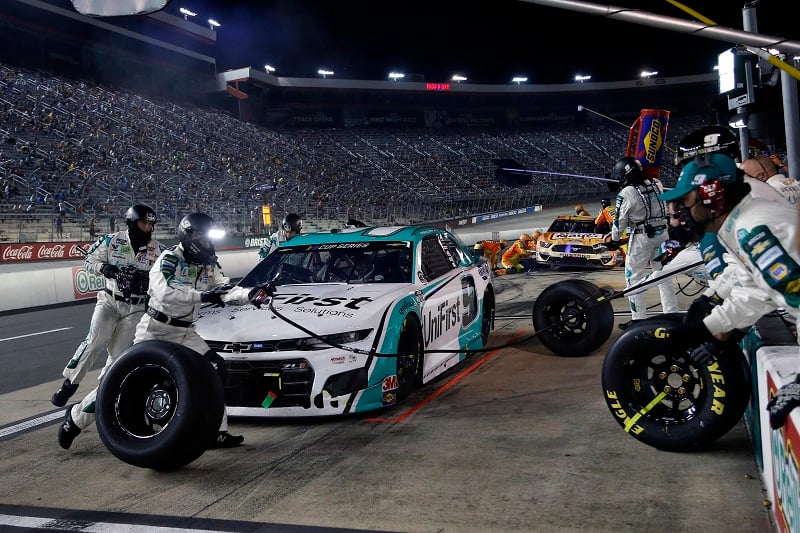 After a pit stop for four tires and fuel during the stage break, Elliott lined up third for the Lap-56 restart. He was able to use his momentum on the restart to take over the second spot before the yellow flag waved. Once the field was green again on Lap 63, Elliott surged to the front from the outside lane, taking the lead for the first time of the night. He kept the top spot for the rest of the segment and took the green-checkered flag as the Stage 2 winner on Lap 90. 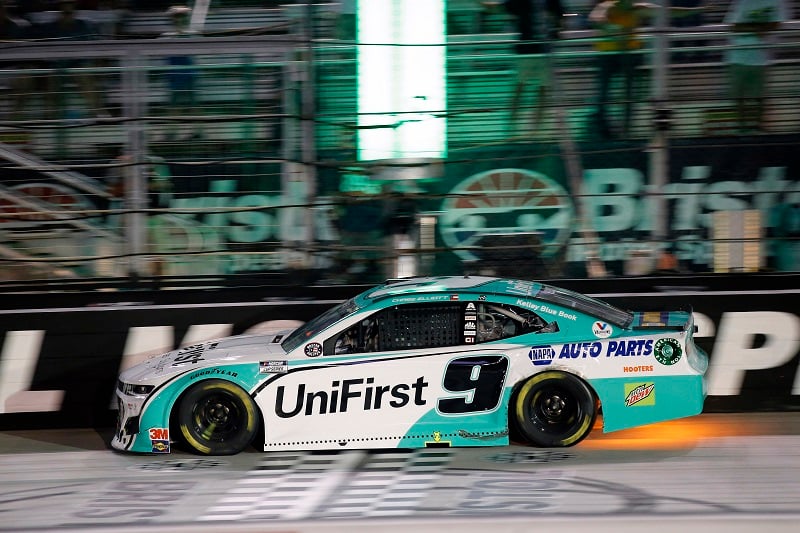 Differing pit strategies during the stage break put Elliott in second, on the inside lane, for the Lap-91 restart. He lost his momentum early and slid one spot to third but was able to get in a rhythm and rebound back to second on Lap 104. He reclaimed the lead on Lap 110 and held that position for the final 15 laps of Stage 3. 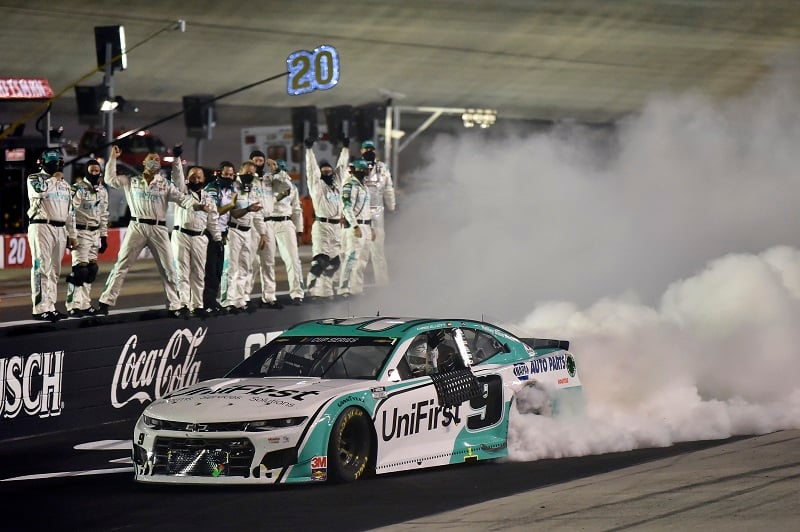 The UniFirst team did not pit during the stage break and took the green flag for the final 15-lap stage as the leader. Elliott was able to hold off the field for the final 15 laps, earning his first career All-Star Race win. 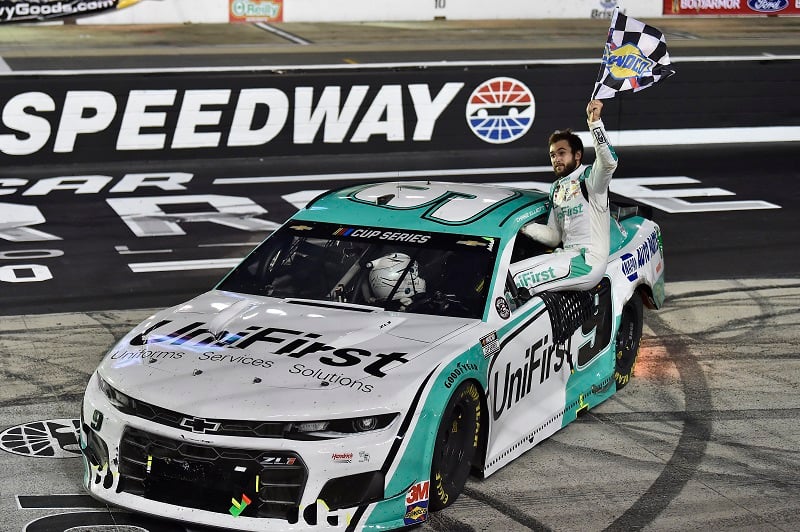 This event marked the first NASCAR All-Star Race held at Bristol Motor Speedway. The only other all-star event that wasn’t at Charlotte Motor Speedway was at Atlanta Motor Speedway in 1986, the year Elliott’s father, Bill Elliott, won the event. Elliott’s win on Wednesday makes him and Bill Elliott the second father-son duo to earn all-star victories. 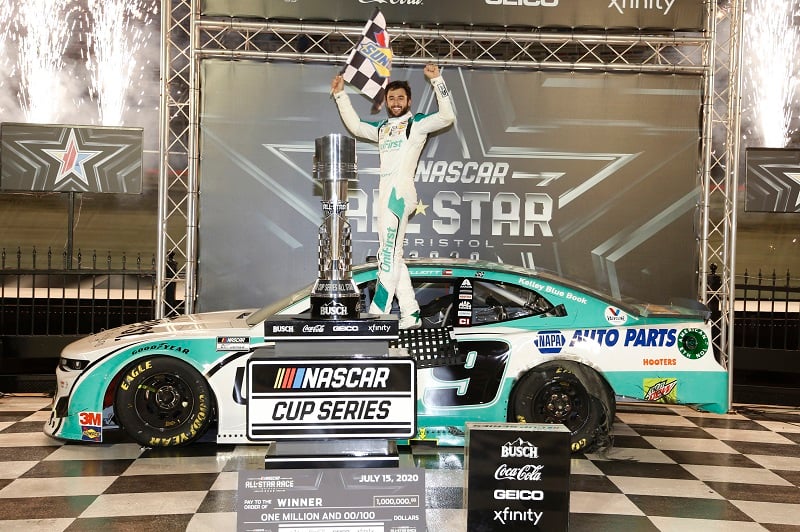 “Just a special night,” Elliott said. “A special event. Any race is hard to win, but this is a special race to win, something that locks you in the All-Star Race for life. That is extremely special to join dad. Winning this race means a lot to me as well. Just a big thanks to our partners, UniFirst, NAPA, Hooters, Kelley Blue Book, Mountain Dew, Chevrolet, all our partners that make this go around.”