MOHNTON, Pa.  (Oct. 5, 2014) – Nearly everything lined up perfectly for Ron Capps and the NAPA AUTO PARTS team to enable him to move closer to the top of the NHRA Mello Yello Drag Racing Series Funny Car standings on Sunday at Maple Grove Raceway near Reading, Pa.

But what went wrong was when Ron’s Dodge Charger R/T lost traction in the opening round and he was upset by Don Schumacher Racing teammate Tommy Johnson Jr. 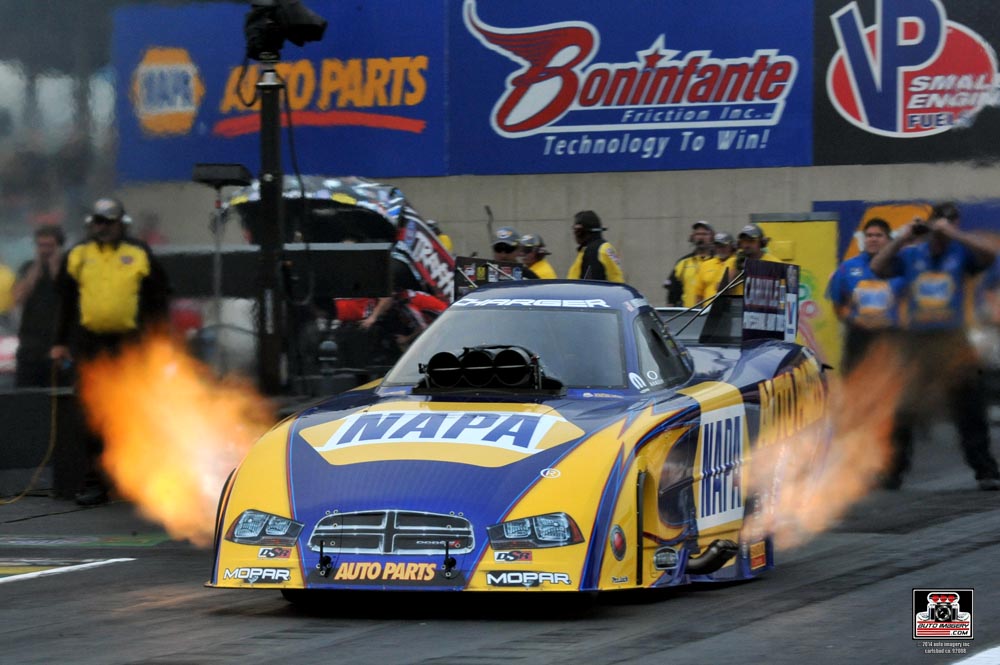 Compounding the frustration for Ron, who started Sunday ranked fifth in points, and crew chief Rahn Tobler was that three of the four cars ahead of them in the Countdown to the Championship playoff standings also lost in the first round including No. 1 John Force and No. 2 Courtney Force.

“After you lose and you’re at the end of the track you don’t want to hear how the people you are chasing in the standings also lost and went out. We knew we had a chance if that happened to make up some ground but those chances were gone once we lost.

“We came to Maple Grove so optimistic that we were going to make up some points. It’s frustrating to watch Tobler be frustrated with the car. We didn’t plan on coming close to overpowering the racetrack but all of a sudden the race car had so much more power. He’s been beating his head trying to figure out why. 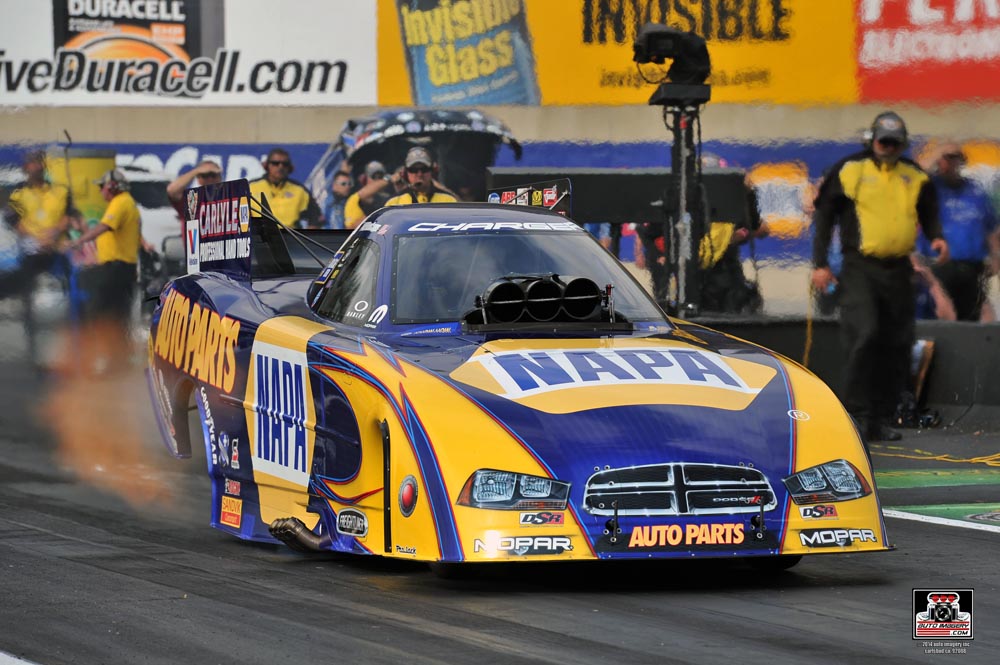 “That’s what makes these Funny Cars so unique. They’re very difficult to drive but more so tuning them is an art and the guys who do it well like Tobler are so impressive. That’s why I have so much confidence that we’ll go to Vegas and have the best race car on the grounds.

A perfect event weekend in an NHRA pro category can produce 150 points, which includes a 20-point bonus for setting an NHRA national elapsed time record.

After a three-week break, Ron and the Mello Yello Drag Racing Series moves to Las Vegas Motor Speedway for the penultimate event of the 24-race Mello Yello series.

“We’ve had some exciting times at Vegas,” said Ron, who is seeking his first world championship after being the runner-up four times. “We’ve come on strong at the end of other seasons to climb right back into the championship race. There’s still light at the end of the tunnel.

“We won’t go to Vegas giving more effort because Tobler and our NAPA boys always give it all the effort they’ve got.”