The longtime partnership with the Intrepid Fallen Heroes Fund has supported the opening of eight Intrepid Spirit Centers, including the one that held its virtual grand opening in August 2020 at the Eglin Air Force Base.

Military service members accept countless job-related sacrifices, including the very real potential for physical injuries not only during combat, but also over the course of training and completing their tours of duty.

These injuries can range from obvious traumas, such as bullet wounds and amputations, to hidden but just as debilitating as concussions and other traumatic brain injuries from explosions and blast waves. In fact, according to the Defense and Veterans Brain Injury Center, between 2000 and late 2019, nearly 414,000 U.S. service members worldwide were diagnosed with TBIs, and more than 185,000 veterans using Veterans Administration facilities have been diagnosed with at least one traumatic brain injury.

“When military service personnel get knocked around by an IED hitting their vehicle or by exposure to high-force blast waves, it doesn’t matter that they’re wearing a helmet – their brain is going to get rattled around in their head,” said David Winters, President, IFHF. “They can look perfectly normal, but the injury can alter how they concentrate, talk, behave, and deal with others, and it can cause severe headaches, even migraines. They may not realize they’re acting differently, but their colleagues and family members will start questioning why they’re forgetting things, yelling at the children, neglecting to turn in reports. It’s tragic – they volunteer to serve our nation, they endure training and conflict, they get injured, and if the injury is not properly and promptly treated, it can affect their ability to work and stay in the armed forces. They can be dishonorably discharged, they may become clinically depressed, their families are more likely to break up, and they may even end up homeless. Our Intrepid Spirit Centers provide treatment to prevent these tragic occurrences from happening.” 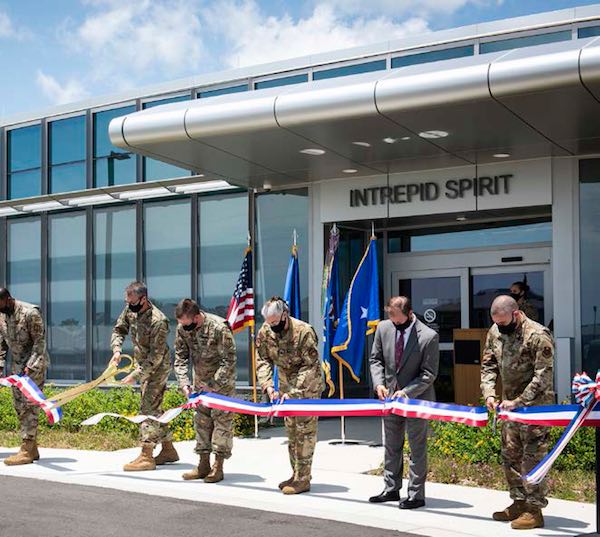 ISCs are designed around an interdisciplinary model of coordinated care, with world-class physicians and other expert caregivers – in as many as 18 diverse areas including neurology, psychology, ophthalmology, speech pathology, and creative therapies – all located at the same facility.

“It’s a pretty ambitious care model of integrated, holistic care to get our servicepeople back to full duty and full function,” Winters said. “Each center tweaks this central model based on the local patient population, which in Eglin includes a substantial number of Special Operations personnel from the Air Force, Army, and Marines.”

Eglin’s Intrepid Spirit Center is the only center with an interventional pain suite, a kiln for art therapy, and a chapel and chaplain to address spiritual healing along with mental, physical, and emotional recovery. It also offers a robust integrative medicine suite, with emerging non-pharmaceutical approaches such as acupuncture to resolve pain and other conditions.

The Center can treat as many as 200 patients at a time on an outpatient level, plus 30 new patients each month in cohorts of six to eight people receiving intensive inpatient treatment every day for six-week rotations. 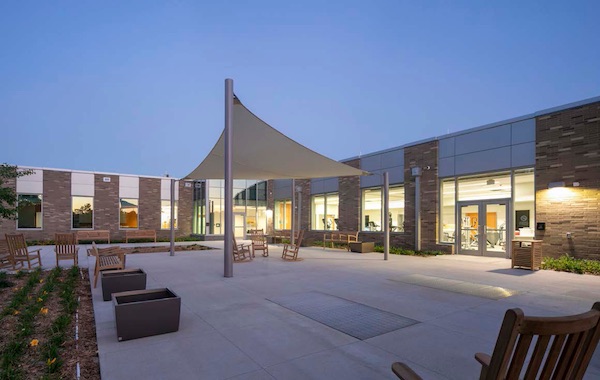 While COVID-19 prevented the Eglin ISC from hosting a traditional grand opening event, it couldn’t dampen the excitement around the facility’s launch.

“Since we couldn’t celebrate in-person, we decided to tell our story virtually and share it with a wider audience through our #EglinHeroesWeek event,” Winters explained. “We did stage a ribbon-cutting ceremony IFHFon August 24, with Brigadier General Scott Cain, 96th Test Wing Commander, and seven Team Eglin leaders cutting the red, white, and blue ribbon. Over the next few days, we also posted videos featuring a tour of the center with its director Dr. Thomas Piazza; moving testimonials from care providers and patients; and remarks from base leaders and Air Force Chief of Staff General Charles Q. Brown, Jr.”

The broader outreach initiative was a success. While a typical in-person ceremony might draw 250 people, the virtual celebration attracted tens of thousands of views. More than 10,000 people on Facebook and more than 16,000 on Twitter have viewed the facility tour alone, and the video interview with Chief Master Sergeant and ISC patient Alex Morgan has reached more than 30,000 Facebook members. 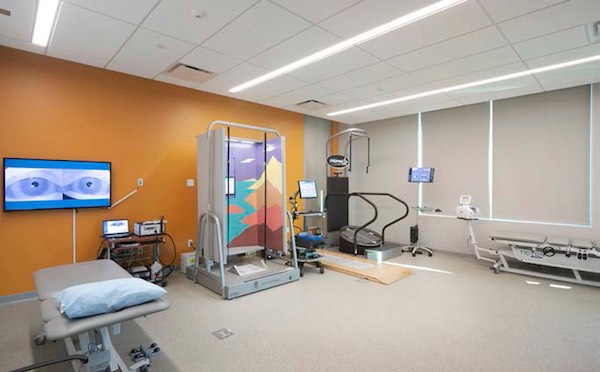 ‘Bringing Hope to Those Who Have Served’

Since 2012, NAPA AUTO PARTS has partnered with IFHF to drive awareness and support for our nation’s service members who suffer from traumatic brain injury and post-traumatic stress. To date, through annual in-store campaigns, the partnership has raised more than $13 million in contributions, including $1.5 million in 2019, and also raised awareness among NAPA AUTO PARTS consumers and employees.

“We deeply appreciate the NAPA AUTO PARTS community for being such wonderful partners,” Winters said. “It costs between $9 million and $12.5 million to build each ISC, so NAPA’s contributions have already fully paid for one center. That’s a substantial testament to NAPA’s support for our men and women who have served. But it’s not just a corporate check. What’s special about the people at NAPA is that they engage their community – not just NAPA leadership, but the store owners, the employees, the vendors, and the consumers all get involved. They don’t have to do anything, but so many take it up and run with it with T-shirts and huge displays. It’s clearly in NAPA’s heart, and we are abundantly grateful to NAPA for stepping up to help us in bringing hope to those who have served.”

NAPA AUTO PARTS has partnered with IFHF since 2012. The annual NAPA AUTO PARTS “Get Back and Give Back” campaign, including in-store discount promotions, “We Believe in Heroes” T-shirt sales, and informational displays, has raised more than $13 million and spread the word about this critical initiative, making NAPA one of the Fund’s single-largest donors.

Most Americans will never serve in the military, but all Americans can serve our military veterans. For more information, visit fallenheroesfund.org and follow IFHF on social media.