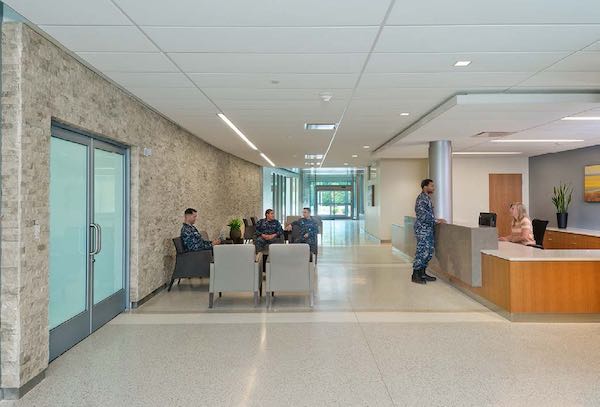 In 2019, NAPA’s military month promotions raised over $1.5 million for the cause. Since 2012, NAPA AUTO PARTS has raised, and donated, over $13 million in funds to build regional Intrepid Spirit Centers that can diagnose and treat Traumatic Brain Injury (TBI) and Post-Traumatic Stress (PTS) in active duty service members.

NAPA AUTO PARTS stores and NAPA AutoCare Centers partnered in multiple promotional programs in 2019 to raise money for the IFHF. This included campaigns selling “We Believe in Heroes” t-shirts and a Hero Hat program in stores, where proceeds from NAPA’s generous customers were contributed to the campaign. In addition, dedicated NAPA suppliers participated in several programs to help raise funds.

“NAPA has a very large military family, including our employees and our customers who have served or are actively serving in the armed forces,” said Jason Rainey, VP of NAPA AutoCare, NAPA AUTO PARTS. “One of our top priorities is ensuring this family has the support it deserves, especially in raising awareness for injuries such as PTS and TBI that are often underfunded, unrecognized, and untreated. In this unique and challenging time with the worldwide pandemic, we are proud to extend the funds that were raised in 2019 without interruption. Furthermore, we’re proud to partner with the IFHF again in 2020 even in these unprecedented times. The 2020 “We Believe in ALL Heroes” campaign focuses on our military as well as those who have served on the front lines of the COVID-19 pandemic.”

“We want to thank NAPA AUTO PARTS for their years of supporting the Intrepid Fallen Heroes Fund and ensuring that injured while defending our nation will have access to the best care available,” said Arnold Fisher, honorary chairman of the IFHF. “With partnerships like this as well as public donations, we are able to help our armed services members who suffer from TBI, PTS, and other psychological health conditions recover from their injuries and return to their lives.”

About Get Back Give Back Campaign

The “Get Back and Give Back” Campaign makes NAPA one of the single largest donors to the Fund. The proceeds go towards the IFHF’s mission of building ten Intrepid Spirit centers around the country that diagnose and treat Traumatic Brain Injury (TBI) and Post-Traumatic Stress (PTS) in U.S. service members.

The Intrepid Fallen Heroes Fund (IFHF) is a leader in supporting the men and women of the United States armed forces and their families. Established in 2000, IFHF has provided over $200 million in support for the families of military personnel lost in service to our nation, and for severely wounded service members and their families. Today IFHF is leading efforts to help service members suffering the terrible effects of traumatic brain injury (TBI) by building a series of ten specially-designed treatment facilities, called Intrepid Spirit Centers, at military bases around the nation. Within these centers, service members receive the most advanced and proven care to address the complex symptoms of TBI, with the goal of returning these men and women to their duties in the armed forces. Seven Intrepid Spirit Centers are already open and serving America’s brave service members, and the care provided has allowed more than 90% of patients to continue their service in the armed forces. Construction on the eighth Center began in May 2019. For more information about this effort, visit www.fallenheroesfund.org.