NAPA celebrated its 65th anniversary in Hawaii this fall, not with balloons and confetti, but with a goal of raising 65,000 meals for Hawaii’s families in need. NAPA Hawaii kicked off the food drive with a $10,000 contribution.

“NAPA has been a long-time supporting partner with Hawaii’s various food banks which gave us a great opportunity to celebrate our anniversary this year by providing meals to the thousands of families who are struggling during the pandemic,” said NAPA Hawaii’s General Manager Darryl Turner.

From October 1-November 15, people across Hawaii were encouraged to drop off non- perishable food items, counted at $1 per pound, and monetary donations at any of Hawaii’s 40 NAPA AUTO PARTS stores. Turner added, “Those contributions benefit the four food bank locations throughout Hawaii: the Food Basket, Maui Food Bank, Hawaii Foodbank, and Hawaii Foodbank-Kauai. As of early December, we have raised over $38,000 in monetary donations, in addition to hundreds of pounds of non-perishable food. That’s enough to provide for well over 95,000 meals, far exceeding our original goal.”

For Pacific Service and Development (PS&D), with four NAPA stores on the island of Kauai, 2020 marks their 50th year in business. PS&D Owner Todd Burns chose to celebrate this milestone anniversary by committing to 50,000 meals for families in need on Kauai. In a radio interview, he said, “We planned all along to make this a special year and we decided the best way is to say thanks and give back to our community.” 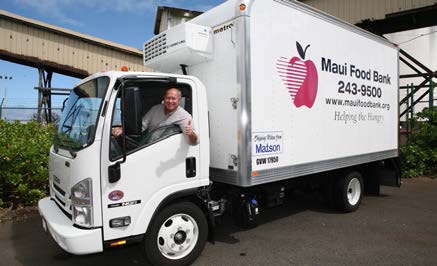 In September, NAPA Hawaii went to work spreading the word about their 65th anniversary food donation celebration. When readers of the StarAdvertiser voted NAPA AUTO PARTS the Best Auto Parts Store in Hawaii for the 6th consecutive year, it provided opportunities for NAPA Hawaii to take to the radio airwaves and promote the food drive. In 10 on-air interviews, Turner, Jannell Anderson, NAPA Hawaii’s Human Resources Manager, and other key managers, explained how Hawaii’s residents could help.

There have also been regular posts on the NAPA Hawaii Facebook page, and even Ron Capps, driver of the NAPA AUTO PARTS Dodge Funny Car, posted a video encouraging donations.

The people of Hawaii and the various food bank organizations are grateful for NAPA Hawaii’s help. Here’s what some food bank staff members are saying:

The Need is Great 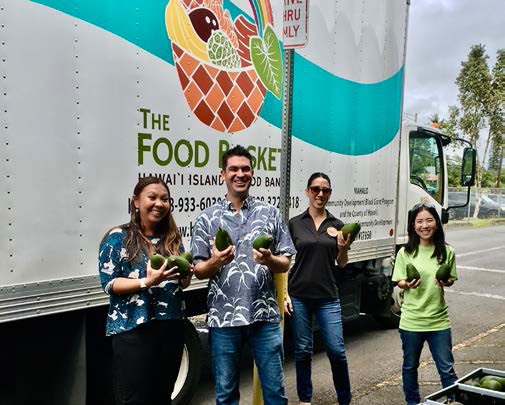 Hawaii has been hit hard by the pandemic, with recent figures indicating an unemployment rate of over 20%, the highest in the country. Since the onset of the crisis, food insecurity in Hawaii has grown by more than 50%, representing the fifth highest percentage increase in the United States. Now, nearly a quarter of a million Hawaii residents are currently struggling with hunger. NAPA Hawaii is working to help.