After qualifying second in a special NAPA Nightvision Lamps livery, Ron Capps raced to victory at the NHRA Carolina Nationals on Sunday afternoon. The triumph was the third of the season for Capps and earned him a milestone 60th Funny Car Wally trophy. The NAPA team’s strong performance enabled Capps to pick up 121 crucial Countdown points and advance to third in the NHRA Countdown to the Championship playoff standings, injecting new life into his bid for a second career Funny Car world championship. 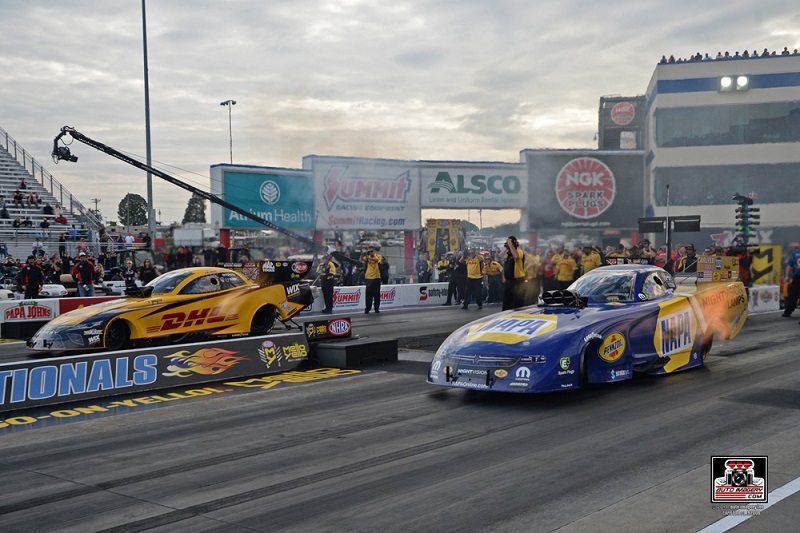 The milestone victory and 61st overall triumph which includes one Top Fuel win, came after two disappointing consecutive first-round losses, but Capps and his Rahn Tobler-led team were determined not to let their early Countdown stumbles deter their hopes for the 2018 title. 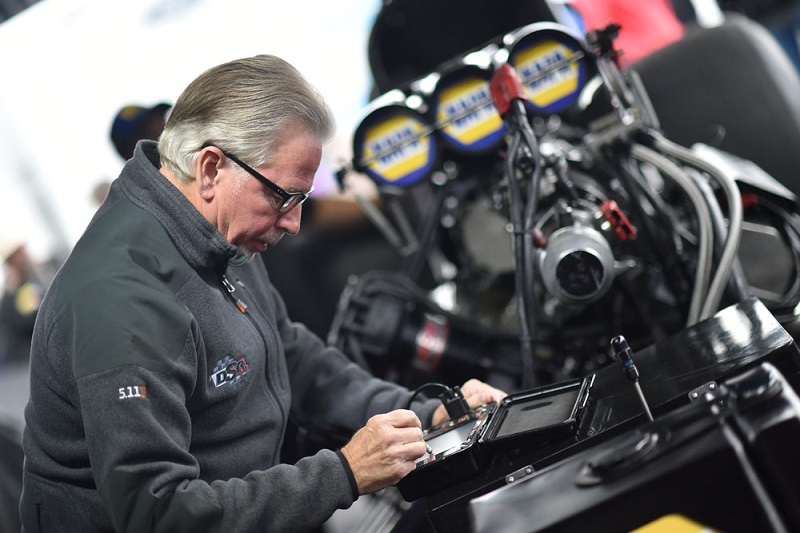 “In St. Louis we lost on a holeshot first round, and I’m sick to my stomach when that happens,” said Capps. “I go home, I don’t sleep, I’m up in the middle of the night watching frame-by-frame of when my blades open compared to the person I lost to on a holeshot, and it’s not fun. I live it; I breathe it. I just could not wait to get to the next race after St. Louis. We really had a great car there, and we really had the opportunity to make a lot of points up, and we didn’t, and I wore that. I probably aged a year that week. Then we got to Dallas, had a great car, and just got outran by John Force first round. 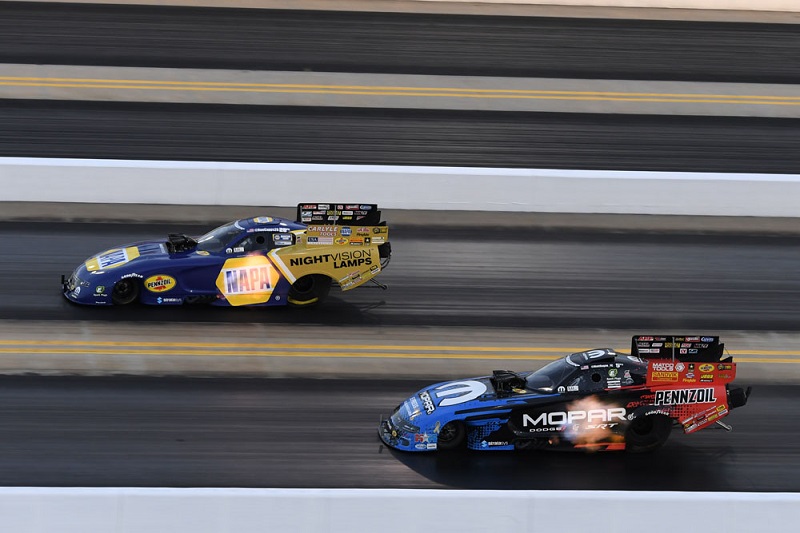 “Tobler and I left Dallas, shook hands, gave each other a little hug like we always do when we leave the track, and he said ‘let’s just go win the last three. If we win, they can’t,’ and I’m just so glad we came here and did what we talked about doing.” 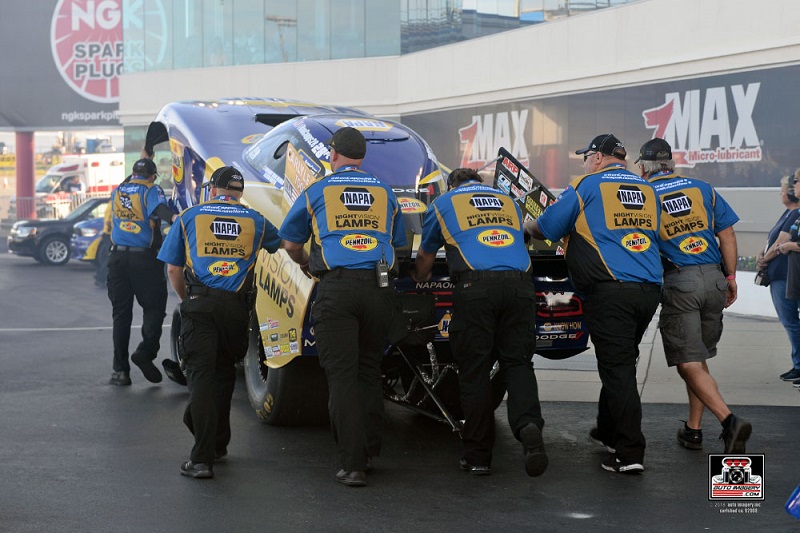 With 321 points up for grabs in the final two events, Capps enters the next stop on the NHRA tour sitting 109 points out of first. The remaining events on the NHRA schedule are contested in Las Vegas and Pomona, California, two historically cooler-weather events, and Capps has more confidence than ever in Tobler’s cool weather tuning capabilities. 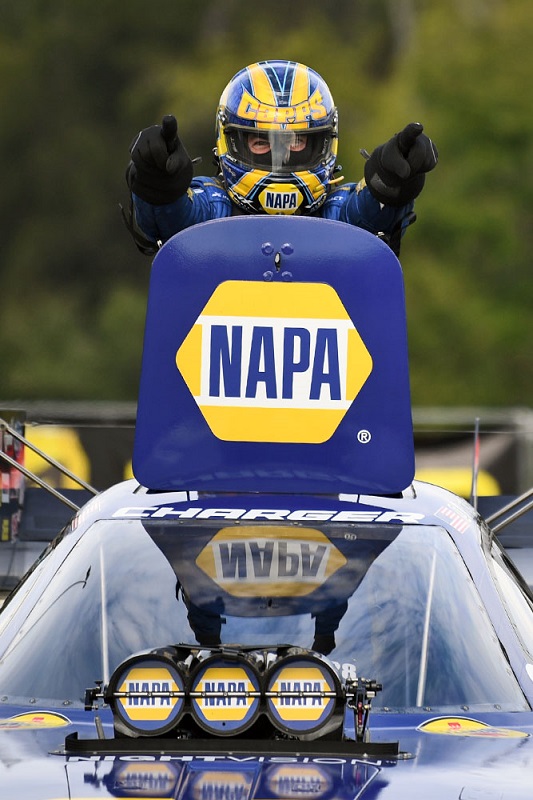 “To make over 330-mph runs two times in the middle of the day today is big for Rahn Tobler. We always talk about race day and hot, adverse conditions, and that’s where he shines, but to throw down those speeds and E.T.s in the cooler weather today when we needed it was huge.” 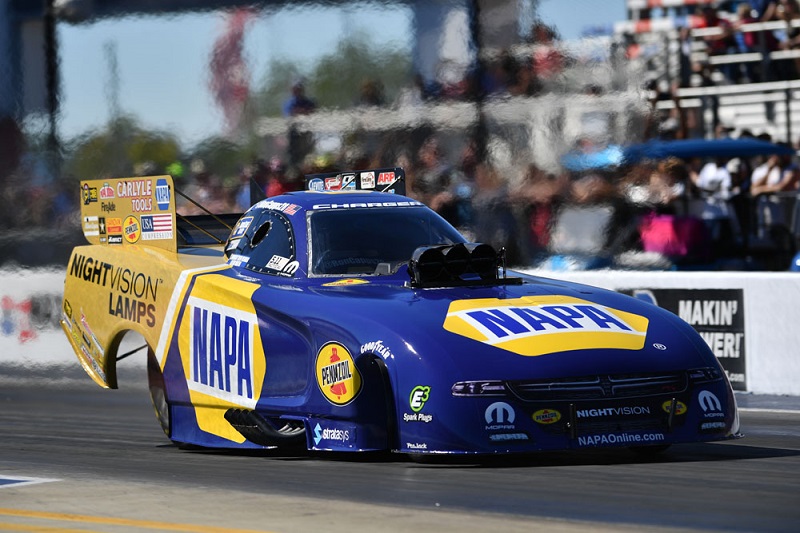 Capps’ Carolina Nationals victory, his third of the season, was won in a one-off NAPA Nightvision Lamps livery, and his previous event win in Seattle was also achieved in a special look – the Pennzoil Synthetics/NAPA AUTO PARTS paint scheme. At the upcoming Las Vegas event, Capps will be back behind the wheel of the Pennzoil/NAPA Dodge, and he feels the special livery will provide his team with a little extra luck going into the race weekend.

“We always do well when we bring these special paint schemes out. In Seattle, we had the Pennzoil car and we won it, and we’ll have that again at the next race in Vegas. 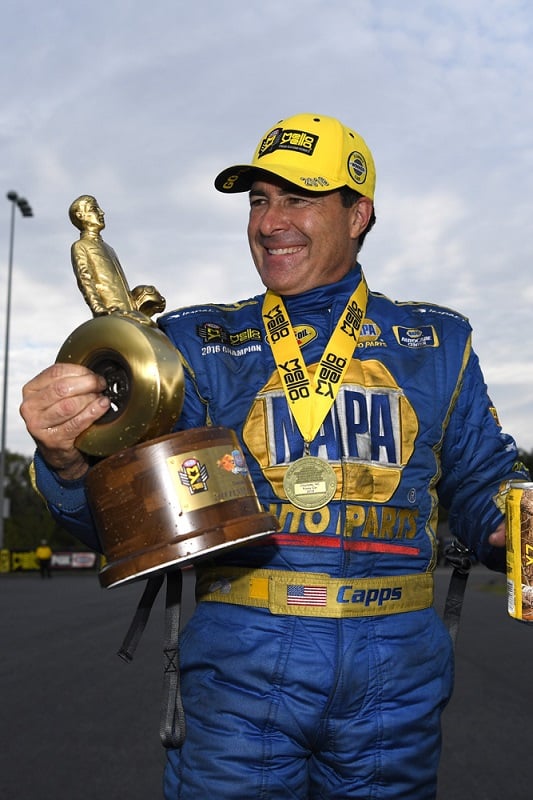 “We have a lot of business left to do. It’s not over. Points-and-a-half in Pomona. Anything can happen, and we’re going to go down fighting. I can’t wait to celebrate with my race team, get to the next race and finish the year strong.”

Next Race: October 26 – 28, Las Vegas, Nevada, NHRA Toyota Nationals at The Strip at Las Vegas Motor Speedway
How to Watch or Listen: FS1; NHRA All Access