The NAPA team badly wanted its second NHRA Mello Yello Drag Racing Series title of the year, and Capps knew he would have to get past the weekend’s hottest Funny Car, pole-winner John Force.

“We knew from qualifying how good Force and (Robert) Hight’s team had been,” Ron said. “I’m really proud of Tobler and Eric because we went up for that round really getting after it. Tobler was really adamant that he knew (Force crew chief Jimmy) Prock was going to step it up like they did in qualifying. We got through the rounds we did today by having a savvy crew chief that makes the right decisions.” 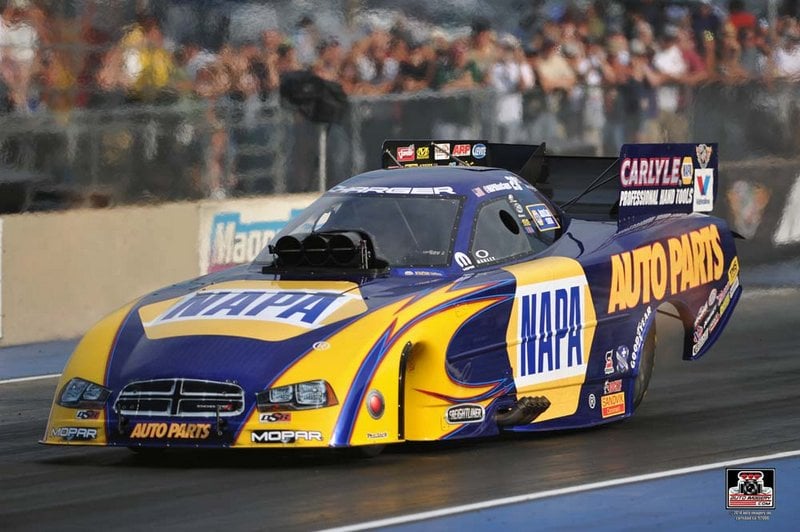 “The clouds were coming in for the semifinals and the track was going to get fast again and they were capable of going 4.10 or so. We gave it a race,” said Ron, who was able to leave the mountain ranked third in points. “You come back and you try to look at the bright side and we went down the track. We didn’t smoke the tires or beat ourselves and we made a race out of it.”

“On Saturday, the driver just didn’t do his job. We lost two runs because I couldn’t keep it in the groove. Maybe (Tobler) would’ve learned a little more and might’ve put us a step closer.

“Everyone is so tough now that you’re going to end up meeting them whether it’s first or second round or the semis. I was able to drive a lot better today but I really didn’t sleep well last night. I needed to get better today than what I was on Saturday.”

(Unofficial after 14 of 24 events; DSR drivers in CAPS)
FUNNY CAR