On Tuesday, July 10, Chase Elliott, along with his father, Bill, and uncle, Ernie, unveiled the throwback No. 9 NAPA AUTO PARTS Chevrolet Camaro ZL1 that he will pilot at Darlington Raceway in the Southern 500.

This year’s Southern 500 will carry added significance for the Elliott family. The ride is modeled after a paint scheme that Chase’s late cousin Casey drove back in 1993. 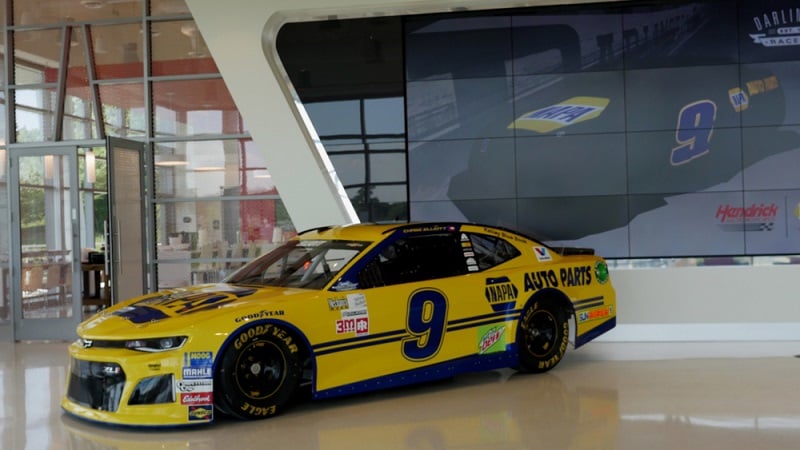 “The Elliott family, our racing history wasn’t just about dad and uncle Ernie and my grandfather and uncle Dan and myself now,” Chase said. “That’s not the case. I think it’s fair to share that. People nowadays that don’t know about Casey, this was a great opportunity to do that.” 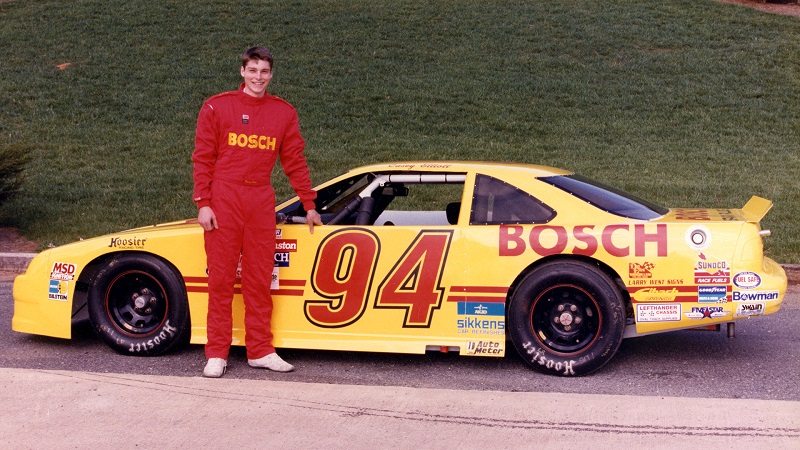 As Casey’s racing career was in its early stages, a cancerous growth on his upper right thigh was discovered, and the cancer had spread. At age 21, Casey’s 24-month fight came to an end on Jan. 14, 1996, 47 days after his cousin Chase was born.

Ernie – Casey’s father – was there to take in the reveal firsthand. 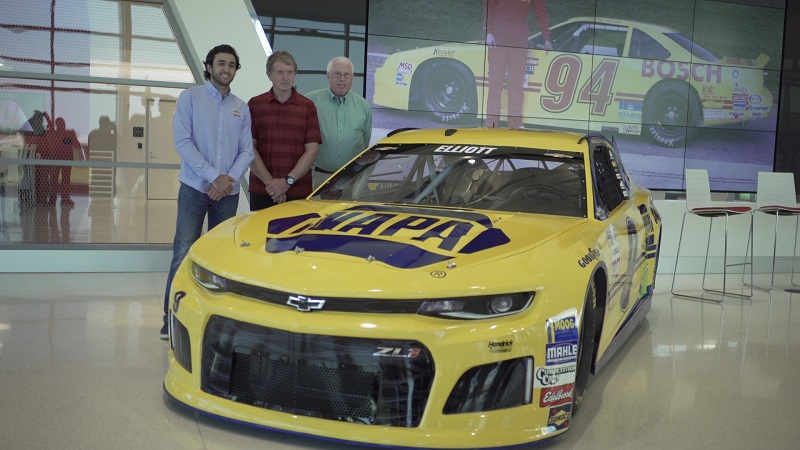 “I appreciate Chase thinking about it and putting this into perspective, never knowing Casey and not knowing how he was, still honoring him is a great deal for the family,” said Ernie, who shared that seeing the paint scheme gave him chills. “This is really cool. Really a great tribute.”

The idea first came to Chase at the end of the 2016 season, and he brought it to NAPA AUTO PARTS at a production day in early 2017. While NAPA already had last season’s throwback car in the works, the company was supportive of the idea and slated it to run in 2018. 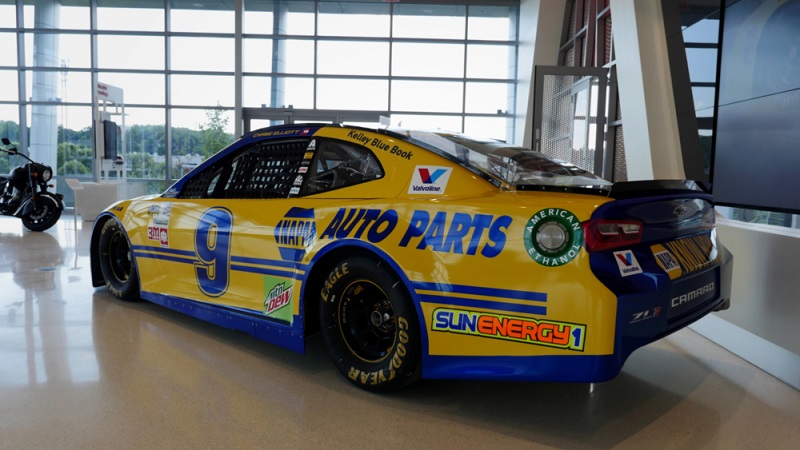 “So, I’ve been excited about it for a long time,” he said. “Especially with the number change, I’m glad it didn’t happen last year and happened this year because I think that makes it cooler. The car turned out great. I appreciate NAPA doing it and being supportive.”

After seeing the scheme up close, Bill couldn’t help but be taken back to memories of Casey. 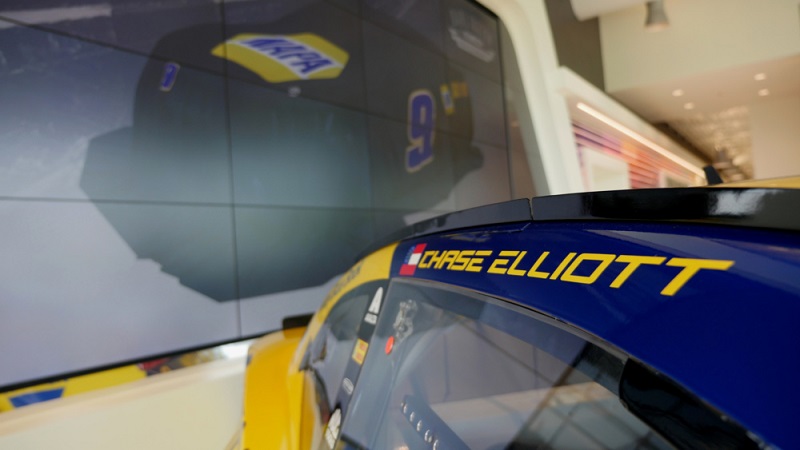 “It seems like it was so long ago, but then again it seems like it was yesterday,” the NASCAR Hall of Famer said. “Even through his tough times as he went on with stuff that he fought, as time went on, he still had a great attitude about life. He was just the kind of kid that everybody wanted to look up to. When he got pretty sick, you go in there and you think you’re going to cheer him up, and he’d cheer you up.”

Those types of accounts from his family members have stuck with Chase over time, and the driver said that’s what inspired him to run the tribute. 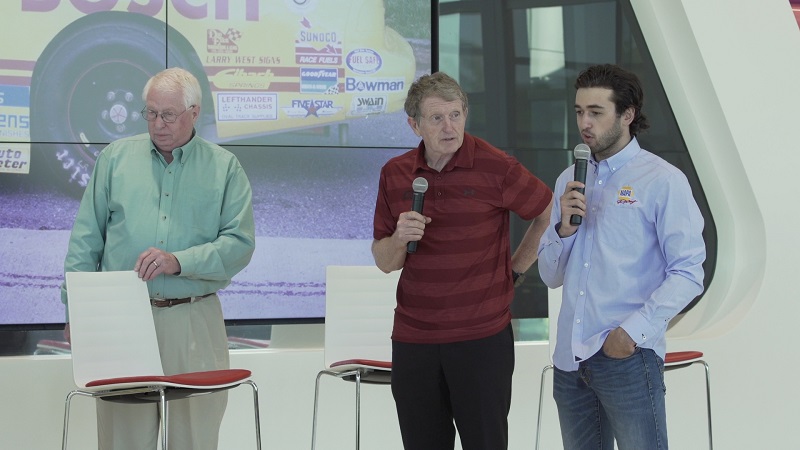 “What people leave behind often tells the true story as to what kind of person they were, too, and how much everyone missed him and talked about him years and years after he hasn’t been around says a lot,” Chase said.

Seeing the paint scheme on the No. 9 NAPA AUTO PARTS Chevy Tuesday evening was meaningful enough, but Chase and his family said they can’t wait to see it on the track.

“Well, I hope he wins one before that!” Bill chimed in. 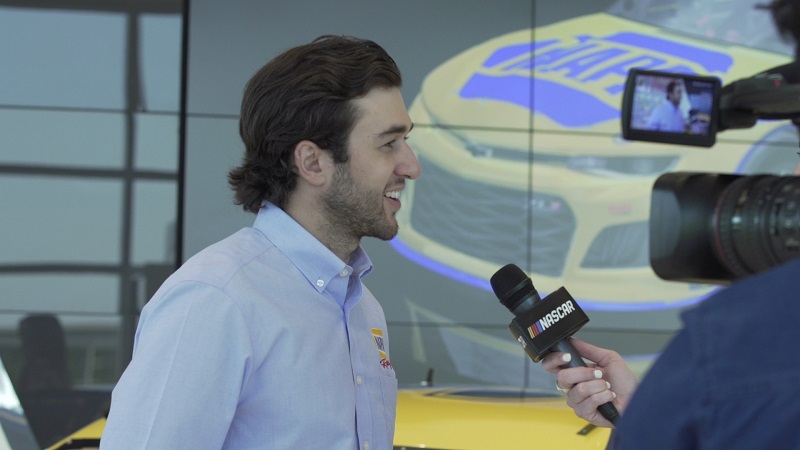 “For sure,” Chase smiled, “but that would be a special one to do it.”

“That would be by far the coolest thing in my career, not even close. Probably not even because of it being a Cup win, but just to have this paint scheme and what it means to my family is beyond all that. It would be a great honor to have. Hopefully we have a shot, but just to be able to go there with this scheme is pretty neat.”