Fresh off a victory in the American Solar Challenge, the University of Michigan Solar Car recently gained a competitive advantage by signing NAPA AUTO PARTS as a team sponsor.

The University of Michigan Solar Car Team has an impressive record. Since building its first of twelve cars in 1990, the team has earned eight American Solar Challenge victories and five third-place finishes in the World Solar Challenge. As the team gears up to design and build a new solar-powered car for the World Solar Challenge in October of 2015, NAPA AUTO PARTS has stepped up to help. NAPA’s sponsorship of the team will not only benefit the vehicle used in competition but also the support vehicles that keep the team running.

To learn more about the team, the car and solar-powered racing, we spoke to Connor O’Brien, a UM chemical engineering student and race manager for UM’s Solar Car Team. 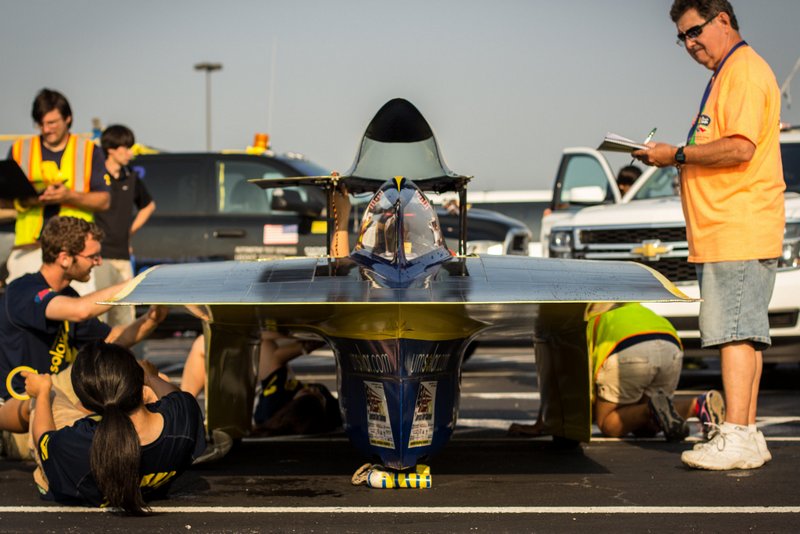 Nick Palermo for NAPA AUTO PARTS: The Solar Car is built for competition. Tell us about the American and international races. How long are they, and what kinds of terrain do you cover?

Connor O’Brien: We just finished the American race in July. It’s been a really intense summer. These are endurance races and speed races. If you don’t go fast enough, you’re not going to win. But if your car’s not reliable enough, you’ll break down on one of those long, consecutive days of racing. The World race is 1,700 kilometers over six or seven days. The American race, this year for example, started in Austin, Texas and finished in St. Paul-Minneapolis, Minnesota. It was about 1,750 miles over 8 days, all on public roads.

For the World race, we’re in the middle of the Australian outback. We have a semi trailer that carries our food, supplies and tents for our team members. It’s rugged terrain; there are kangaroos. In America, there’s more corn, country roads and small towns.

NAPA: Your team has been very successful, with eight wins in the American Solar Challenge. What have been some of the keys to your success?

O’Brien: This year’s win was our fifth consecutive in the American race. That speaks to the level of competition our team brings. Our goal this year was to prepare the team for the World race. We had mostly freshman, a few sophomores, and I’m a junior now. We had a whole summer of racing, working, testing and driving the solar car. We had a young, inexperienced team, and we were still able to win. We’ll now have more a veteran team heading into the World race. Our team culture is one of hard work. We’re very competitive, and we definitely go the extra mile. I think that’s why our team does so well. 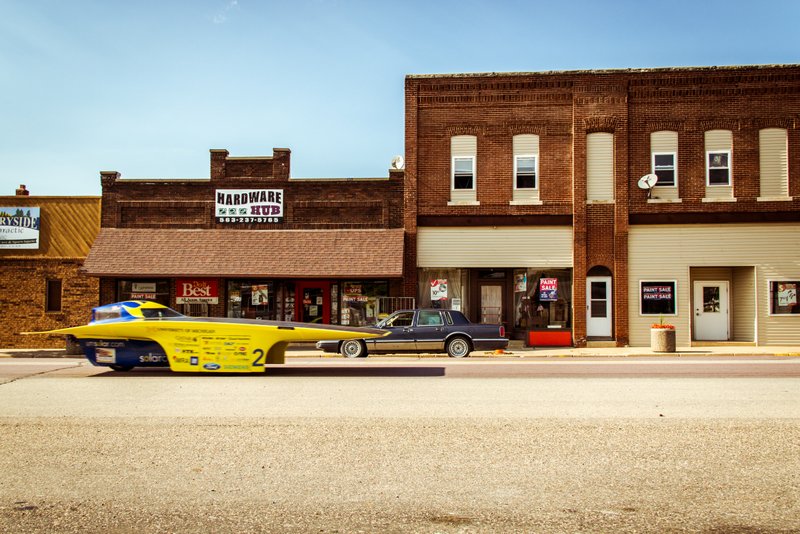 NAPA: How many students are on the team?

O’Brien: During the semester, we have around 100 students that actively participate in the project. For the summer, we select a race crew. That’s a much more serious time commitment. It’s about 20 students. We put in more work hours than any typical internship. We get free travel for the race, but there’s no other compensation. We don’t get paid. So, you end up with a very passionate group, one that’s passionate about this great engineering project and also the sustainability implications of racing a solar-powered car that goes 65 mph on the highway.

O’Brien: We’ve gotten the car to safely go over 70 mph on a closed oval. But in racing, we follow the speed limits, and we’re limited to 65 mph for safety.

NAPA: Does the car run exclusively on solar power? How does it store energy?

O’Brien: We use a lithium-ion battery. We get to start the race on the first day with the battery charged to 100%. After that, it’s all solar. That gets into the strategy side of the team. We have a whole division whose job it is to figure out how fast we should drive over the course of the eight days. We want to maximize speed and minimize race time. Our strategy is to start with a full battery pack and end with a completely empty battery pack. That’s where our weather predictions come into play. If we see we’re about to head into a big storm, we slow down because otherwise we’re not going to be able to get out of it. If it’s just a small set of clouds, we can speed up, spend some energy to get out quickly and get more sunlight. 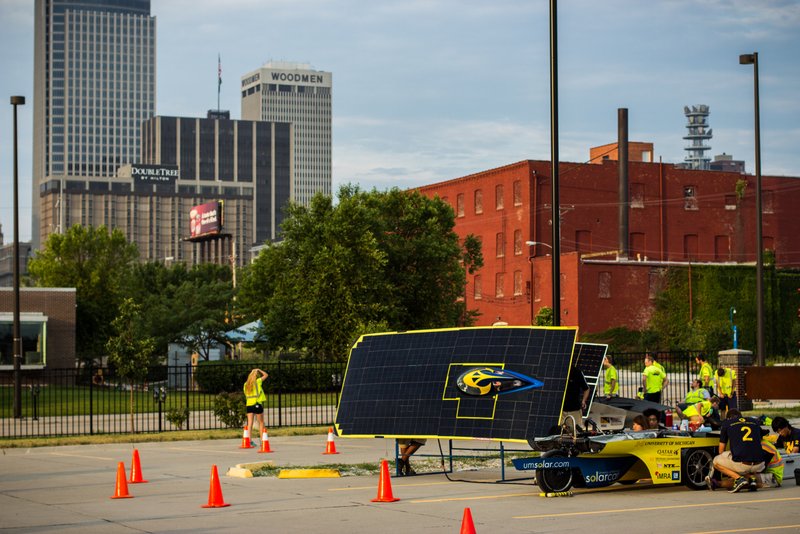 NAPA: The car appears very streamlined and lightweight. How much does it weigh?

O’Brien: Our car, without the driver, weighs 320 lbs. It’s 16 feet long, the size of a normal car. To get it there, we use an all-composite structure, all carbon fiber. There’s some aluminum in the suspension, and the roll cage that protects the driver’s head is titanium. But almost everything else is composite.

NAPA: How much does aerodynamics play into building a winning car?

O’Brien: It’s huge, probably the most important part. For example, we could have a breakthrough battery design and figure out how to manufacture our own cell that’s better than anyone else’s. It could gain us maybe half an hour of race time. An aerodynamic change could gain us two or three hours of race time. We spend a lot of time making our aero body, then trying to fit everything inside of it. The body is designed with certain constraints, but that’s where we have to get creative.

NAPA: What’s it like to be inside the solar car? How does it drive?

O’Brien: You have to be pretty small, so I’ve never been able to get in there. But it’s very uncomfortable. There are no creature comforts because those just consume energy. So when we’re in Texas during the summer or in the outback, it gets very, very hot. There’s just one air duct for the driver.

NAPA: Do you change drivers during the race day?

O’Brien: In the American race, we’re required to change drivers every six hours. 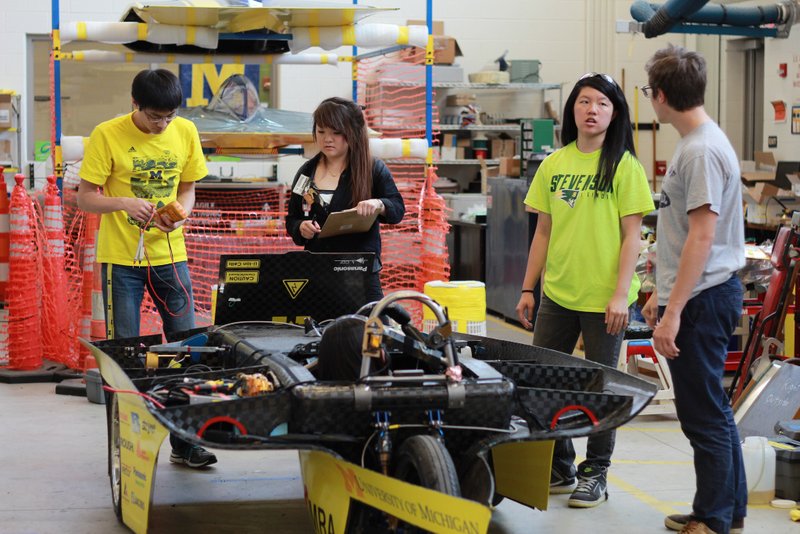 NAPA: How will NAPA’s sponsorship help the team to be more competitive?

O’Brien: There’s a variety of different ways that NAPA will help us all across parts of the team. Where I work, on the operations side, we have a fleet of about six vehicles that carries the team during the race. There’s a lot of oil, washer fluid and other maintenance items that the team otherwise has to buy. NAPA’s sponsorship will allow us to take care of our vehicles better and spend more of our other fundraised money on our Solar Car.

But also, our mechanical engineers spend a lot of time preparing the Solar Car. Before we drive, we perform checks to ensure that every single nut, bolt, and electrical component on the car is secure. NAPA will help our team members with the right tools – hand tools, air compressors, brake bleeding kits – to maintain a safe car.

NAPA: Tell us something surprising about the Solar Car?

O’Brien: A lot of people see the car and expect that it goes maybe 15 mph. I think what surprises them is that we’re theoretically able to get the car over 100 mph, even though it has only a 12-horsepower motor. It accelerates very slowly, but it can actually go very fast. 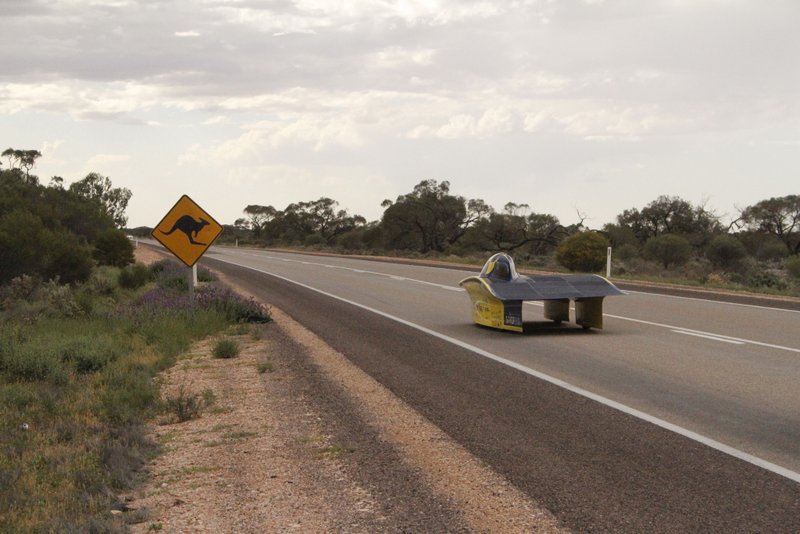 Beginning this fall, the UM Solar Car Team will begin designing an all-new car. Construction of the new vehicle will begin this winter, and the team will travel to Australia to compete in the World Solar Challenge in October of 2015. Learn more about the team on their website, or track their progress on Facebook, Twitter or Flickr. 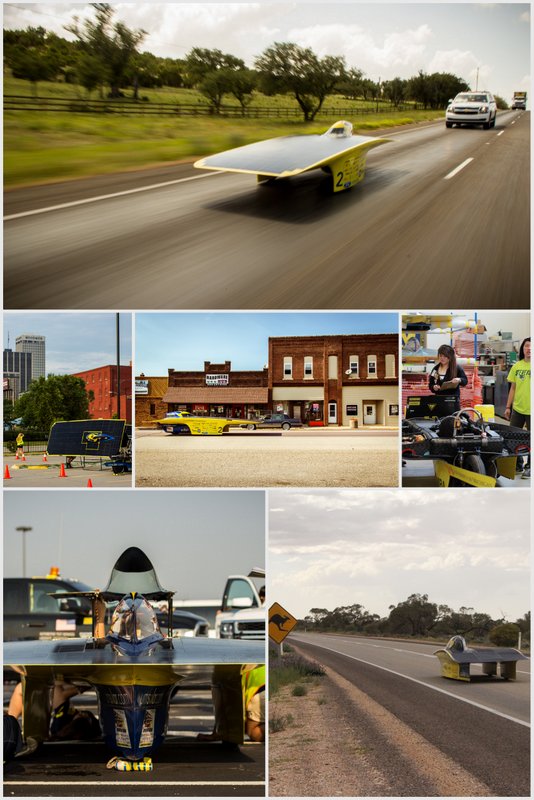