Capps defeated Don Schumacher Racing teammate Tommy Johnson Jr. and the Make-A-Wish Dodge by inches in the final round to earn his team its second title of the year through nine races in the Mello Yello Drag Racing Series. 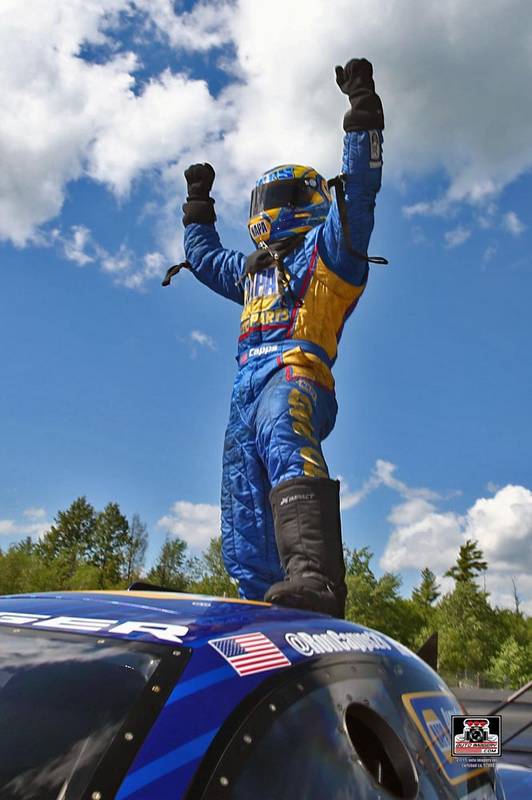 His team also became the first in Funny Car history to reach into the 3-second range on each of its eight runs over the weekend, and that included his No. 1 qualifying time of 3.865 seconds on Friday that is the second quickest in the sport’s history.

“Nearly perfect, that’s the key,” Capps said of gaining 10 of a possible 12 bonus points in qualifying. The NAPA Dodge was quickest twice and second best twice. 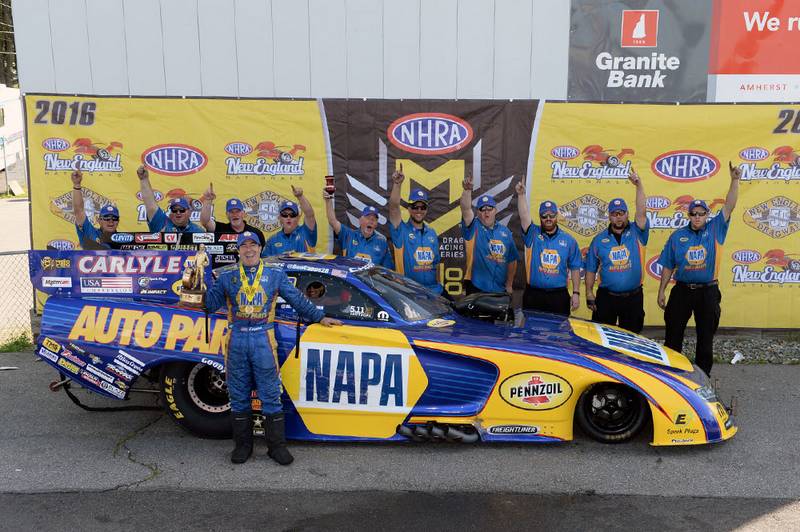 “We gathered up a lot of qualifying points and that’s something we haven’t done in a while. We’ve been working on that over the last couple years.

“It’s a tough thing to do for a crew chief, but Tobler let it all hang out and we were able to gather up a lot of qualifying points. Had we been able to get them all then it would have been a perfect weekend.” 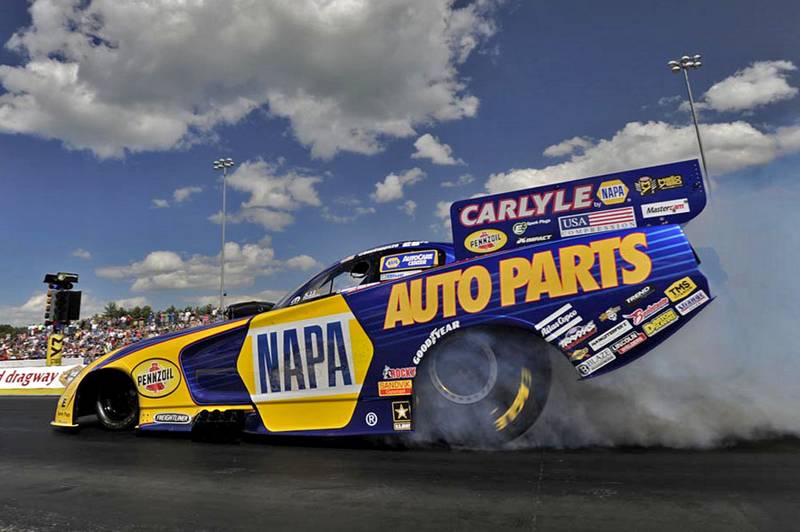 It is the third straight event in which DSR filled both spots in the final round of Funny Car.

“To win here twice is cool,” said Capps, who also won the inaugural event in 2014.

The win moved Capps up one spot in the Mello Yello standings to third, 22 behind leader Courtney Force and five behind teammate Jack Beckman in second.

“All the fans who showed up at New England Dragway by cutting work or cutting school today saw some great racing. There were so many side-by-side nail biters like our last run with Tommy.

“It was a fun day. We got to knock out some big names in our sport.” 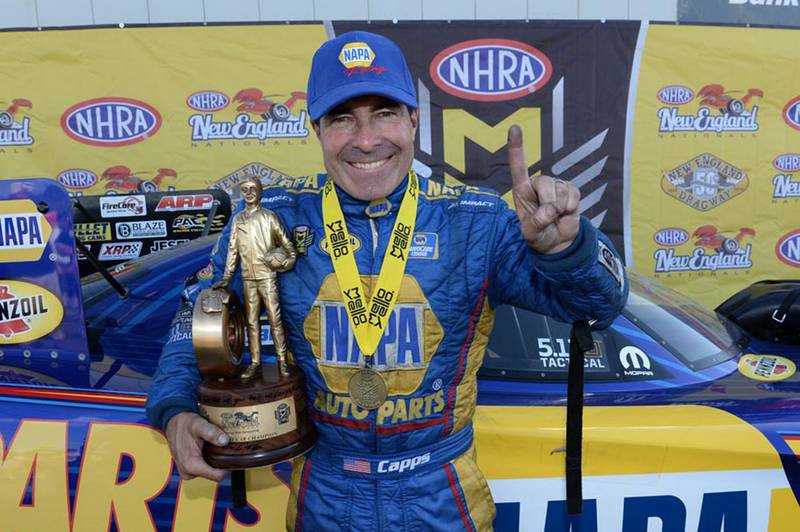 Capps, who has 46 Funny Car titles and is the second winningest driver in the category, defeated Courtney Force in the second round then her father, John Force, in the semifinals.

“Capps is a tough competitor, but he is also a friend,” said Force, the winningest driver with 143 titles. “He is a good straight up hard-nosed racer. I really respect him. I go after him with all I’ve got. He is that good, and I have to keep working to keep up with him. He makes me better.”

The one-day postponement put a crimp in an already hectic schedule for Capps, DSR and other Mello Yello teams. The New England Nationals is the first of four races in four weekends with the next stop scheduled at Englishtown, N.J., for the Summernationals. 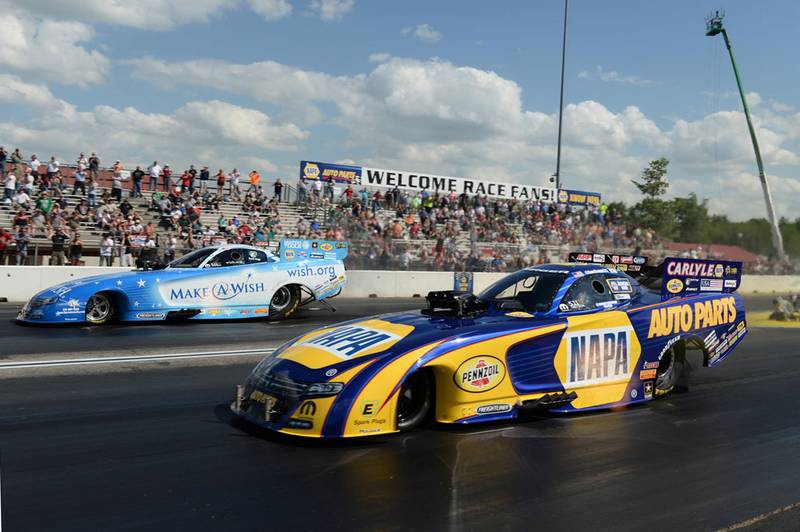 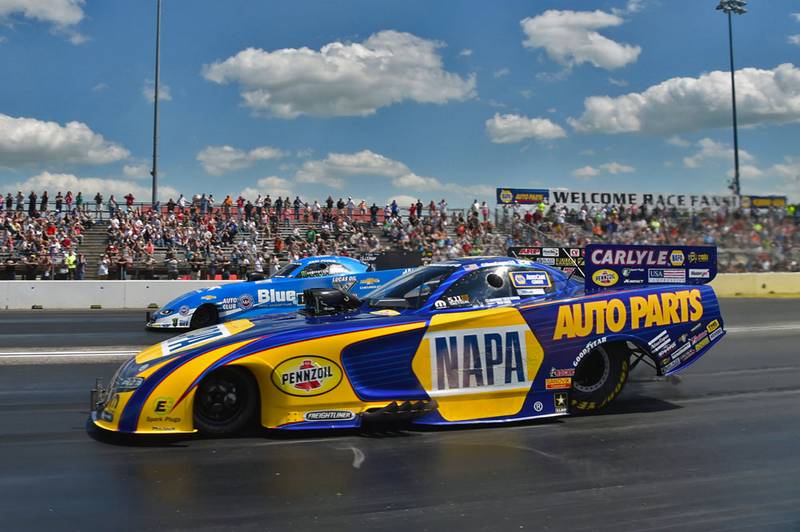