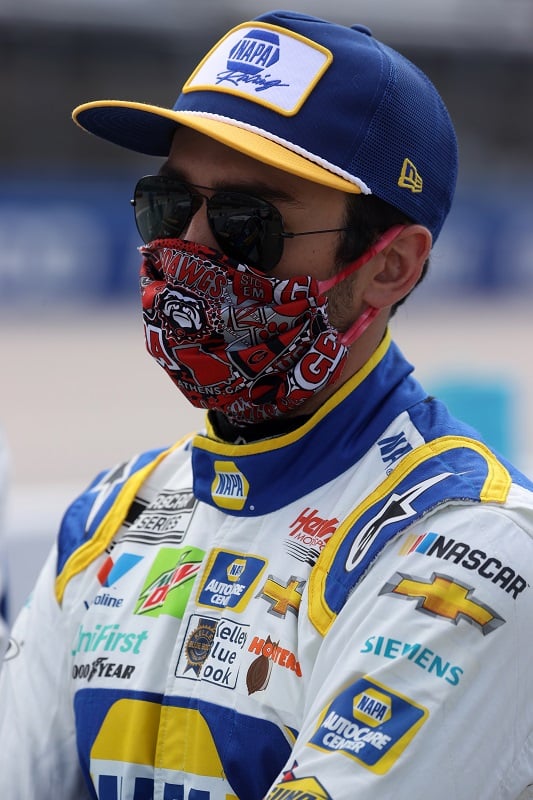 As NASCAR returned after a two-month hiatus, Elliott rolled off the grid in the 11th position and was inside the top ten by Lap 10. The driver of the No. 9 reported that his Chevrolet Camaro was handling too tight for much of the first stage. When the competition caution came out on Lap 30, Elliott was up to seventh. The NAPA team elected to make two pit stops during the caution. The first stop was for more extensive adjustments – adding a spring rubber in the right rear, tape on nose and a left-rear chassis adjustment. The second stop was for four fresh tires and fuel. 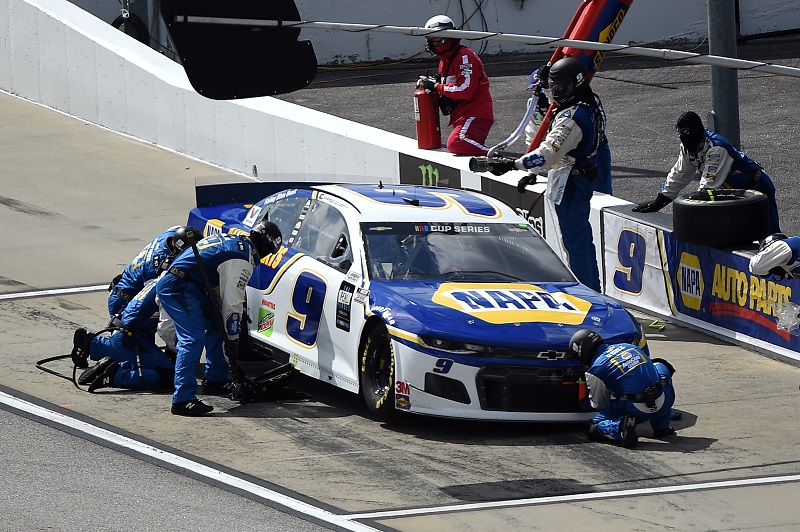 Elliott restarted seventh and ran there for much of the remainder of the 90-lap stage until he began to report that the tight-handling conditions were getting worse. He dropped a few positions late and finished the segment in tenth.

During the No. 9 team’s pit stop between stages, Elliott was penalized for speeding on pit road and was forced to restart from the back of the field in 28th. By Lap 108, he moved up to 24th. The 24-year-old driver began reporting that the handling of his NAPA Chevy was improving, and just 20 laps later, he was knocking on the door of the top 20. When another caution flag waved on Lap 124, crew chief Alan Gustafson elected to bring Elliott to pit road for four tires, fuel and additional chassis adjustments. 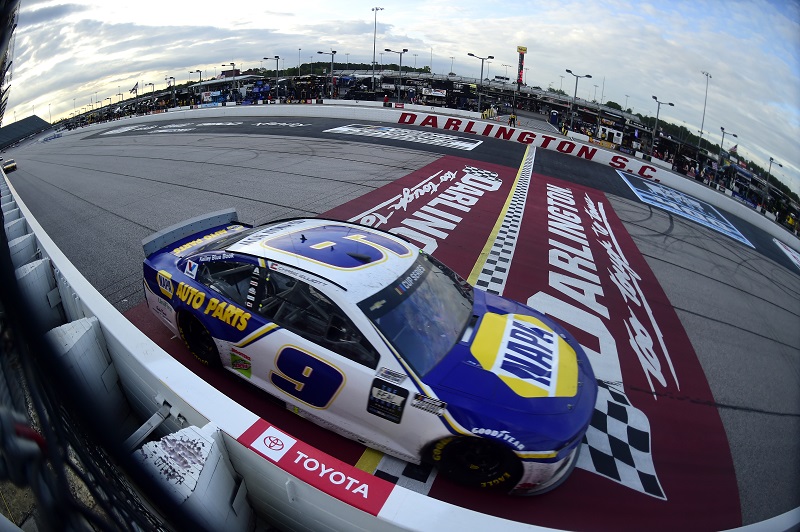 The handling of the No. 9 NAPA AUTO PARTS Chevrolet Camaro ZL1 1LE continued to improve through multiple pit stops. In the closing laps of Stage 2, Elliott was up to 10th before slipping a spot before the conclusion of the segment.

When the final stage kicked off, Elliott was running 10th and began reporting loose-handling conditions for the first time during the race. During a pit stop under caution on Lap 215, the NAPA team rose to the occasion and gained Elliott three spots. He lined up sixth for the ensuing restart and was up to fourth by Lap 220. Elliott eventually moved into third on Lap 240.

Just ten short laps later, Elliott dropped one spot to fourth where he would ultimately finish the day. 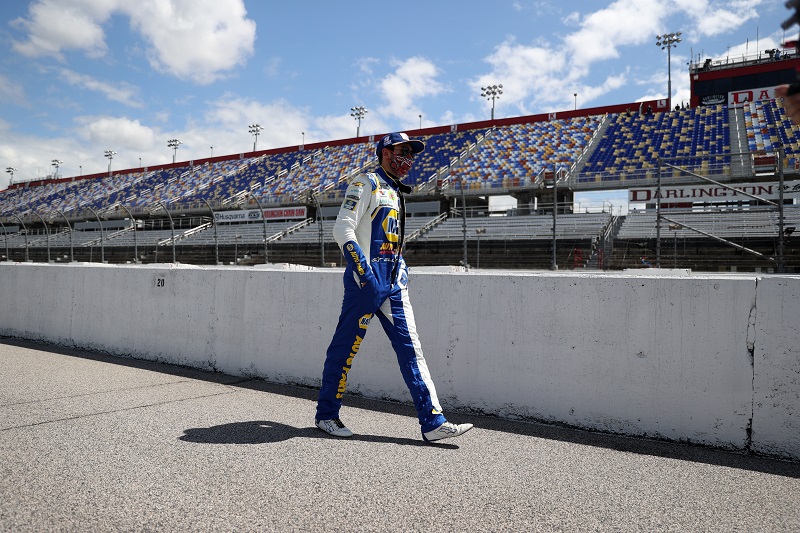 The fourth-place finish is a career-best finish at Darlington Raceway for Elliott. He is also fourth in the driver point standings as the NASCAR Cup Series prepares to return to Darlington for a Wednesday night showdown.