For over a century, we have been behind the wheel, making choices while we drive, and reacting to moment-by-moment situations and dangers. Autonomous vehicle technology could remove us from the driver’s seat — and for good reason. Unsurprisingly, driverless car regulations are somewhat behind the technology itself, but this hasn’t stopped automakers and technology companies from pushing forward with development.

Are Driverless Cars Legal Yet? 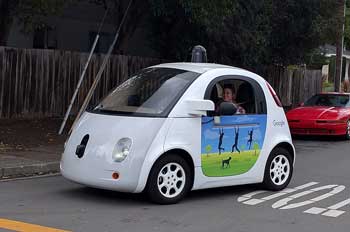 With varying degrees of success, we’ve already seen autonomous vehicles on the road, even though current legislation doesn’t specifically allow for it. Indeed, if autonomous vehicles meet federal motor vehicle safety standards, such as for lighting and steering, they can be approved for sale. Still, future driverless cars might not come with a steering wheel or require human direction at all, which wouldn’t meet with certain interpretations of the Geneva and Vienna Conventions regarding road traffic.

Clearly, some regulation is required to allow for driverless car technology to legally — and safely — hit the road. The U.S. Department of Transportation has set guidelines regarding the development and deployment of driverless cars. The National Highway Traffic Safety Administration (NHTSA) will approve vehicles and technologies for use on the road that meet the policy.

The FAVP lays out the groundwork for future autonomous vehicle development in the United States. This eliminates the confusion generated by the previous state-by-state policy development, and improves automakers’ ability to meet a common standard regarding the technology. Considering that road accidents account for over 30,000 deaths per year, nearly all of them due to human error, this NHTSA guidance could be a significant step forward in improving traffic safety for millions of drivers, cyclists, pedestrians and animals.

While the federal guidance regarding the development of autonomous vehicles is still new, it should be noted that this certainly isn’t going to be the last word. If anything, more questions will reveal themselves as driverless car adoption becomes more widespread. Hopefully, the NHTSA’s new proactive approach will create safer roads than the reactive approach of previous generations.