After clinching his first NHRA Funny Car world championship on Saturday night after qualifying for the NHRA Finals at Pomona, Calif., with his NAPA AUTO PARTS Dodge Charger R/T team he was sent a message by a 16-time world champion that he is now the hunted and not the hunter. 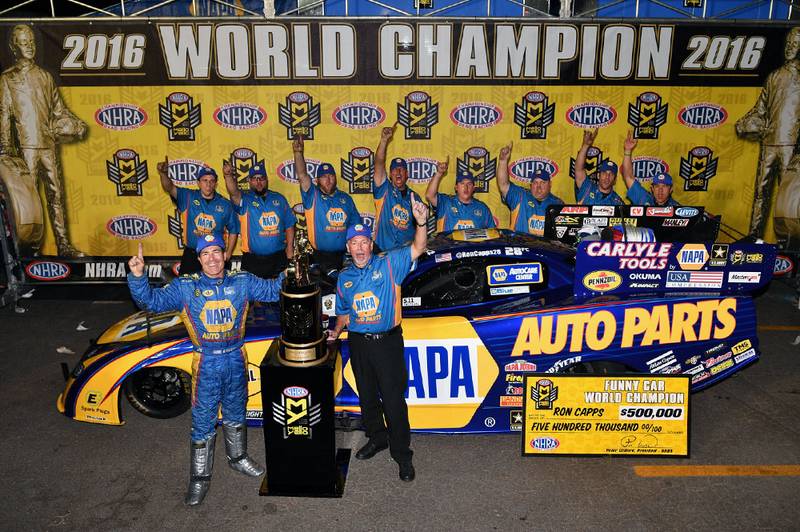 Capps, the popular Don Schumacher Racing driver who grew up going to races at the track in the late 1960s and 1970s in the heyday of drag racing, had been the runner-up for the championship four times and his coronation Saturday was well received by all.

“I love Capps. He’s great for our sport and he loves it. I told him if he thinks the pressure is off now that he’s a champion, he’s wrong. Now he’s gone from being the hunter to the hunted with a target on his back.”

He might or might not have been kidding, he seemed serious in the second round of the Finals when he beat Capps despite a solid run of 3.938 seconds at 324.67 mph produced by crew chief Rahn Tobler and his NAPA Crew. 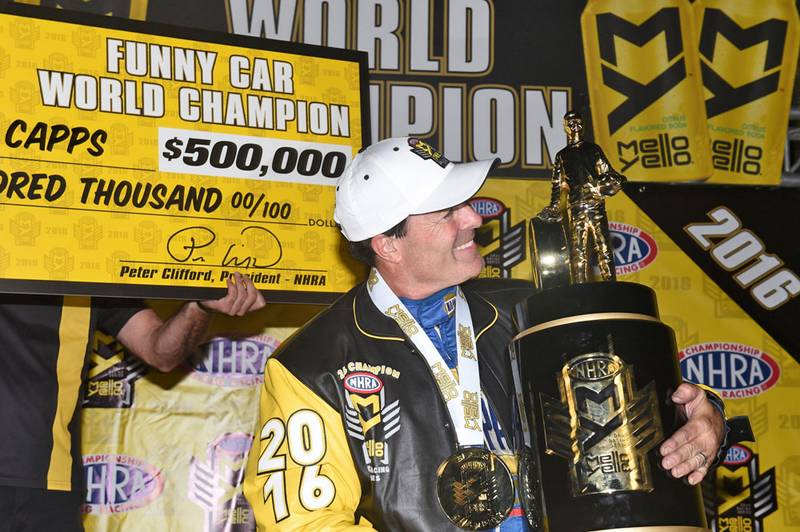 “We really wanted to leave Pomona with two trophies, but we’re not going to be greedy,” said Capps, who finished the year with a category-best five titles that pushed his career total to 50 that includes one in Top Fuel.

“Yesterday took so much out of our whole team and it shows how good Tobler and the guys are that we came out today and ran that good against Force. Losing early didn’t take anything away from what our NAPA team accomplished all season.

“I’m sure there will be some celebrating tonight and tomorrow at the NHRA awards banquet in Hollywood. I can’t wait to bring our team up on the stage and share that moment with them.

“And I’ll finally be standing all the way to the right when the top-10 are introduced.”

Capps finished with 71-point lead over DSR teammate Tommy Johnson Jr., who defeated Force in the final round for his third title of the year. Johnson moved up one spot to second in the standings for the best finish of his career. 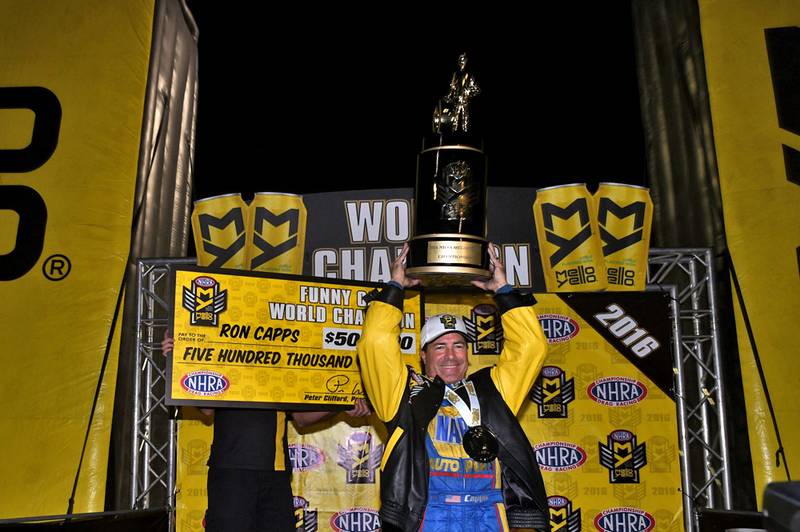 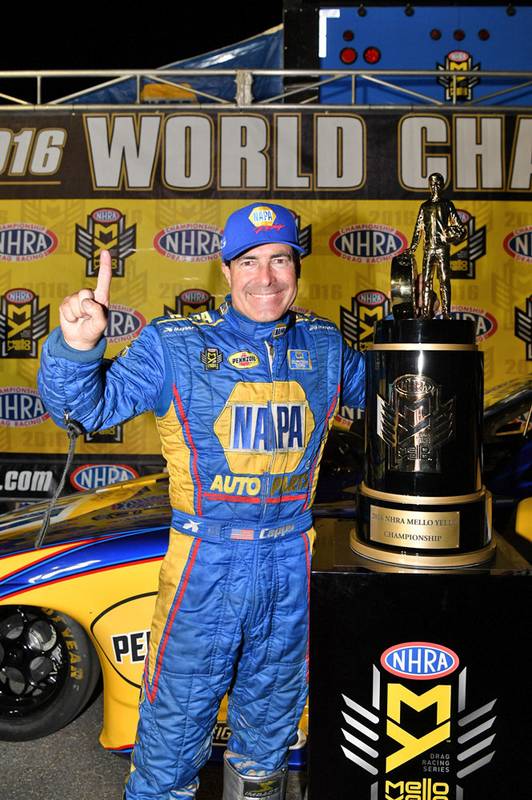 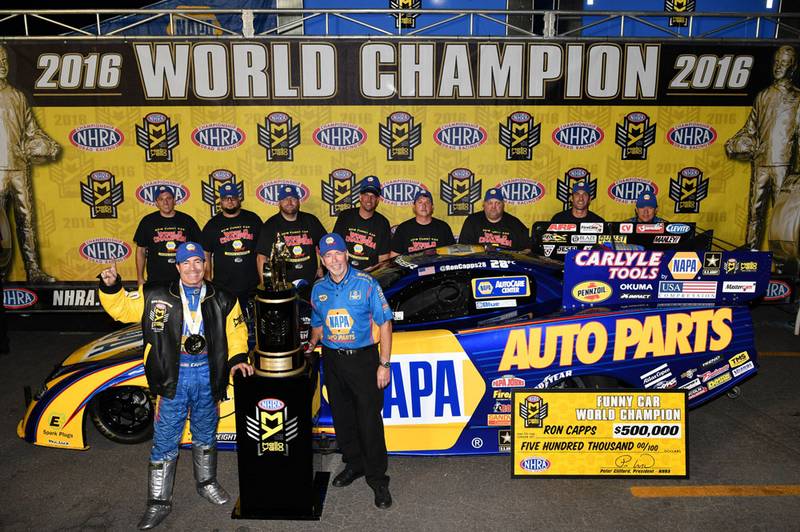