Ron Capps’ competition debut with his new team, led by proven tuners Dean ‘Guido’ Antonelli and John Medlen, got off to a hot start at the season-opening NHRA Gatornationals in Gainesville, Fla. Aboard the NAPA AUTO PARTS Dodge Charger SRT Hellcat, Capps unleashed with a monster 3.895-second run in Q1, the quickest of the weekend, to claim the top spot and backed it up by running low E.T. of Q2 the next day. Capps’ crew chiefs opted to take a chance and step on it in Q3 but hazed the tires and fell short of their aggressive target of a mid-3.8-second elapsed time. 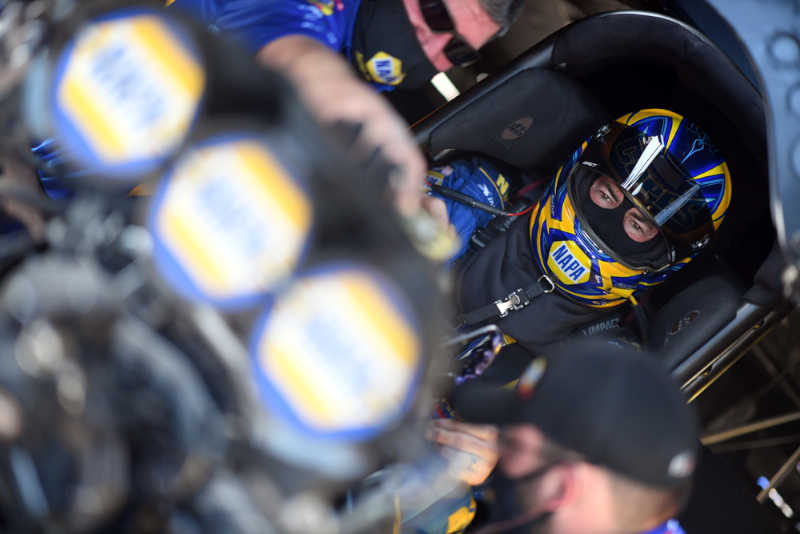 Starting race day from the No. 1 spot for the 26th time in his career, Capps appeared to be in prime position to go back-to-back at Gainesville Raceway where he finished as the event champ in 2020. Armed with the first NHRA Camping World yellow Funny Car No. 1 qualifier hat of the year, Capps was focused on closing out the weekend with the NHRA’s new blue Winner’s Circle hat to match his blue-and-yellow NAPA livery. Capps faced No. 16 qualifier Jim Campbell in round one of eliminations, and raced to victory by driving his NAPA Dodge to a 3.923 E.T. versus his opponent’s instant tire-smoker. While he got the win, he gave up lane choice to his round two challenger, Bob Tasca III, and Capps found himself on the troublesome right side. The veteran drivers were nearly even leaving the starting line, but Capps’ hopes for a fifth Gatornationals Wally trophy went up in smoke when his machine lost traction early into the run and Tasca was able to claim the round win. 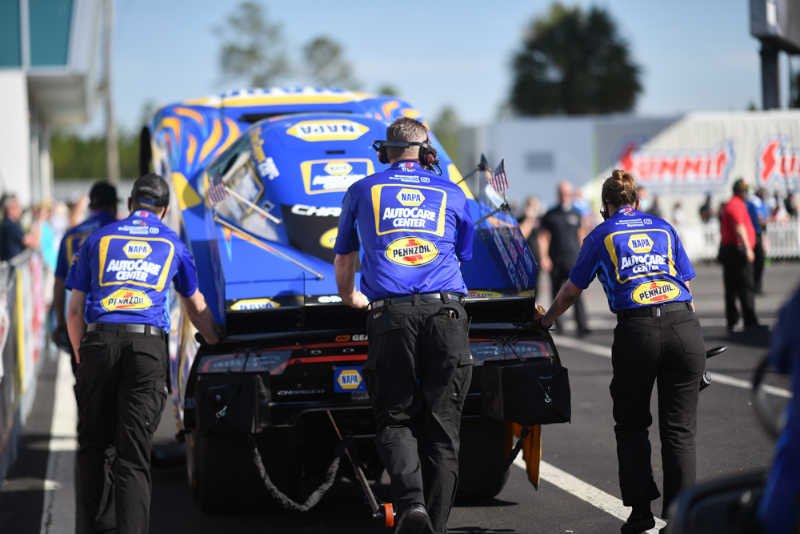 “That’s what I love about this sport – the competition,” said Capps who was a strong contender in last year’s championship chase. “We had a great qualifying outing, but with only three laps you only get one run in one of the two lanes. We wanted to win first round and lost lane choice going into the second round. After watching Robert (Hight) and some of the other cars run, we were very confident with that right lane, but it just seemed to chatter a little bit, sort of in the same spot it did on Q3. That’s just the way it is. Funny Car is so tough. It was almost a perfect weekend, but still ended up being a really good weekend overall. 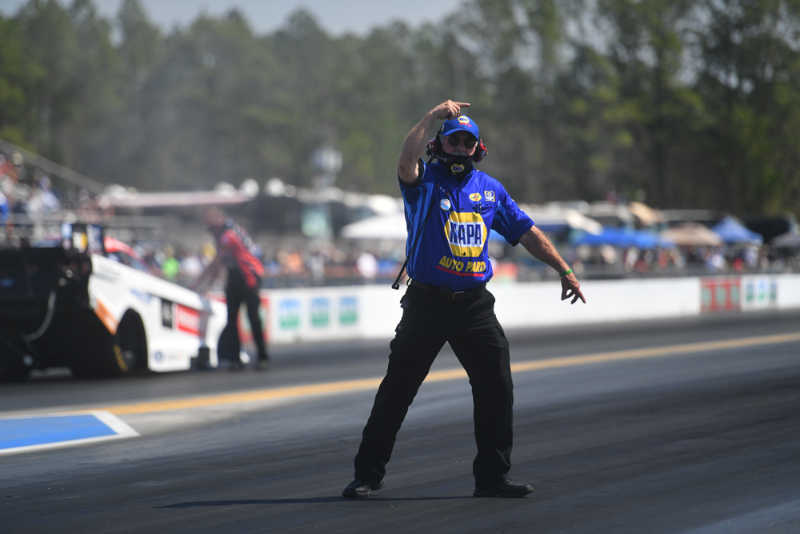 “I’m really looking forward to working more with these guys led by Guido (Dean Antonelli) and John Medlen. We’re keeping it fun like we did with (my former crew chief Rahn) Tobler. It’s great to see so many fans and people being responsible and following protocols to allow us to race. We love the fans coming from all over to support us this weekend. A great opening weekend with GEARWRENCH on the car, and Pennzoil of course. On a separate note, we’re giving away my race helmet to a lucky fan soon. So, pay attention to social media!”

Capps and the NAPA AUTO PARTS Funny Car team depart Gainesville ranked fifth with 64 points. They are scheduled to compete next at the NHRA Winternationals in Pomona, Calif., April 10–11. 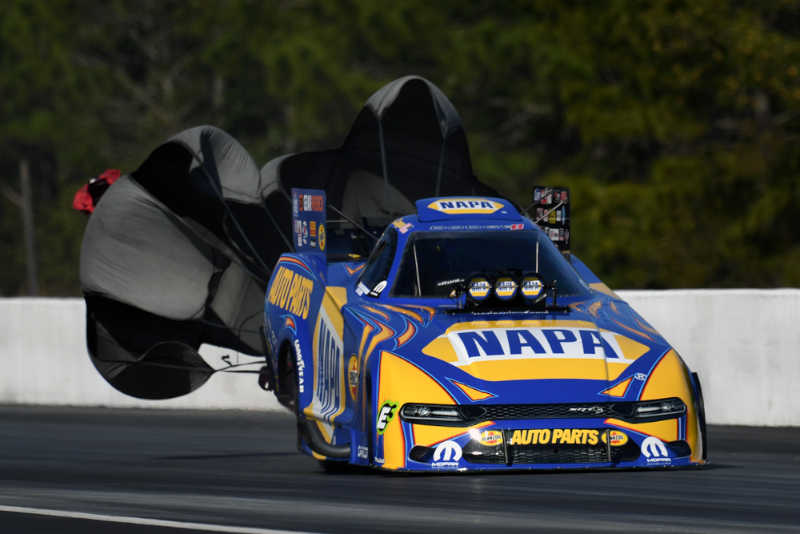 NAPA Know How Blog No. 1 Qualifier Ron Capps off to a Solid Start in 2021