Your parking brake is something you’ve probably never really thought about — at least not until it breaks and you find yourself discussing a replacement or repair with your mechanic. Modern automobiles are increasingly moving to electronic parking brakes, but the general theory and design have remained largely the same for decades.

Here’s a quick look at how parking brakes work and why they occasionally fail. 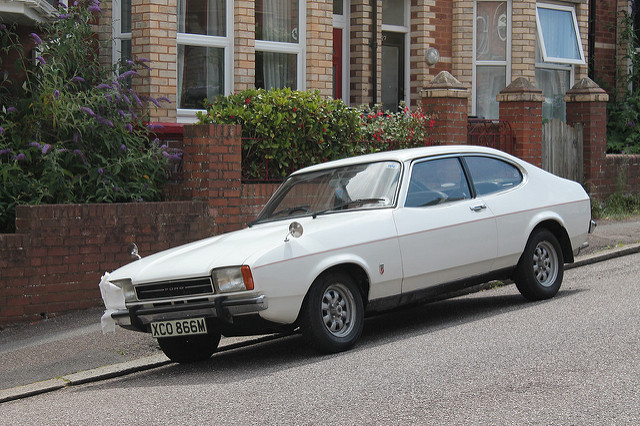 Parking brakes were once known as emergency brakes, and they were designed to be used if the standard braking system on a vehicle failed while driving. To this end, a parking brake doesn’t make use of the same hydraulic system that’s activated by the brake pedal, but rather a cable system that locks the rear wheels in place once activated. Although brake failure is much rarer than it used to be and this function is mainly used while parking, the U.S. still requires automakers to include emergency brakes on cars and trucks.

Once upon a time, almost every car had drum brakes installed on the rear wheels, which made it possible for automakers to include a cable-activated mechanism that would hold the brake shoes in place inside the drum without using the hydraulic system. This cable was controlled via either a pedal on the driver’s left or a handle in the center console. Both were directly linked to the cable itself.

Once disc brakes began to proliferate, car companies adopted a different parking-brake design strategy. Some continued to include a small drum brake inside the disc that functioned much like the original drum system once the cable was pulled, while others introduced a cable that forces the rear brake calipers to clamp down on the rotor.

On modern cars, the pedal or hand brake is often replaced by a button that electronically activates the cable. This is done primarily to free up more space in the center console, where most hand brake levers are traditionally located.

How It Can Fail

The biggest enemy of your car or truck’s emergency brake is that old familiar foe: corrosion. Over time, the cables underneath your car’s chassis that are linked to the brake can rust to the point where they no longer move smoothly. If the cable is inside a shield, it can actually be worse, because the shielding tube can become clogged with grit, grime and corrosion. The less you use your brake, the more likely it is that you will suffer a rust-based failure, which typically manifests in the form of a snapping cable. Even if you drive an automatic vehicle and don’t often rely on the system while parking, make sure you activate the parking brake at least once or twice a week to keep it in good working order.

Check out all the brake system products available on NAPA Online or trust one of our 17,000 NAPA AutoCare locations for routine maintenance and repairs. For more information on your vehicle’s parking brake, chat with a knowledgeable expert at your local NAPA AUTO PARTS store.

NAPA Know How Blog How Does a Parking Brake Work?