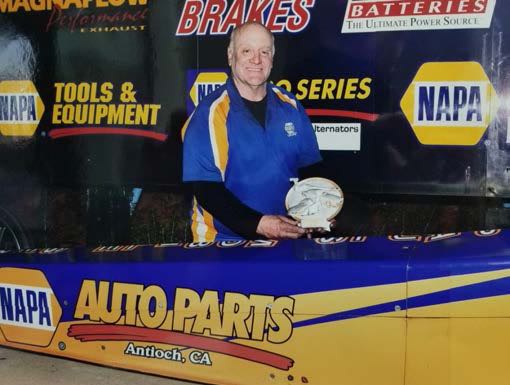 “Paul’s shop has been an AutoCare partner for more than 10 years,” said Willie Ciaramitaro who owns the servicing NAPA AUTO PARTS store, Antioch Automotive Supply. “It’s our largest AutoCare and one of the highest volume AutoCare Centers in the NAPA system.”

“In addition to taking care of Paul’s automotive parts needs, Antioch Auto Supply, as well as NAPA and its suppliers are also proud sponsors of PMS Racing,” added John Uhl, NAPA Sacramento General Manager. “Paul is very accomplished in the regional drag racing series. He and his team are huge NAPA fans and supporters.” 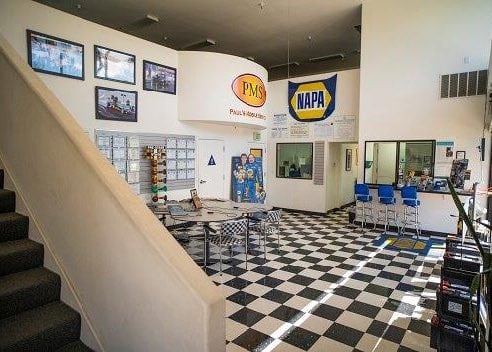 Paul’s Automotive Center and PMS Racing operate out of a 12,000-square-foot high-tech facility situated on 1.5 acres. In addition to providing complete automotive diagnostic, maintenance, and repair services for all types of automobiles and trucks, Rolandelli’s shop offers fleet maintenance, custom fabrication and restoration work, as well as complete machine shop services. It’s also one of the few facilities in the area to perform maintenance and repair on recreational vehicles.

Rolandelli opened the shop in 2008, but has had a fascination with vehicles of all kinds since he was a boy. At about age 6, he and his friends used discarded ball bearings and planks found at the shipyards around San Francisco to construct large homemade skateboards to race down the city’s steep sidewalks. “We probably got going about 40 miles an hour,” Rolandelli recalled. “People in the neighborhood thought we were crazy.”

A few years later, Rolandelli moved on to mini bikes and go karts. “That’s when I fell in love with the internal combustion engine and the power behind it,” he said. Next, came his first car, a Mustang, and then a motorcycle for better fuel economy.

When adulthood caught up with him Rolandelli went to work doing in-house vehicle maintenance for the local cable television company, eventually becoming the head of the maintenance department. His 20-year run in that position ended when the company changed hands and in-house maintenance was eliminated. However, Rolandelli was able to parlay his skills and years of experience into a new role as contractor handling the cable TV company’s fleet maintenance working out of his truck. Soon he hired employees. “Next thing you know I had a fleet maintenance company taking care of the company’s vehicles across most of the San Francisco Bay area,” he said.

When Rolandelli opened Paul’s Automotive Center and expanded his services, he didn’t leave the fleet business behind. Today, he services fleets across the greater bay area from San Francisco all the way to Salinas and Monterey.

The NAPA Peace of Mind Advantage 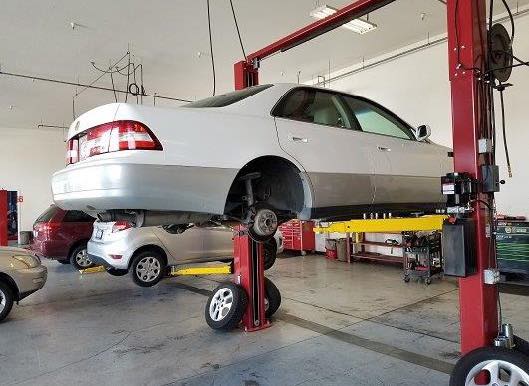 Paul’s Automotive Service became a NAPA AutoCare Center in 2010. “In addition to being a TRACS user, one of the biggest advantages of being part of the AutoCare program is the Nationwide Peace of Mind Warranty,” said Rolandelli. “It’s especially beneficial for our RV customers since many of them travel outside of California. For example, even if they’re in Tennessee and have a problem with a part we installed, they can visit any NAPA AutoCare Center and it’s taken care of. That makes for lots of satisfied customers.” And with more than 8,000 AAA shops in the AAA network and over 17,000 NAPA AutoCare locations, customers of Paul’s Automotive Center are taken care of no matter where their travels take them.

In addition, AAA has over 58 million members in North America giving shops in both programs a huge number of potential customers. Another benefit of being a dual-enrolled shop is a discount earned on NAPA purchases.