When you think about green cars, electric vehicles and hybrids probably come to mind. However, the term also covers certain kinds of low-emissions cars, known as PZEVs or partial zero-emissions vehicles. PZEV is a category of passenger vehicles that was created by the California Air Resources Board (ARB) in 1998. Here’s a look at the related terminology and an outline of the requirements manufacturers must follow to earn this coveted label.

Although the U.S. Environmental Protection Agency has jurisdiction over federal pollution laws, including motor vehicles, California may go beyond the EPA’s requirements and issue its own standards under the Clean Air Act. Pernicious and pervasive pollution difficulties in the Golden State led to an EPA waiver for California. Other states may not institute their own laws, but they are free to follow California’s lead. 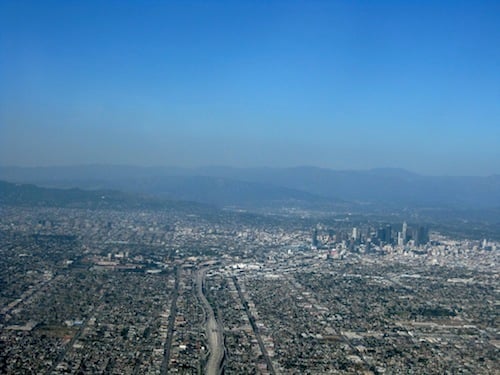 In 1967, then-Governor Ronald Reagan signed legislation creating the ARB. The agency’s overarching purpose is to work with the public, local governments and the business sector to find solutions to the state’s air pollution problem. The ARB is a pioneer in developing air quality standards based on its research endeavors.

Motor vehicles have long been significant contributors to air pollution; consequently, the ARB has sought ways to curtail emissions. In 1990, it launched its Low-Emission Vehicle (LEV) program, setting a baseline for restricting vehicle emissions.

What’s noteworthy here is that PZEVs are as clean as many hybrids. The flip side is that such models do not qualify for the tax breaks available to plug-in hybrid electric vehicle (PHEV) and electric vehicle (EV) owners. Fuel economy isn’t as robust, either, but when it comes to reducing your carbon footprint, PZEVs succeed.

A fifth category, AT PZEV, adds one more factor — advanced technology features. These technologies include hybrid, compressed natural gas and methanol fuel cells with near-zero emissions. The category includes fleet vans or buses, as well as certain hybrids. The sixth and final category is ZEV — zero-emissions vehicles — including battery electric vehicles like the Chevrolet Bolt and hydrogen fuel-cell vehicles such as the Toyota Mirai.

Shopping for a Clean Car

You might think this labeling affects California drivers only, but it doesn’t. Several other states have since adopted California’s clean air standards, including nine in the Northeast. Thus, many car manufacturers now offer at least some PZEV models nationwide, enabling drivers to enjoy hybrid-like emissions efficiencies. Subaru is one such automaker, selling PZEVs in all 50 states.

After 2017, the PZEV label will disappear as all manufacturers add upgraded emissions technologies nationwide as part of the EPA’s Tier 3 Vehicle Emissions and Fuel Standard program. The program applies to oil companies, too, as they’ll be producing cleaner fuels. Thus, the overarching impact of Tier 3 will be cleaner air, leading to improved public health.

Check out all the fuel & emission system parts available on NAPA Online or trust one of our 17,000 NAPA AutoCare locations for routine maintenance and repairs. For more information on PZEV vehicles, chat with a knowledgeable expert at your local NAPA AUTO PARTS store.

NAPA Know How Blog PZEV — What is it?