If you’re tooling around with a wrench set in the U.S., you’ve probably cross-threaded a bolt or two, thinking it was a standard when actually you had a metric in your hand. It happens. With the metric system being adopted (almost) everywhere else in the world and the U.S. stubbornly holding on, it’s always a good idea to measure twice and thread once. Have you ever misidentified a nut or bolt? When it comes to metric vs. standard bolts do you know the difference?

1. The Metric System is useful because it is an internationally standardized system of measurement which relies on easily convertible units. There are only three countries that haven’t officially adopted the Metric System. One is the US of A. The other two are:
a) Canada and England
b) Burma and Liberia
c) China and Russia

2. According to Merriam-Webster, a base unit is “one of a set of fundamental units in a system of measurement that is based on a natural phenomenon or established standard and from which other units may be derived.” Examples of “base units” in the metric system are:
a) Second, ampere, candela
b) Foot, inch, ounce
c) Pounds, stones, blips

3. America did not invent its own system of measurement. Originally the U.S. Standard System is derived from the:
a) British Imperial System
b) Japanese Shakkanhō
c) French Carolingian

4. There are many ways to measure a fastener accurately so you can be sure you’ve got the bolt you need. The “10.9” stamped on to the head of this bolt denotes what? 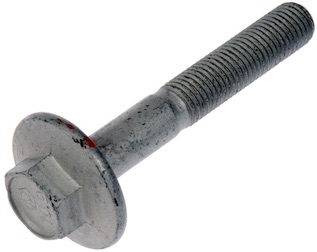 6. Both the Metric and Standard Systems are called by different titles. SAE, Imperial, and Customary are all other names for:
a) The Metric System
b) The Standard System
c) Neither

7. The Metric System was originally developed in:
a) France
b) India
c) China

9. SAE is an acronym that stands for:
a) Society of Automotive Engineers
b) Standard Automotive Engravings
c) System of Amplitude Endorsement

10. The words “course” and “fine” may describe the threads of which kind of hardware?
a) Imperial
b) International System
c) Metric

Check out all the tools & equipment available on NAPA Online or trust one of our 17,000 NAPA AutoCare locations for routine maintenance and repairs. For more information on metric vs. standard bolts, chat with a knowledgeable expert at your local NAPA AUTO PARTS store.

NAPA Know How Blog Quiz: Metric vs. Standard Bolts. Do You Know The Difference?