There are a number of modern car features that can actually trace their genesis back to much earlier days of motoring, when automakers were looking for almost any advantage they could snag in order to keep themselves ahead of the competition. Unfortunately, early technology often wasn’t capable of keeping pace with the imaginations of engineers and designers, which means that many of these features disappeared quickly from the market only to reemerge decades later when their execution was made much easier by the march of progress. Check out these four modern vehicle features that have their roots entrenched firmly in the past.

In the early 1950s, Cadillac — soon to be followed by the rest of General Motors — began to offer the Autronic Eye automatic headlight-dimming system. The unit relied on a photo sensor that sat on the dashboard and dimmed the high beams as soon as it detected oncoming light. Unfortunately, it was a little too sensitive to street lamps and other light sources, and despite being improved over the years, it was eventually dropped from all brands save Cadillac (which kept it alive almost until the ’90s). Both Ford and Chrysler also offered similar systems at the time before removing them from the order sheet by the 1970s.

Automatic transmissions have been using buttons to select drive, park and reverse since the mid-’50s, when it was a common Chrysler option outfitted to a wide range of vehicles. While other automakers experimented with similar car features, only Chrysler kept the touch-to-shift technology alive well into the 1960s, when it disappeared in favor of more traditional levers and stalks.

Cadillac was again the first to market with this innovative technology back in 1981, when it introduced the 8-6-4 engine, a motor designed to shut down opposing cylinders in order to improve fuel economy when cruising at a steady speed. Shortly afterward, Mitsubishi introduced a similar system, called MD. Unfortunately, the Cadillac implementation was troublesome at best, and Mitsubishi discovered that no one was really interested in paying for its tech, so these car features disappeared from the market until being revived in the early 2000s. 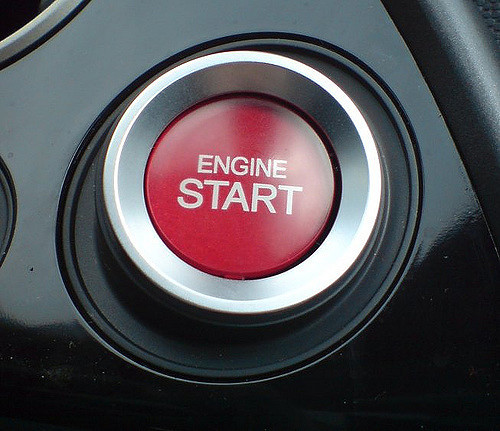 Open the door, push the start button and get underway without ever having to take the key out of your pocket. Sounds like the definition of modern convenience, right? Actually, the very first cars equipped with electric starters (the ones you didn’t have to crank by hand) all offered a push-button start, either on the dash or as a floor button. It wasn’t until years later that the twist-key ignition became commonplace.

Just because these car features didn’t catch on right away, doesn’t mean that they weren’t good ideas. Sometimes, it just takes further development and experimentation to come up with a solution that’s the right fit for the market at the right time.

Check out all the tools & equipment available on NAPA Online or trust one of our 17,000 NAPA AutoCare locations for routine maintenance and repairs. For more information on unique car features, chat with a knowledgeable expert at your local NAPA AUTO PARTS store.