Ron Capps drove the Pennzoil/NAPA AUTO PARTS Dodge Funny Car to the No. 1 qualifying spot and onto his fourth final round appearance of the season at the Dodge NHRA Finals presented by Pennzoil. By picking up two event wins in 2020, Capps helped contribute to the Don Schumacher Racing Funny Car team’s record streak of 14 consecutive race wins. Capps’ fourth-place finish marks his 16th consecutive season of finishing in the Top Ten. 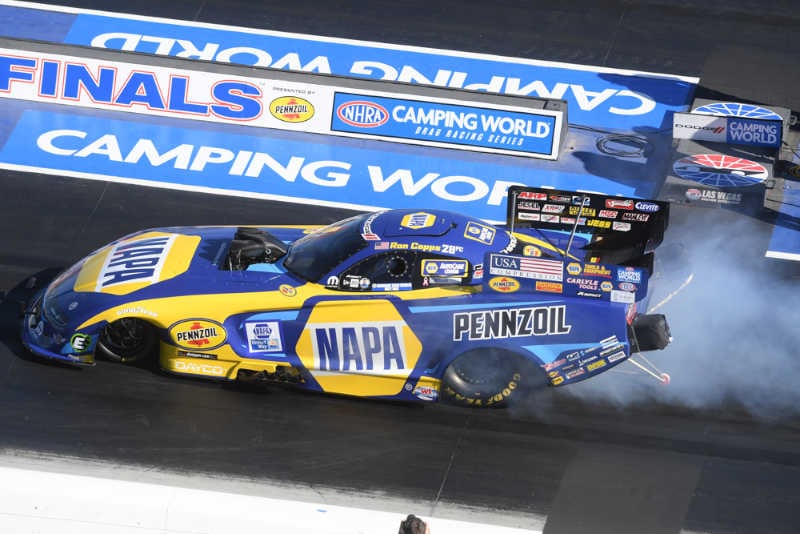 It’s been a tumultuous year for everyone, but Ron Capps will be the first to admit, his 2020 campaign got off to a rocky start even before the global COVID-19 pandemic halted ‘normal life.’ Capps’ team suffered a trailer fire on the way to pre-season testing and began their year with a string of missteps, including a pair of first-round losses, and a bottom-seeded qualifying effort at the first race back after the four-month season pause. Capps often brags about his team’s ‘NAPA Know How,’ and crew chief Rahn Tobler’s ability to overcome adversity soon became clear. At the Indy 3 event, Capps qualified third and turned on four win lights on race day, earning his first Lucas Oil Raceway at Indianapolis trophy. After that, Capps and the NAPA AUTO PARTS Funny Car team never looked back. They captured the race win in Gainesville, Fla., just two events later, and went on to race to the semifinals in Dallas before recording a runner-up finish in Houston. 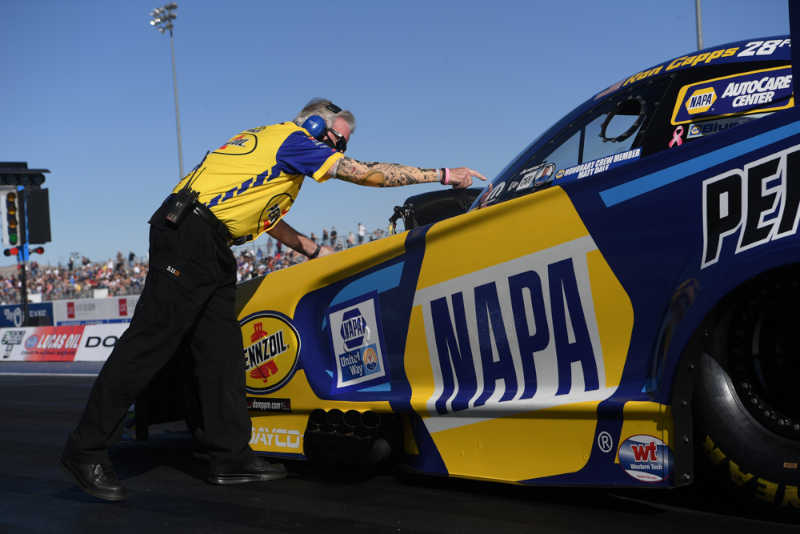 At the season finale in Las Vegas, Capps earned his first pole position of the season and 25th of his career to start race day with a round-one matchup versus Chris Morel. Capps’ opponent suffered a fuel leak on the starting line, allowing Capps a bye run to move on to round two. In the quarterfinals, Capps powered the NAPA Dodge to a winning 3.953-second pass to outpace J.R. Todd. He then went on to defeat teammate Tommy Johnson Jr. in the semifinal round to earn a bid to the finals for the fourth time in 2020. Capps lined up opposite newly-crowned Funny Car world champion Matt Hagan in the final round and was hoping to prevent his teammate from doubling-up on hardware on Sunday. Capps was quick on the throttle to take the early lead, but his machine let go with a fireball near half-track, and Hagan was able to drive away with the win. 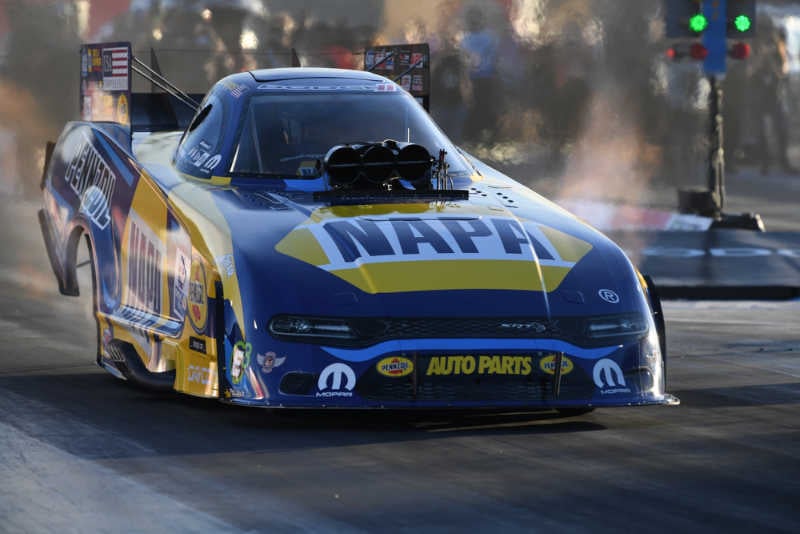 “What a weekend,” said Capps. “It all came to plan. Especially getting the No. 1 qualifying spot and that Camping World hat. We did get a lucky break first round, but Rahn Tobler and the NAPA/Pennzoil guys did a great job turning it back around. It went almost to plan until the final round. The car was running great and I’m not sure what happened, but another one of those pretty big explosions. Thanks to Impact for great safety gear and everyone at the DSR fab shop for mounting a great Dodge body. Two wins this year, some finals, a pole, not a bad 2020 season for this NAPA team.” 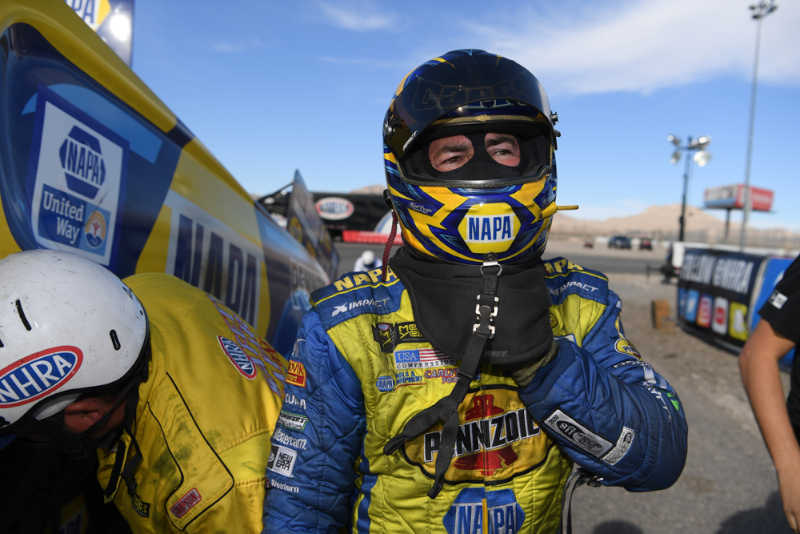 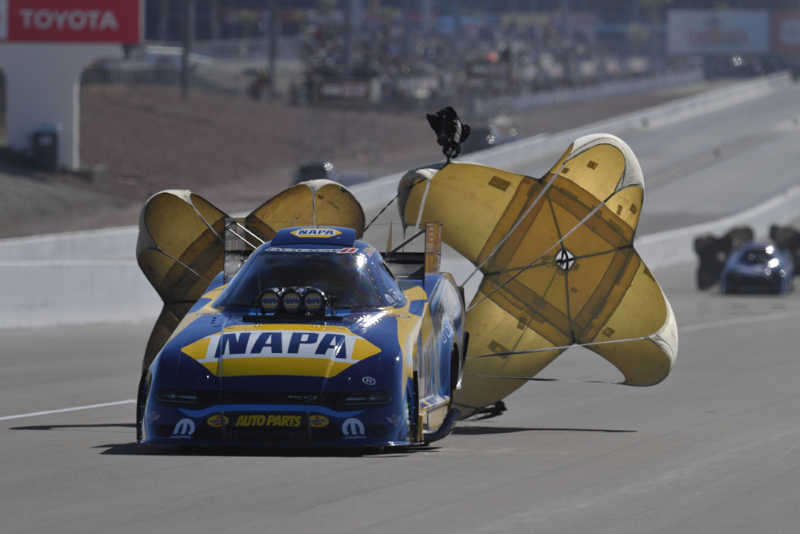