SONOMA, Calif. (July 31, 2016) – Turn back the calendar four decades and Ron Capps would have been one of the kids clinging to a fence in Sunday’s sold-out crowd at Sonoma Raceway near San Francisco to watch a pair of legends race for an NHRA Wally trophy.

Sonoma is one of the tracks Capps attended with his father to watch drag racing superstars, but now he was the focus of fans who watched two fierce but friendly rivals go head to head for the Funny Car title of the Sonoma NHRA Nationals. 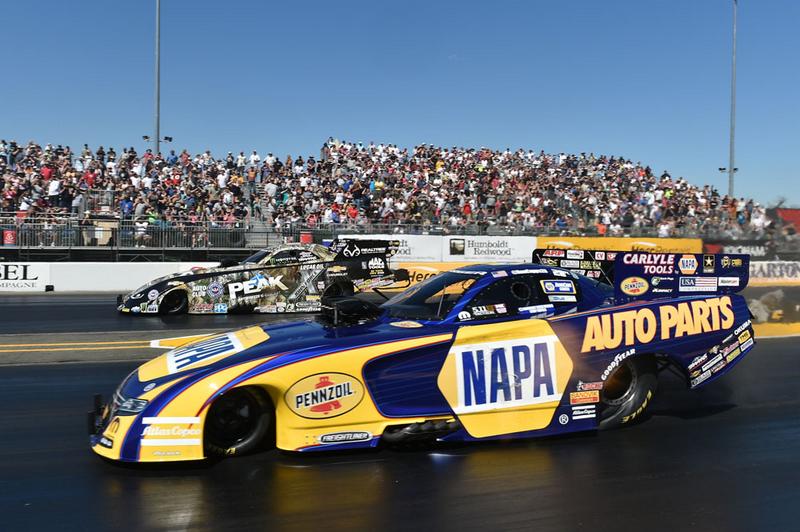 It was another epic battle between Capps and John Force. Although Force won his second straight NHRA Mello Yello Drag Racing Series title, Capps and the NAPA AUTO PARTS Dodge Charger R/T led by crew chief Rahn Tobler extended their lead in the points standings to 130 with three races remaining in the Mello Yello regular season. 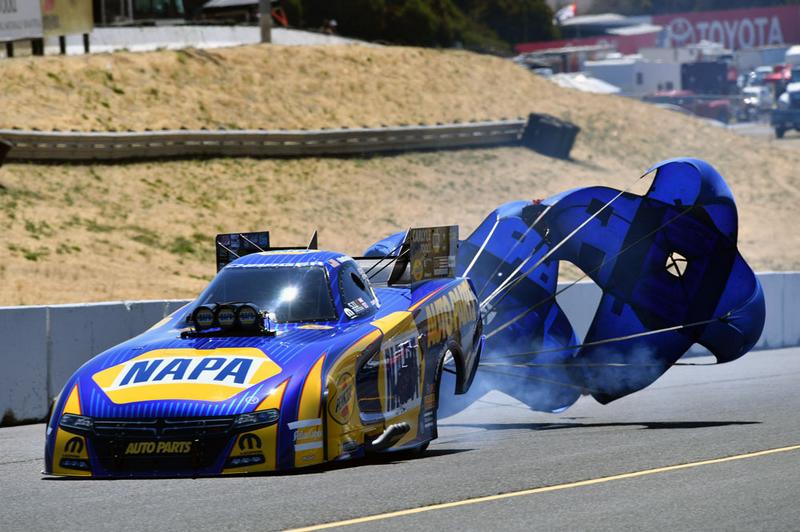 “I’m so proud of Tobler and this NAPA Know How team for what they were able to accomplish this weekend,” he said. “We had to take a couple steps back to make a last-second move with our clutch system that not only paid off today but will help us when the Countdown (to the Championship) begins after Labor Day.

“The car was so consistent and the performance will get better. 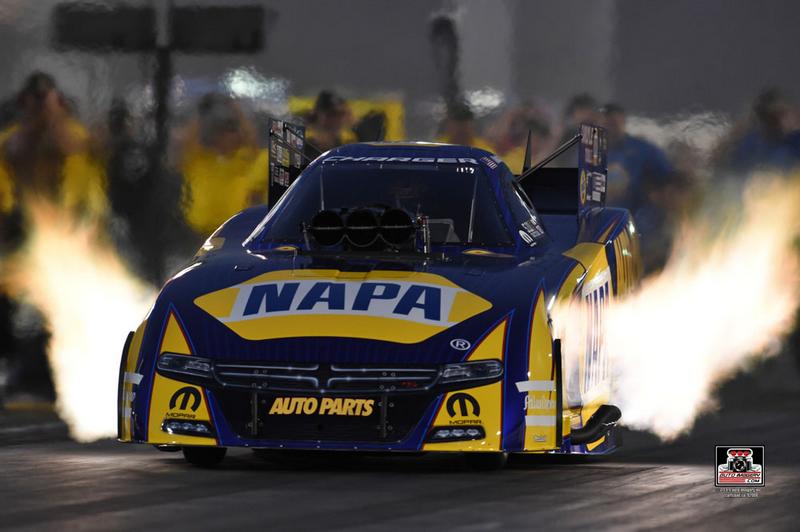 “We lost a close race, but we didn’t give it away. Force just got us at the finish line. It was a fun race. We’ll just keep chugging away.

“You have to go so far to get to these final rounds and this was a big matchup against Force; it was live across the country on FOX and it’s always big when you race him,” said Capps, who clinched a spot in the Countdown with his win in the second round. 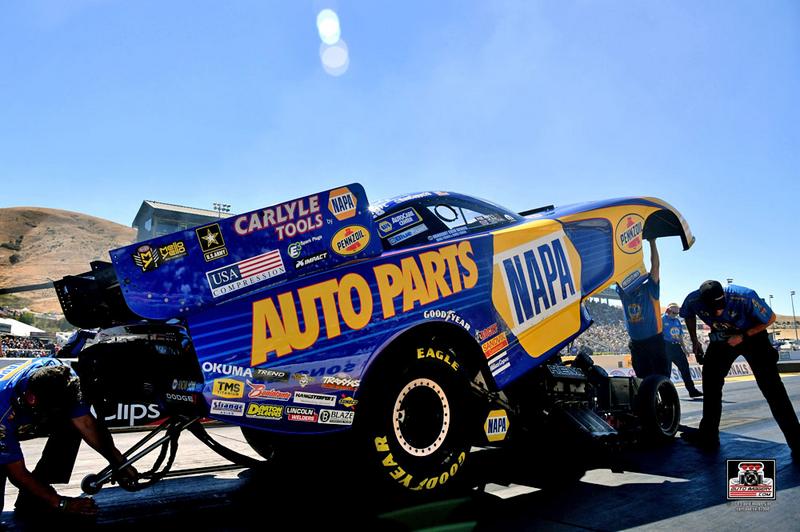 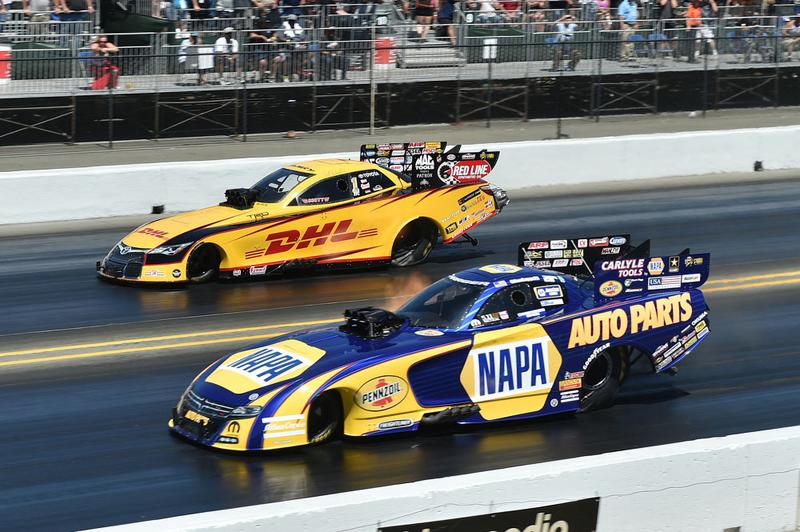