Ron Capps raced the NAPA Brakes Dodge Charger SRT Hellcat to victory on Sunday at the Arby’s NHRA Southern Nationals in Commerce, Ga. It was Capps’ 61st Funny Car victory, 62nd overall, and first of the 2019 season. He accumulated 112 points to advance two spots in the Funny Car point standings.

Capps rocketed to the Atlanta winner’s circle by defeating Shawn Langdon, the most recent Funny Car winner on tour, John Force, the winningest driver in NHRA history, and venerable teammate Tommy Johnson Jr. to reach his first final round of the season and 119th of his career. 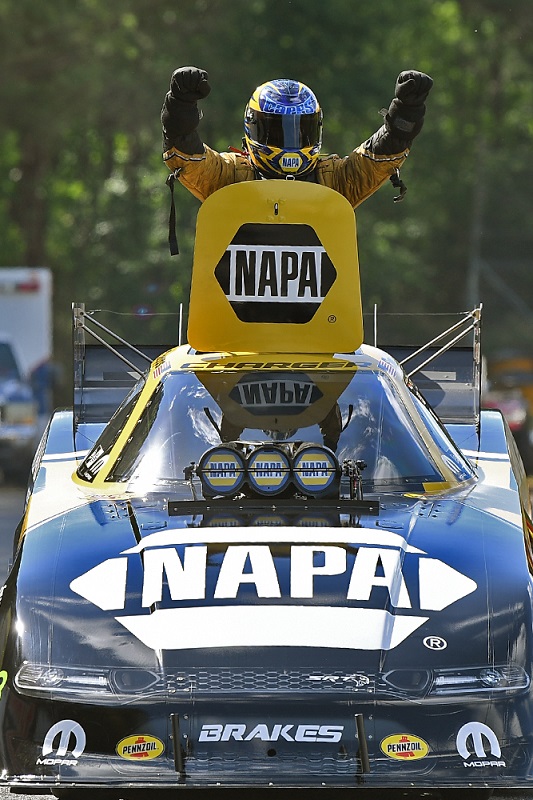 “Today was amazing,” said Capps, who claimed his first event win since the 2018 fall Charlotte race. “It still hasn’t hit me yet. We know we can win from any position, but (starting from 11th) I have to be honest, we didn’t have all of the confidence in the world.”

“We left Houston with so much confidence and then had that whole chassis thing throw us a curveball in Charlotte,” he said, referring to the team’s recent performance struggles. “We barely got qualified and just couldn’t wait to get out of there, and then we get here and again we struggled a little bit during qualifying.” 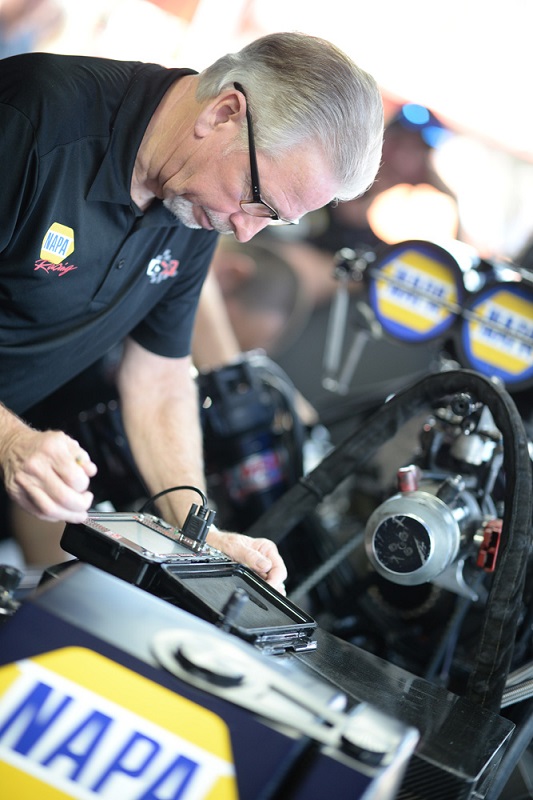 The 2016 NHRA Funny Car world champion started race day by overcoming a bottom-half No. 11 qualifying position to nab the round-one upset win over Langdon despite being assigned the less-desirable right lane. During the quarterfinals in what was their 101st matchup, Capps once again ended Force’s Southern Nationals Wally hopes for the fourth consecutive year by powering his NAPA Brakes Dodge to a session-best 4.022 E.T. 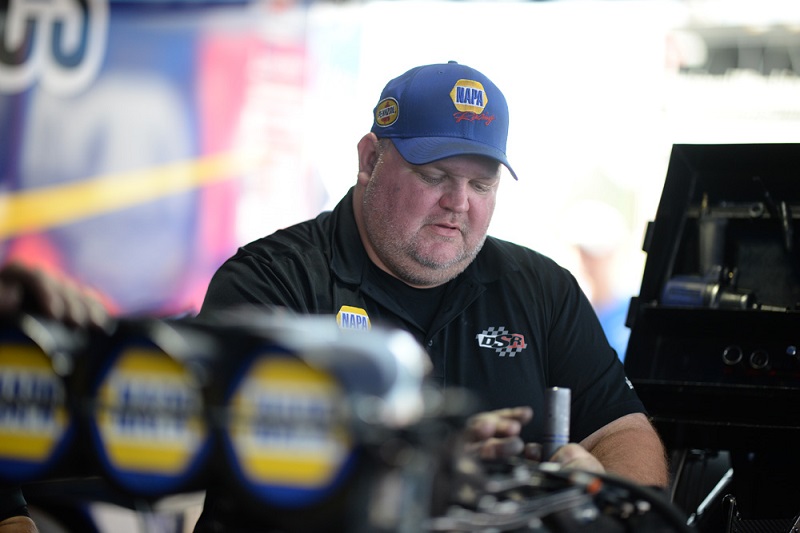 With a 0.047 reaction time, Capps was first off of the line against Johnson in the semifinals and never trailed, posting a pass of 4.071 seconds to reach his seventh Atlanta Dragway final, and setup a final round meeting with veteran racer Tim Wilkerson.

Against Wilkerson, who was celebrating his 500th event, Capps once again was first off of the line and charged his 11,000 horsepower NAPA Brakes Dodge Hellcat down the track in 4.068 seconds to take top honors. 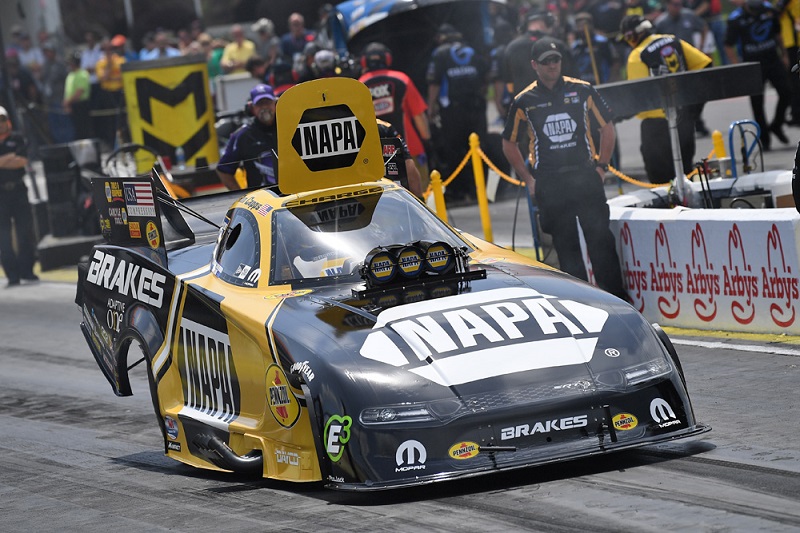 “Today, our NAPA Brakes Dodge was a car you dream about driving. It was going down the lane every time when other people were struggling; cars were having a hard time getting grip and then you have (crew chief) Rahn Tobler pulling out ‘vintage Tobler.’ He tuned the car to a 4.02 in the lane nobody wanted in round two, and all day we were in the lane that everybody thought was inferior and we won in that lane. That just gave me more and more confidence.” 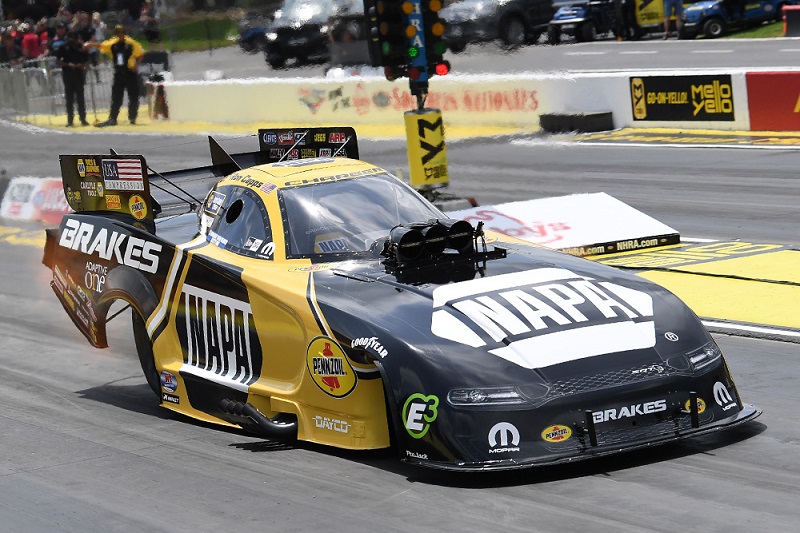 With his Southern Nationals event win, Capps kept his ‘win streak’ alive by recording at least one victory per season for the 11th consecutive year. With 17 races left in 2019, Capps feels confident that his team’s early-season woes are behind them and this weekend’s victory could mark a turning point as they chase their second Funny Car series title.

“At the end of the year, you look back on the moments that define the season. The year that you win a championship or have a really good year, you can look back at a moment and say ‘this is what set us up for a championship run.’ In 2016, we DNQ’d early on and we learned a lot from that and that’s what helped us win the championship. We’ve been struggling this year and as a driver, I’ve learned the crew chiefs need you more than ever when they’re searching. Rahn Tobler has made it look easy a lot over the past decade and I’ve been the lucky guy behind the wheel, but you’ve got to be good when they need you the most.” 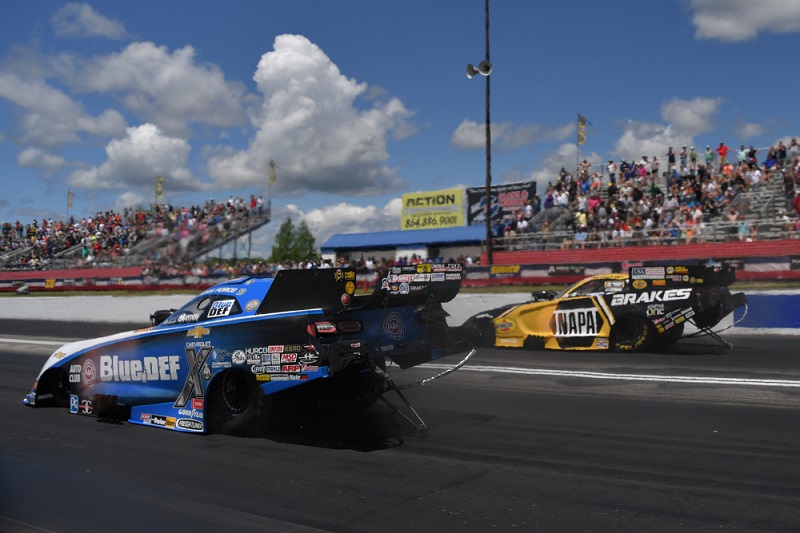 The Ron Capps/Rahn Tobler duo are among the highest regarded driver/tuner crew chief combinations in the industry. Sunday’s NAPA Brakes victory marks their 26th shared winner’s circle, all while bannering the NAPA brand. 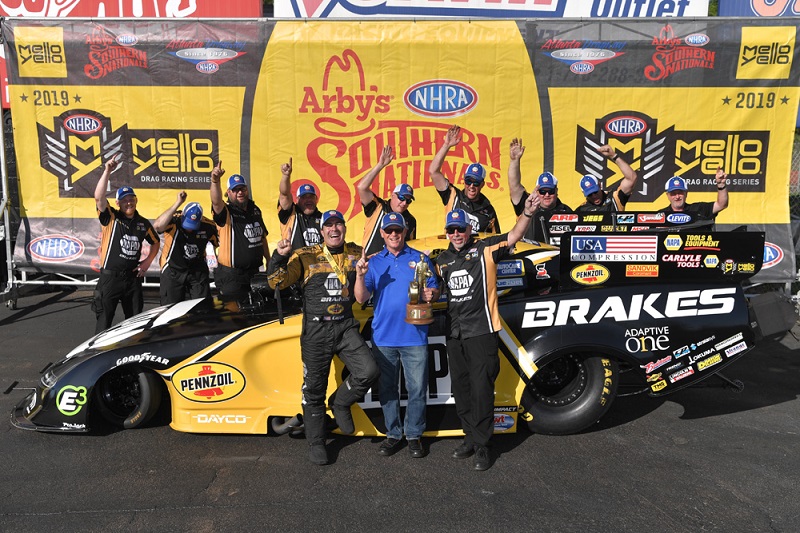 “We brought out this special NAPA Brakes car this weekend, and then you add in the fact that we’re in the backyard of NAPA AUTO PARTS,” said the second-winningest Funny Car pilot in NHRA history. “We had the ‘highest of the high’ of the NAPA execs out this weekend for the first time and it’s really fun to see them witness our sport, and then to give this car a win, you dream about that.” 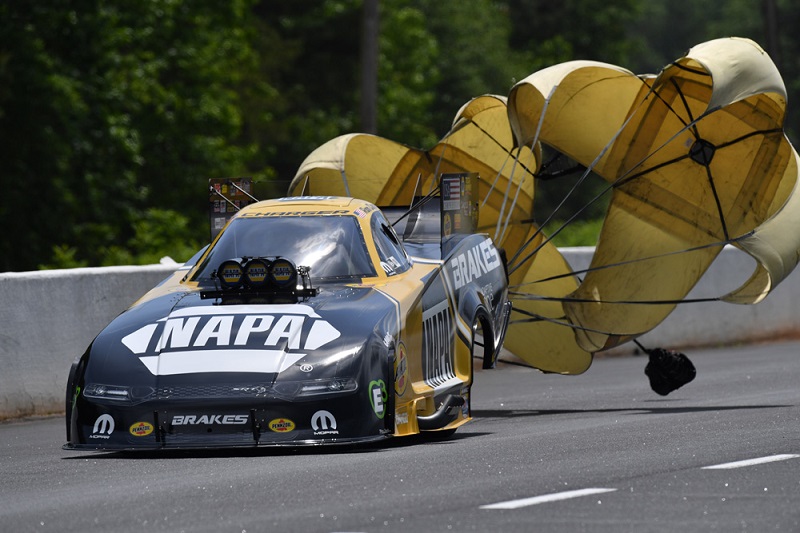 With his Arby’s NHRA Southern Nationals win, Capps accumulated 112 points during the weekend, and advanced from ninth to seventh in the Countdown to the Championship point standings. The win was No. 335 for Don Schumacher Racing.

Next Race: May 17-19, Dinwiddie, Va., Virginia NHRA Nationals
How to Watch or Listen: FS1; NHRA.TV