The No. 27 NAPA AUTO PARTS team found their way to victory lane Sunday afternoon when Alexander Rossi crossed the finish line ahead of 23 IndyCar Series competitors in the Grand Prix of Long Beach. 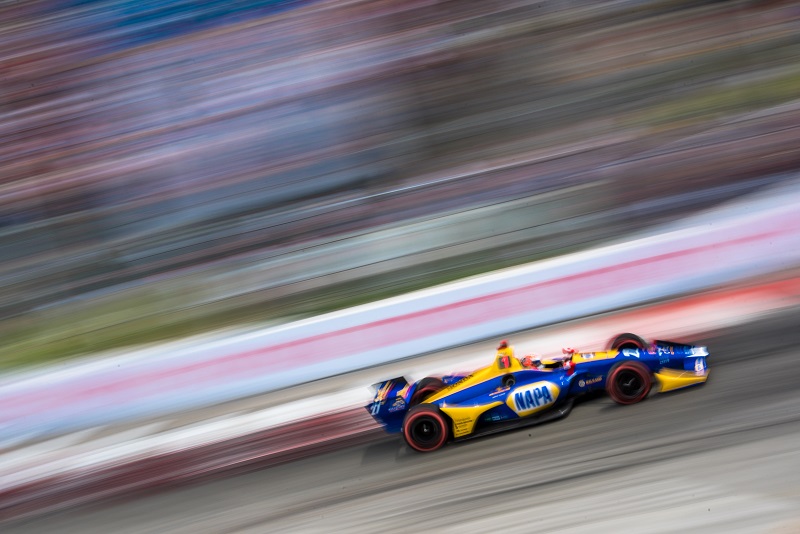 Leading into Rossi’s first-of-two hometown races, the California native had finished on the final step of the podium on both the streets of St. Petersburg, Florida, and the short oval of Phoenix’s ISM Raceway. Heading into the race weekend second in championship points, NAPA Know How led the way and showed determination to take the championship lead during the practice sessions, never stepping outside of the top three. 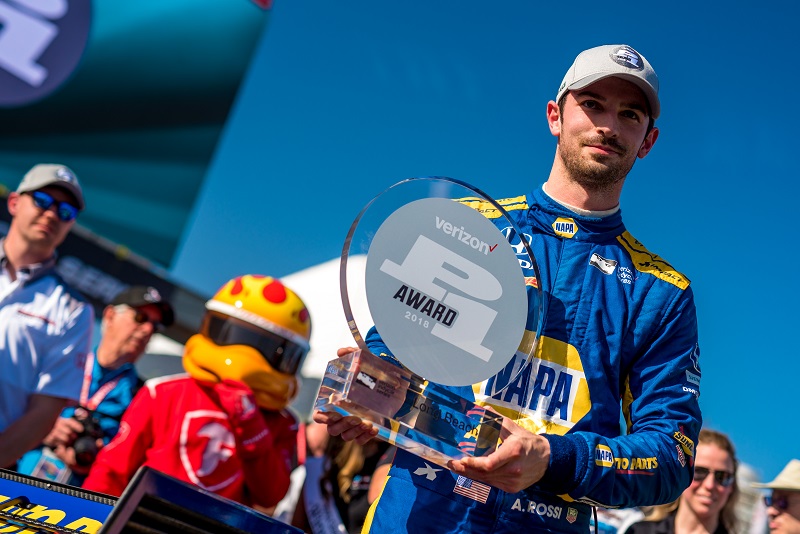 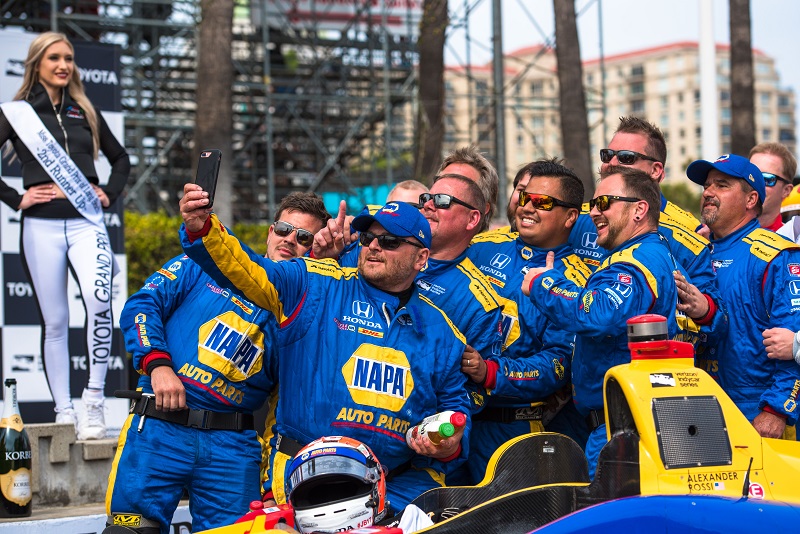 After starting from the first position, Rossi executed a flawless two-stop strategy race, leading 71 of the 85 laps. The 2016 Indy 500 winner became the first driver to win from the pole position at the Grand Prix of Long Beach since 2007 and scored the third victory for Andretti Autosport in the southern California city. When the 26 year-old saw the twin checkers fly, he took the lead of the Verizon IndyCar Series championship. 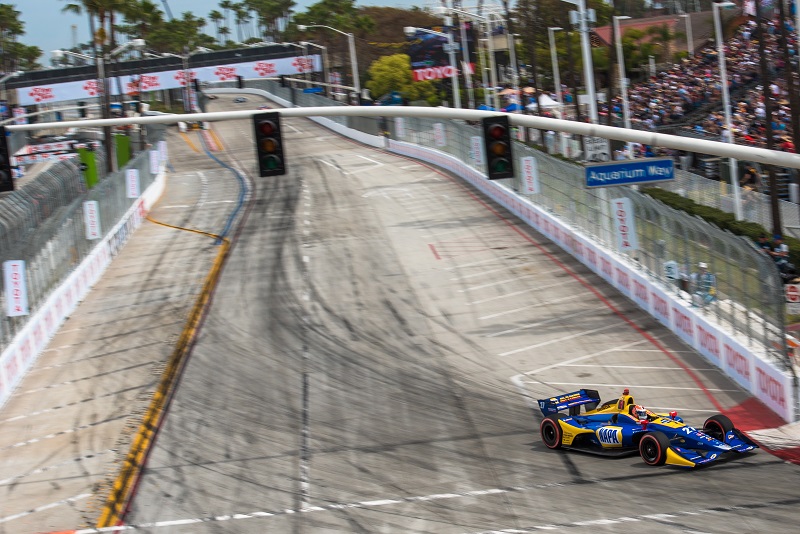 “I think the Watkins Glen car was pretty close to the car we had today, but man this Andretti Autosport team and the NAPA Know How crew…” said Rossi. “It’s unbelievable to win at Long Beach. I can’t really put into words how good the car was all weekend. I think we proved that  and I’m just so glad we were able to capitalize and nothing crazy happened. It’s been a great weekend all around — we announced Crown Royal and the Wall of Gratitude, and then we put the NAPA AUTO PARTS Honda in victory lane, getting the win that I think the Military To Motorsports car should have had last weekend in Phoenix. On top of it all, I got to win in my home state of California in front of all my family and friends. It’s a good feeling right now.” 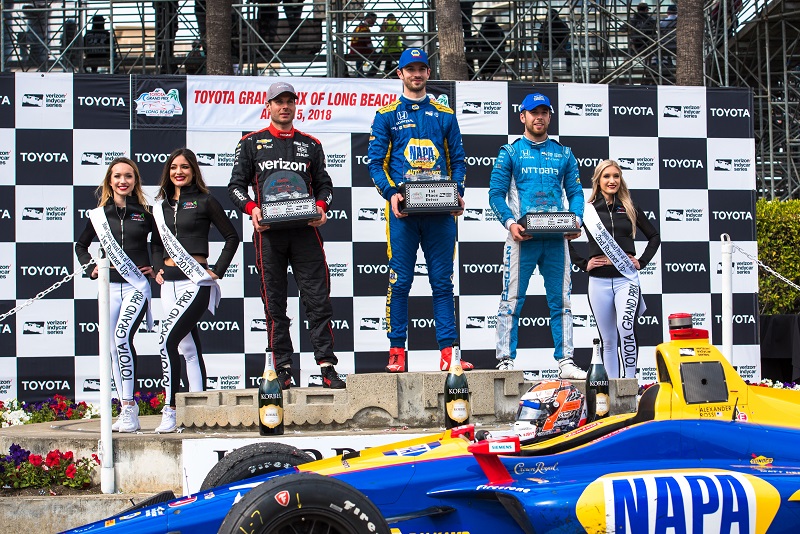 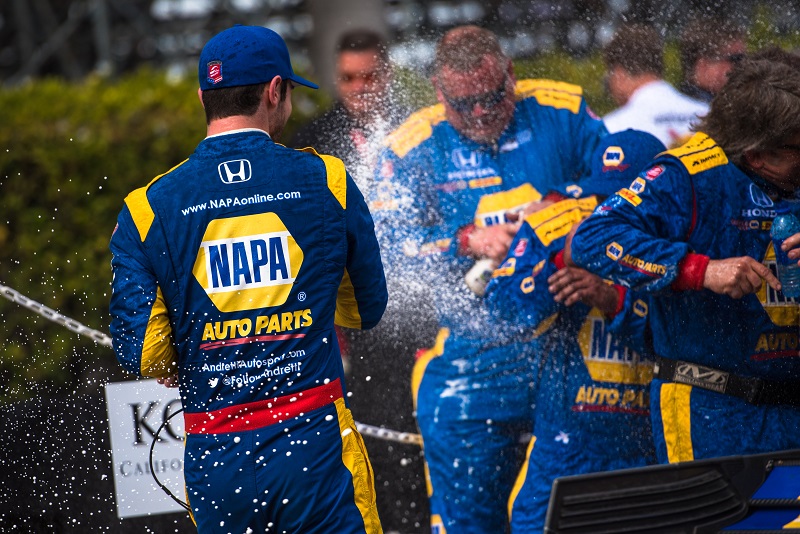