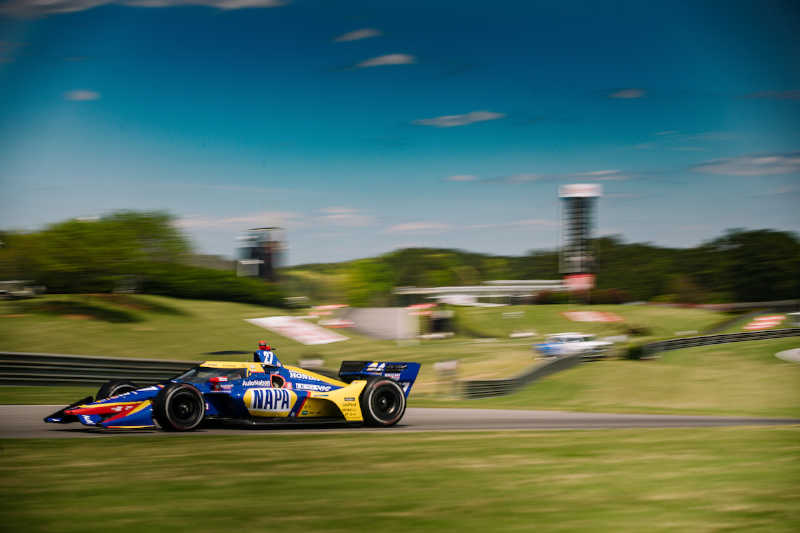 Alexander Rossi and his NAPA AutoCare crew started the weekend strong with their best qualifying showing to date on the 2.38-mile road course. Rossi represented Andretti Autosport in the Firestone Fast Six and came away with a front-row starting view in second place, missing out on the pole position by only .0707 seconds.

“It was a really good day one of 2021 for the 27 NAPA Andretti Honda team,” said Rossi of Saturday’s qualifying effort. “Barber has never really been a great track for us in the past and we started the weekend really strong. I’m incredibly thankful to Andretti Autosport and to the whole 27 NAPA team for the car they gave me. Hopefully we can execute in the race.”

The race got off to a messy start with the No. 2 of Josef Newgarden spinning and collecting a handful of competitors, including Rossi’s teammates Ryan Hunter-Reay and Colton Herta. Rossi, however, stayed clean thanks to his grid position ahead of the incident.

Rossi charged on, chasing down race leader Pato O’Ward in the early stints before strategy settled in and set the remainder of day for the 27 team. 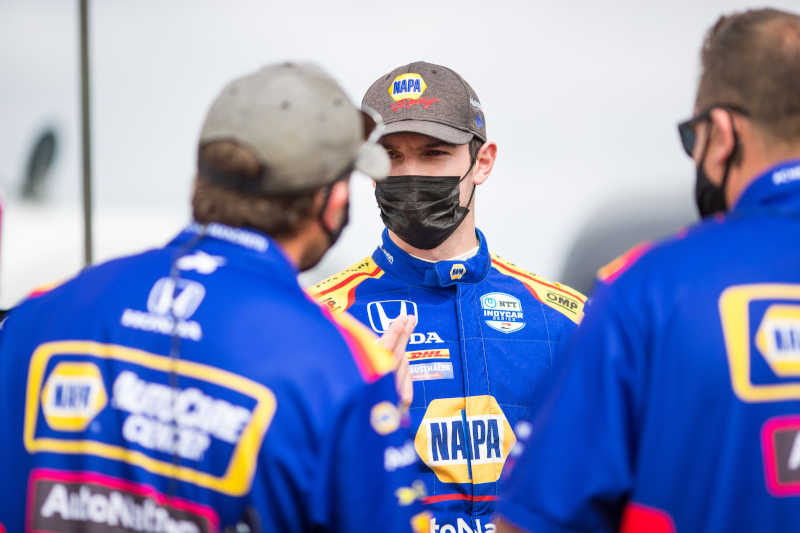 “It was a really disappointing race day for the whole 27 NAPA team,” said Rossi. “We didn’t have great pace on new tires for whatever reason. The pace would come to us as the tires went away. Then the guys in front of us were all on a different strategy. Ultimately, it just wasn’t our day. Overall, it was a good weekend, but it’s just disappointing when you start on the front row and come up short like that. We just have to put it behind us and focus on the next race. We’ll move forward and hopefully be better next weekend.”

Rossi leaves Alabama with a ninth-place finish heading into Round 2 of the three-in-a-row, season-opening stretch. The Firestone Grand Prix of St. Petersburg goes green April 25 at noon Eastern on NBC.

Next Race: Firestone Grand Prix of St. Petersburg, April 25
How to Watch or Listen: NBC, PeacockTV and INDYCAR RADIO Sirius 205