Gio Scelzi battled back for a top-ten finish in Friday’s ARCA Menards Series event at Phoenix Raceway. Scelzi was one of two Bill McAnally Racing drivers to finish in the top ten. 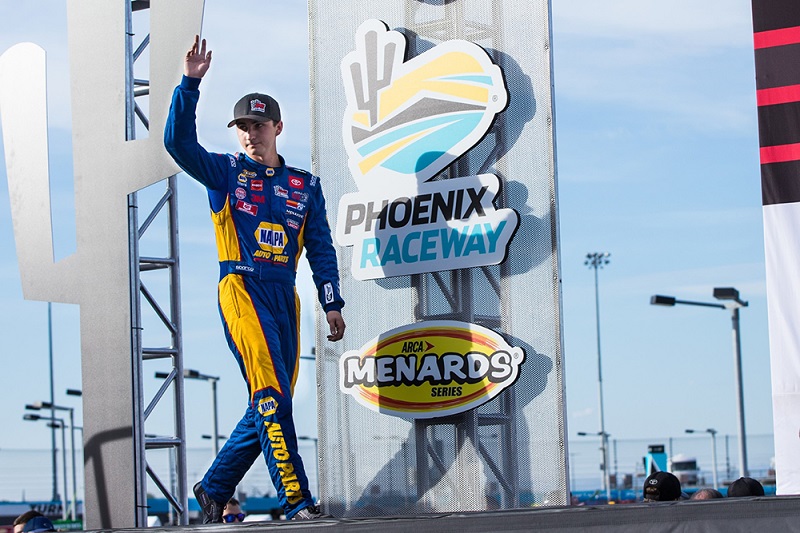 Driving the No. 16 NAPA AUTO PARTS / Curb Records Toyota Camry in ARCA Menards Series Showdown action on Friday night, the series rookie came from the 17th starting spot and was moving up, but tangled with the wall in an incident in the first 50 laps. His crew made quick repairs and he began to battle back from 20th. Scelzi made a steady progression through the field, getting into the top ten in the final laps.

Friday’s event was in advance of the ARCA Menards Series West championship race, to be held at Phoenix in November.